The Clanree Hotel will continue as the main sponsors of Bonagee United FC, the club has confirmed. 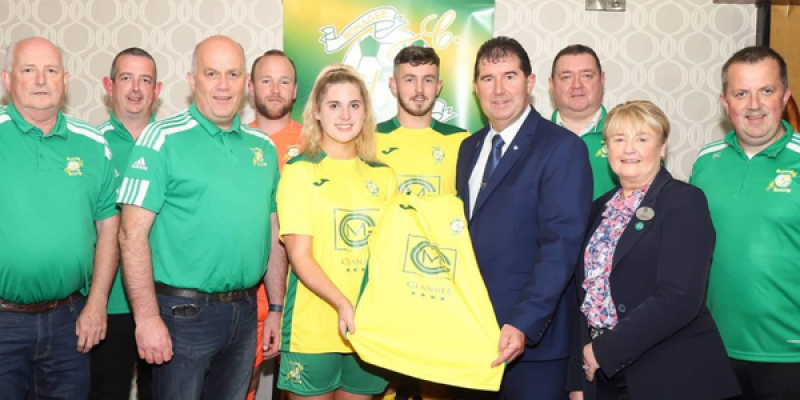 Bonagee United FC has announced an extension of a partnership with the club’s main sponsors, The Clanree Hotel.

The four-star hotel is owned by the McGettigan Group, which operates hotels and bars all around the globe.

“We are fortunate to have a recognised and respected global brand such as the McGettigan Group operating on our doorstep,” said Bonagee United Chairperson Niall Callaghan.

“The Clanree Hotel has had a strong link to Bonagee United and has hosted many club functions and presentations over the years. We are delighted to continue our partnership and have them on board as our principal sponsors.” 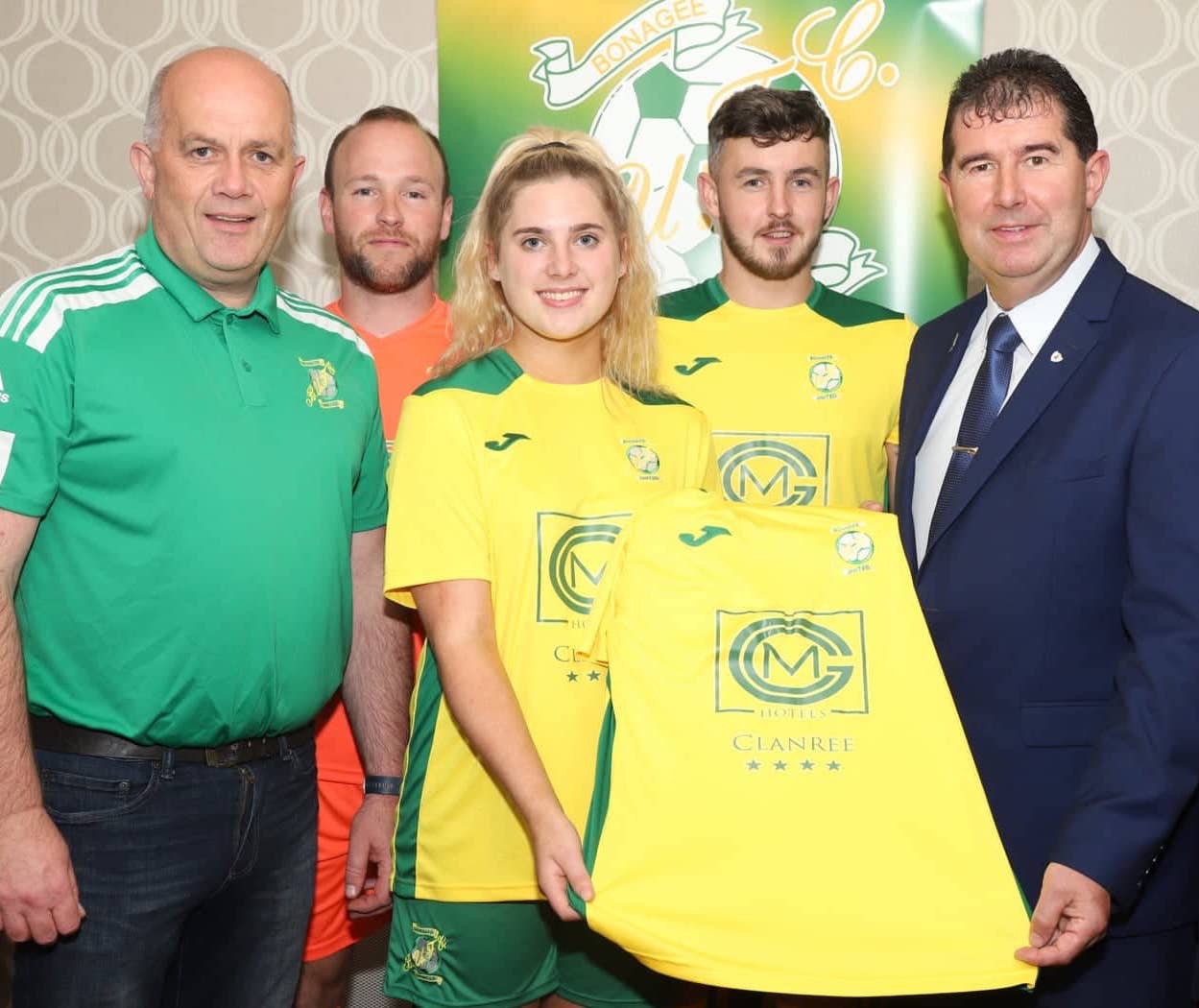 The partnership has coincided with a golden period for the club.

This year, the Bonagee United Ulster Senior League team won a cup treble and later this month will host League of Ireland Premier Division side Shelbourne at Dry Arch Park in the FAI Senior Cup.

In the Donegal League, Bonagee United won the Brian McCormick Sports Cup and the youth team were crowned as Donegal Youth League champions.

Bonagee United senior ladies currently lead the way in the Donegal Women’s League having reached the Intermediate Cup semi-finals and played for the first time in the senior cup, while the underage structure continues to grow.

Mr Callaghan said: “The support of the Clanree Hotel will allow us to further strengthen our position in the community.

“As well as developing on the field, the club continues to improve our facilities at Dry Arch Park, Goose Green and Old Foundry Park.” 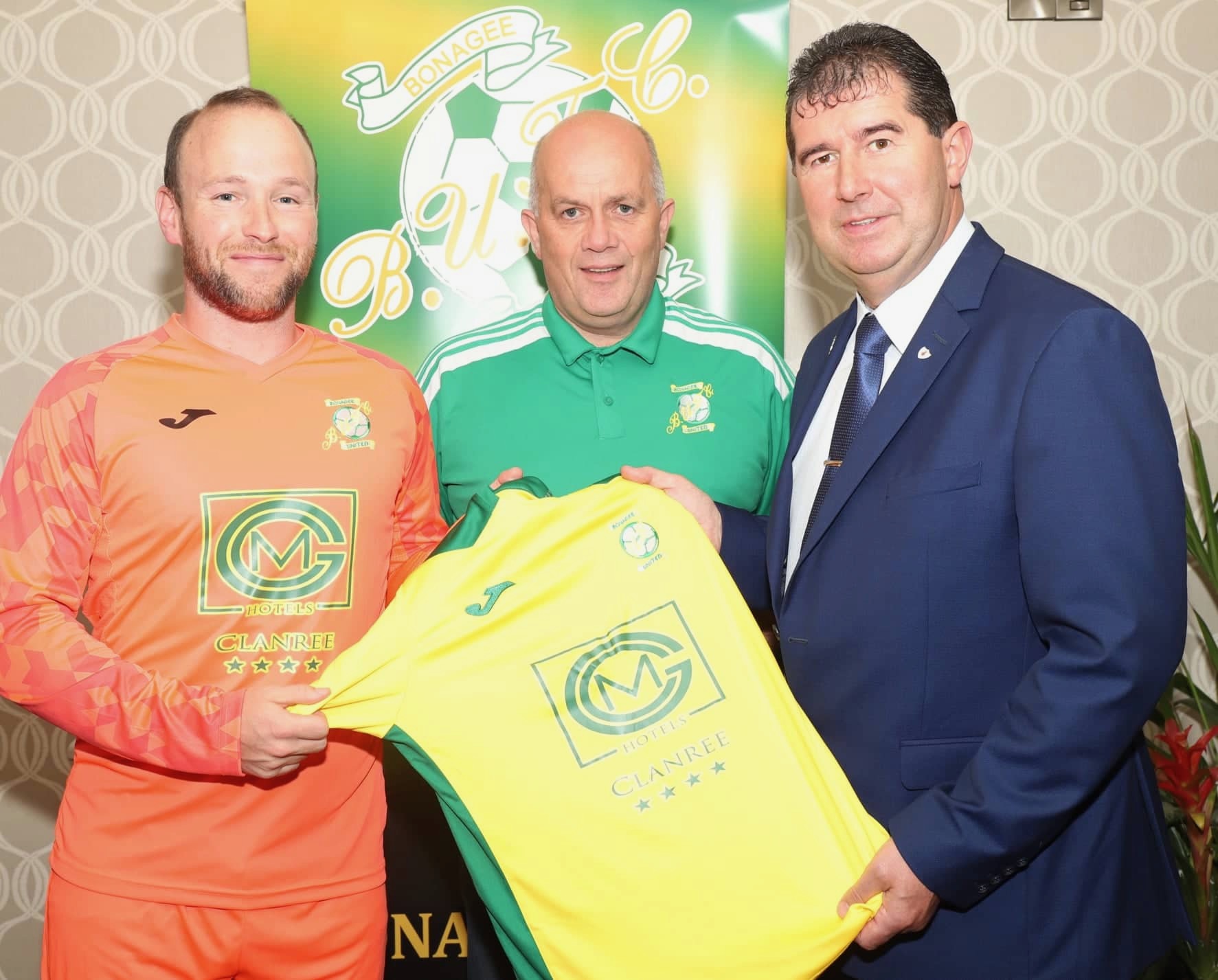 Bonagee United is proud to be the only club in Donegal fielding teams at all levels of the men’s and women’s game, with almost 500 players representing 20 teams.

Michael Naughton, General Manager of the Clanree Hotel said: “We are delighted to extend our link with Bonagee United FC. Bonagee United is a progressive and forward-thinking club with roots firmly planted in the local community. We look forward to the club’s continued success and are proud to be associated with their ongoing development.”