Corey Lavery-McCay, who has strong family links in Donegal, starred as Galway United under-15s won the Oakham Tournament in England and scored the winner against Manchester United. 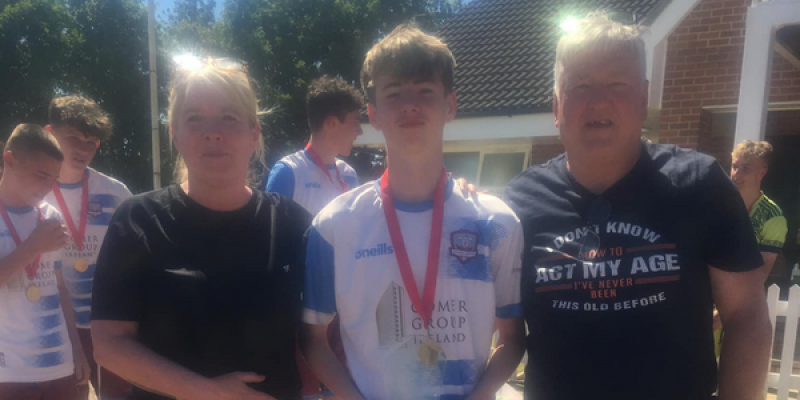 A Galway United schoolboy with strong Donegal connections starred as the Tribesmen’s Under-15s won the Oakham Tournament in England.

Lavery-McCay netted the only goal of the game in the 1-0 win over the Red Devils.

Galway defeated Manchester United a second time when winning 4-3 on penalties in the final.

Lavery-McCay - who has represented Northern Ireland at underage level - also netted in a 4-0 win over New York while Galway drew 0-0 with Dubai Academy.

Finn Harps drop to the bottom after defeat at UCD

UCD, who played for 40 minutes with ten men, came from behind to defeat Harps in a relegation six-pointer at the UCD Bowl and the Students climbed above Ollie Horgan's men

After a 1-0 win over Bohemians, Lavery-McCay scored in a 1-0 win over ISFA with Galway following up by drawing 1-1 with Norwich City and Leicester City.

Goalkeeper MacDara Scanlon saved twice when Galway defeated Bohs on penalties before they toppled Manchester United in the final.

Lavery-McCay’s mother, Caroline, hails from Killea while his father, Michael, is a native of Sion Mills.

A large contingent of the Lavery family reside in Donegal. Indeed, Lavery-McCay’s cousin Keenan Diver is on the books of NIFL Championship side Dergview.