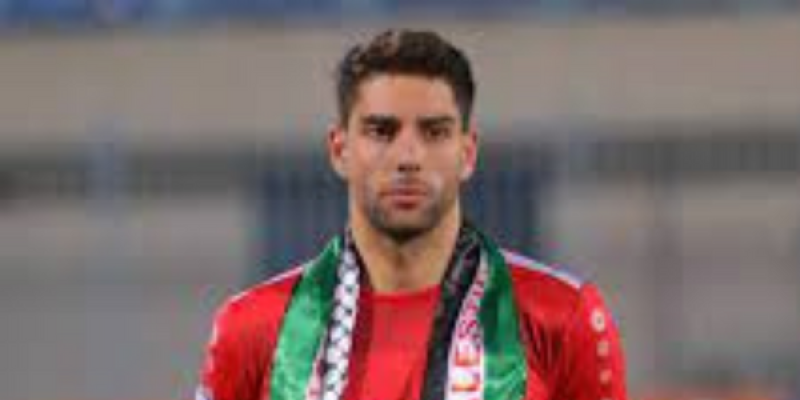 Jaime Siaj, who has signed for Finn Harps.

Jordan international Jaime Siaj has been included in the Finn Harps squad for this evening’s Premier Division game against St Patrick’s Athletic.

Siaj, a 26-year-old striker who last played for Al Ansar in the Lebanese Premier Division, has become Ollie Horgan’s latest recruit. He is among the Harps subs for this evening’s game at Richmond Park.

As a youngster, Siaj spent some time on the books of Real Madrid.

Carrillo, Duncan and McGing come in for Slevin, Connolly and Rainey.

In 2020, he signed with Spanish Segunda División B team Inter de Madrid before having short spells at Khaitan in Kuwait, Italian side Messina and, more recently, Ansar.

“I’m excited to be here,” he said of his move to Harps.

“I’d like to thank Ollie (Horgan), Gavin (Dykes) and the club for the opportunity. We have a tough road ahead but the team is ready to fight to stay in the division.

“Everyone has made me feel very welcome since I arrived and we have some great quality in our team. I’m ready to play my part in the battle.”