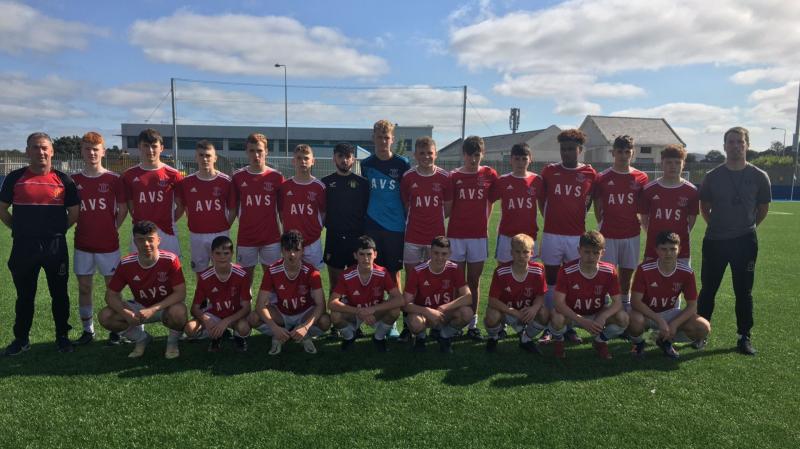 The Abbey Vocational School squad and management in Sligo

Abbey Vocational School from Donegal Town went down to St Joseph's Galway in the FAI Schools Minor Boys U-15 National Cup semi-final at the 4G facility at McSharry Park in Sligo.

The national stage of the competition was resumed from last season’s, wheen Abbey defeated St Eunan’s College 3-0 in the Ulster decider in May. Conor McCahill scored the first two of those on 43 and 48 minutes before Aidan Quinn tucked home a third at Letterkenny Community Centre that day.

In perfect playing conditions in Sligo with the sun shining it was St Joseph's who started brightest. A long ball over the top was half cleared and Jacob Carroll finished to the bottom corner on 11 minutes.

Abbey settled after this and created a couple of chances with Conor McCahill and Eoghan Gallagher testing the St Joseph's keeper. 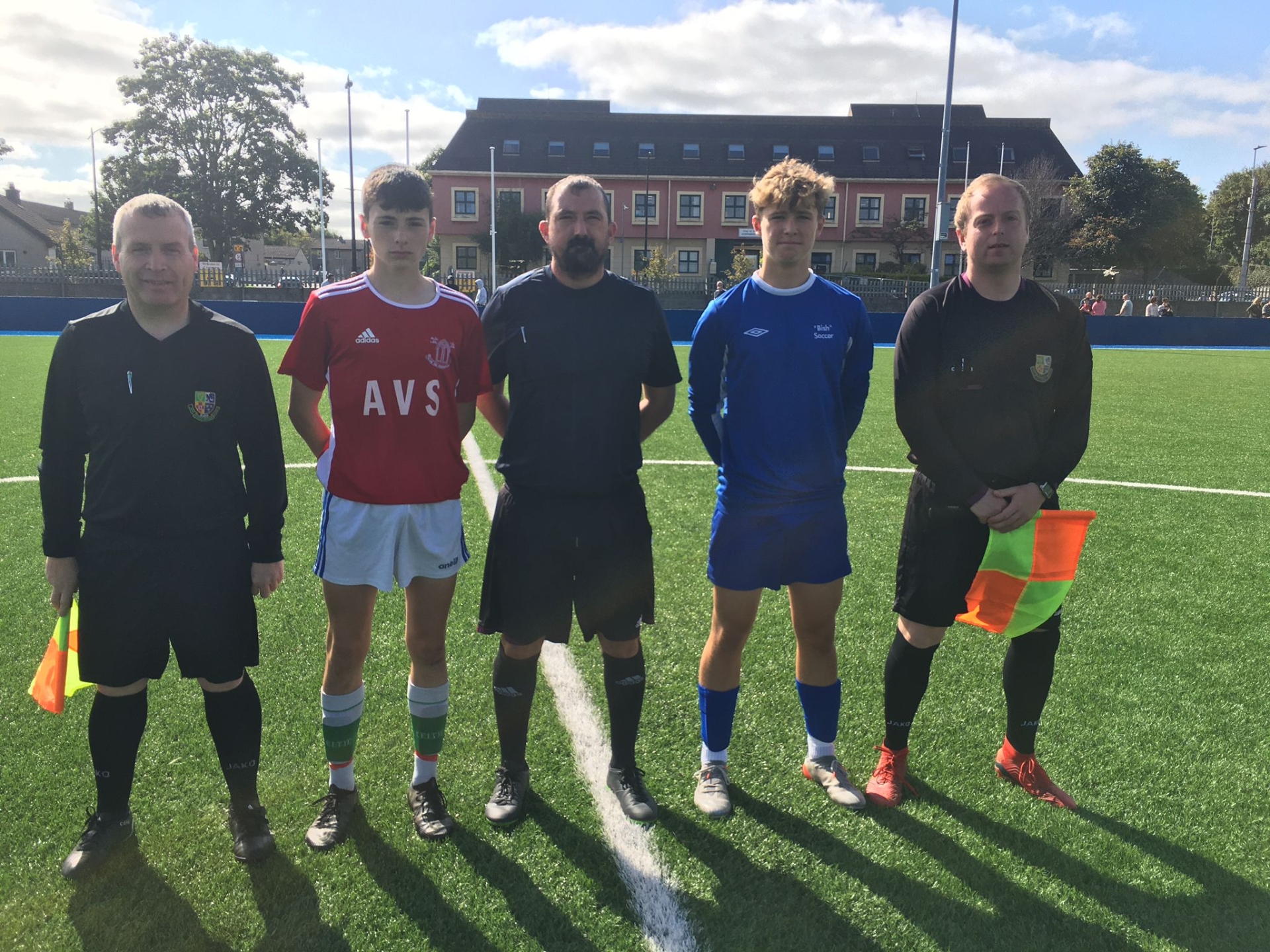 The game was end to end but on 35 minutes, when a free kick into the box by Carroll was cleared but the resulting shot from the break by Bill Regan ended up in the net.

The second half saw Abbey putting it up to St Joseph's and only for some great goalkeeping by Macdara Scanlon should have scored. As the Abbey pushed for another goal and legs getting tired they got caught for a third goal by David Kilraine. Abbey refused to give up and a super strike from Josh Cullen proved consolation and left the final score 3-1.