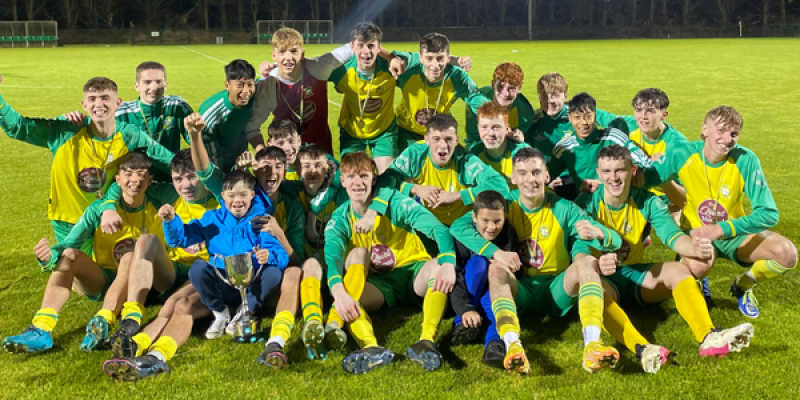 On a night of high drama, when winters first sights were on show, Josh Maxwell’s goal late in the first half decided a cracking Colin Breslin Youth Cup final.

Maxwell netted the only goal of the game as Bonagee United added the cup to the League crown they secured in July.

Bonagee saw Niall McCrossan fire a 27th minute penalty over the top and Gary McCroary’s men were indebted to a top-class performance from goalkeeper Matthew Gibson.

A madcap period of added time would’ve given punters their money’s worth, had there been an admission fee at the entrance.

Jodie Loughrey in Irish Under-17 squad for Portugal friendlies

Kilmac’ finally found a way beyond Gibson in the 93rd minute when Jack O’Neill tucked to the bottom corner. To his right - and to his horror - an offside flag from Sean O’Donnell quelled the celebrations. Seconds later, referee Liam McLaughlin pointed to the spot for a Kilmac’ penalty only for another hoisted flag from his assistant to alter the course.

The officials had to intervene as an unpleasant ending saw tempers boil over at the final whistle. The unsavoury scenes brought an unfortunate end to what had been a thoroughly entertaining affair.

Bonagee - who lost this final to Drumkeen last season - endured a ropey first half and the Dry Arch men survived a couple of big scares.

First, Cormac Brady riffled a brilliant first-time volley narrowly wide of the intended target six minutes later after he was picked out by Rory McGrenra’s diagonal ball. Brady’s execution was excellent, the finish all that was absent 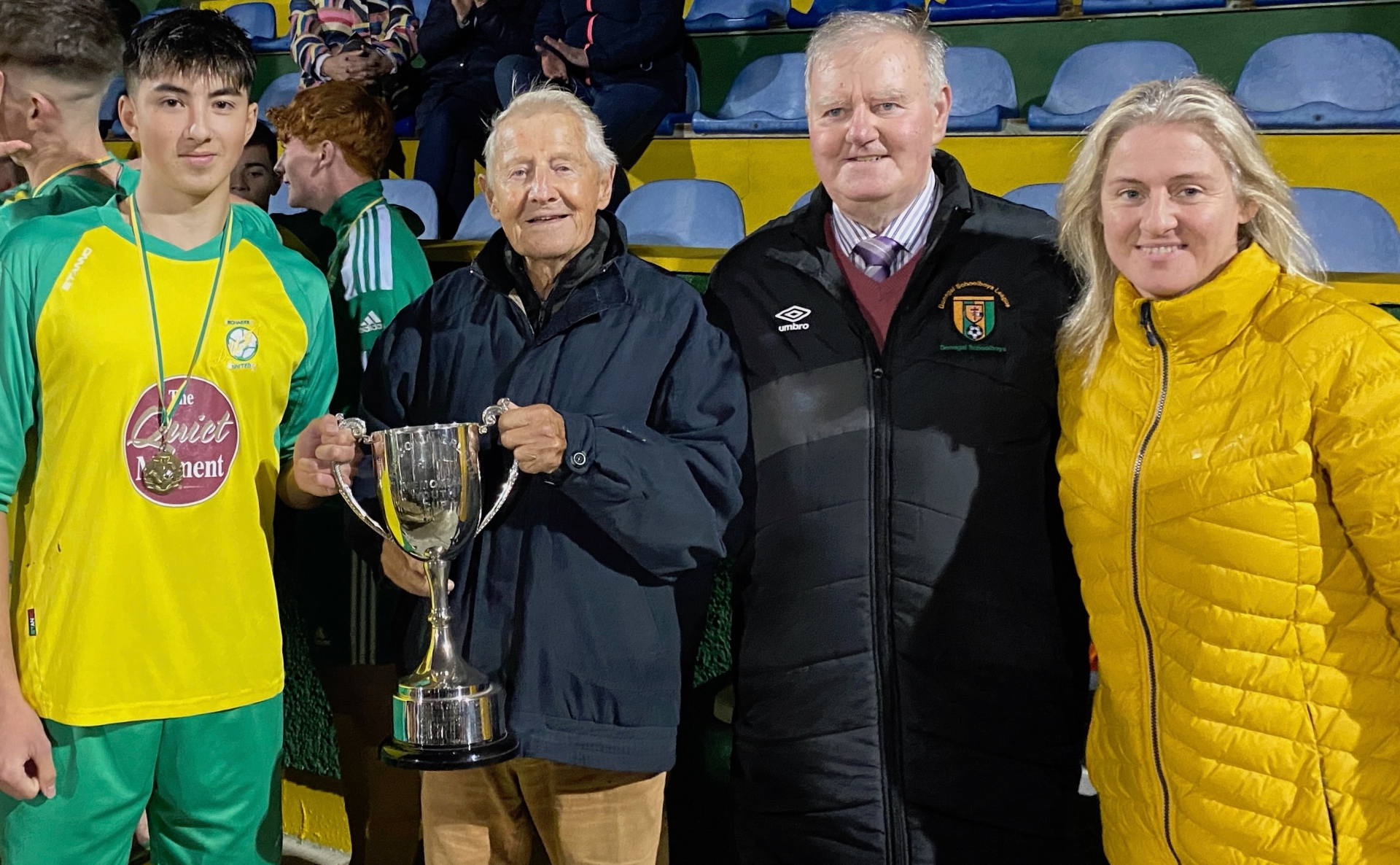 Soon after, Brady, this time from a centre by Owen Quinn, stabbed wide, although Zak McLaughlin’s offside flag was raised in any case.

Kilmac’s tails were up and the audible gasps seemed set to herald a 23rd minute opener when Brady turned provider. His cross was neatly touched into Owen Quinn’s path by Gary McGettigan. Quinn’s shot was wide by inches.

Down the other end, Bonagee were afford a golden chance of breaking the deadlock just before the half-hour. When Cian McMenamin took Josh Maxwell to the floor, referee Liam McLaughlin pointed to the spot. McCrossan took aim for the top corner, but his effort cleared the bar.

After Gary McGettigan prodded wide from outside the area, it was Bonagee who took the lead three minutes before half-time. Maxwell took a pass on the edge of the centre circle and, having weaved his way forward, delightfully found the bottom corner from 25 yards.

It would’ve belied the volume of Kilmac’ chances that had gone before, but it took a strong save from Mallon to prevent Maxwell from doubling the lead right on half-time

Eight minutes into the second half, Gareth Gallagher came to Kilmac’s rescue, clearing Maxwell’s goal-bound header from underneath his own crossbar.

Left-back McGrenra forced Gibson into two saves in the early moments of the second half.

Thirteen minutes from the end, Jack O’Neill, on as a substitute, glided around Gibson only for the covering Sam White to block on the line. White’s reaction outlined that it was a moment every bit as precious as a goal.

With the clock ticking and the rain pelting, Gibson tore from his line to save from O’Neill. Although the end was near, the drama had yet to begin.