The funeral details have been confirmed for Jonathan Treanor, the young motorcyclist killed in an accident in Rossnowlagh on Monday evening 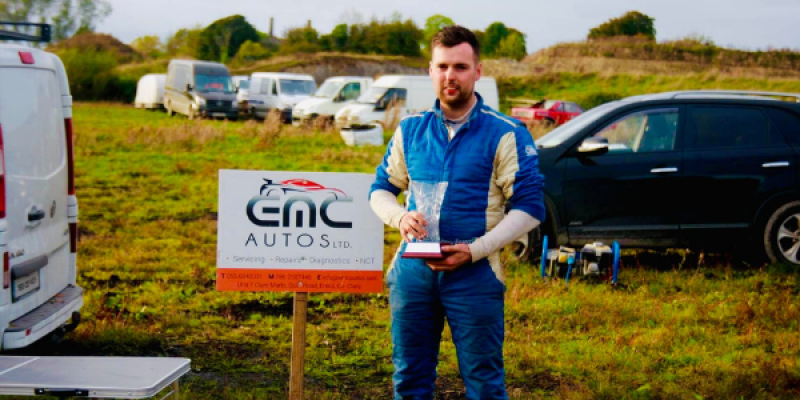 Tributes have poured in for Jonathan Treanor, the motorcyclist who was killed in a road traffic collision in Rossnowlagh on Monday evening.

A native of Scotstown in County Monaghan, Jonny has been remembered as ‘one of the best talents’ in rallying.

The motorsport enthusiast was a nominee for the Billy Coleman Young Rally Driver Award in 2017, when he was second overall in the Junior National Rally Championship.

Donegal County Councillor and motorsport competitor Donal Kelly said: “I had the pleasure of competing against Johnny on many occasions and I can honestly say one of the best talents in this country to ever get behind the wheel of a rally car.”

In a statement, the Monaghan Motor Club said they were ‘saddened’ at his sudden passing.

“He had an incredible driving talent with success in various motorsport categories,” they said.

“Our thoughts and prayers are with his family and friends at this difficult time.”

Autocross Ireland said the late Mr Treanor was ‘a great sportsman who loved anything with wheels and speed’.

Funeral details have been confirmed. Mr Treanor’s remains will be waked at Salthill, Mountcharles, on Thursday 21st April from 2-9pm.

Removal from there on Friday 22nd April at 11.45am going to St Mary's Church, Urbleshanney, Scotstown, County Monaghan, for funeral mass at 2pm, with burial afterwards in the adjoining churchyard. The house is strictly private on the morning of the funeral.

Shortly before 5pm on Monday, Gardaí and emergency services were alerted following a collision on the R231 at Killinangle More, Rossnowlagh, involving a motorcycle and a car.

The motorcyclist, Mr Treanor, aged in his 20s, was treated by medical personnel at the scene, but was pronounced dead a short time later.

Forensic Collision Investigators examined the scene before the road was reopened on Tuesday.

Investigating Gardaí are appealing for witnesses to come forward and are also appealing road users with video footage (including dash cam) to make this available to them.

Mr Treanor is survived by his partner Marie, his mother Josephine and her partner Pauric, his sister Emma and his brothers Barry and Francis, his Granny Josie, his sister-in-law Colleen, nieces, nephews, aunts, uncles and cousins.