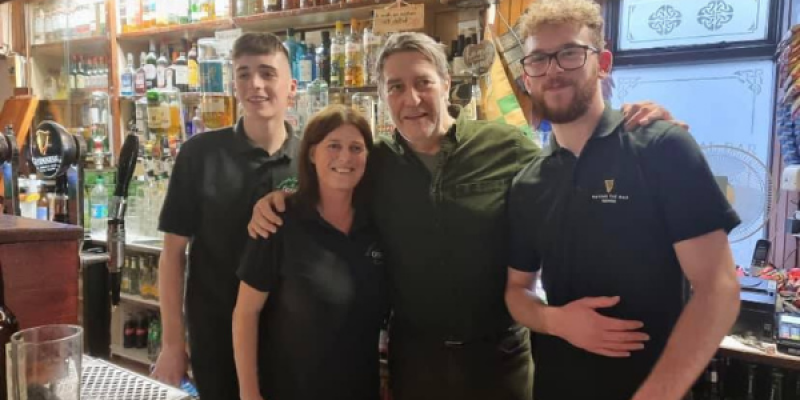 The veteran actor is in south Donegal to star in the blockbuster film ‘In the Land of Saints and Sinners’.

Hinds called into Evelyn’s Central Bar in Carrick on Monday.

A session of traditional Irish music was in full swing as Hinds enjoyed a pint of Guinness.

Hinds popped in behind the bar with Michael McGill, Evelyn Byrne and Cian McGinley.

Hinds caught up with the Naomh Columba senior ladies team who lost out to Downings in the intermediate final at the Donegal Comórtas Peile na Gaeltachta in Portsalon earlier in the day. 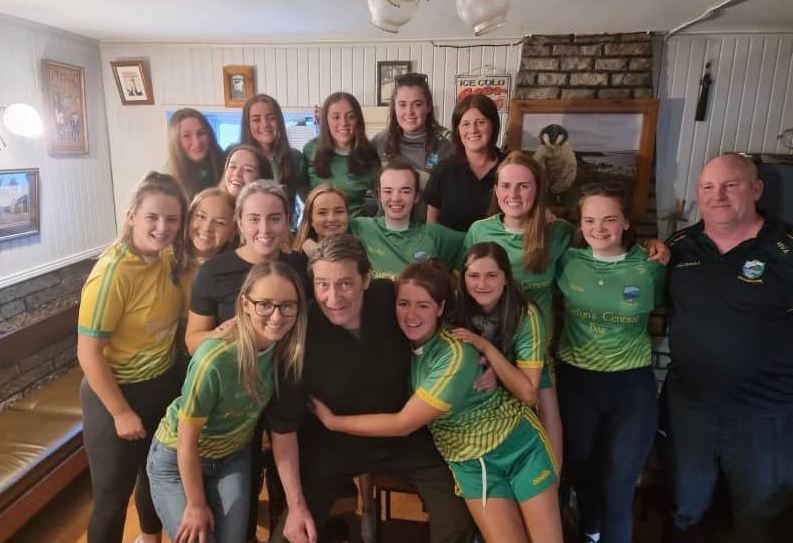 Some of the Naomh Columba senior ladies squad with Ciarán Hinds

Hinds and Neeson are filming around Glencolmcille, Kilcar and the surrounding areas.

Colm Meaney, Kerry Condon and Jack Gleeson are also on the cast list.

Filming is expected to last until June and several companies, including Netflix, have already pre-bought the flick.

Several locals have been added as extras on the set and one described Hinds as a ‘lovely man’.