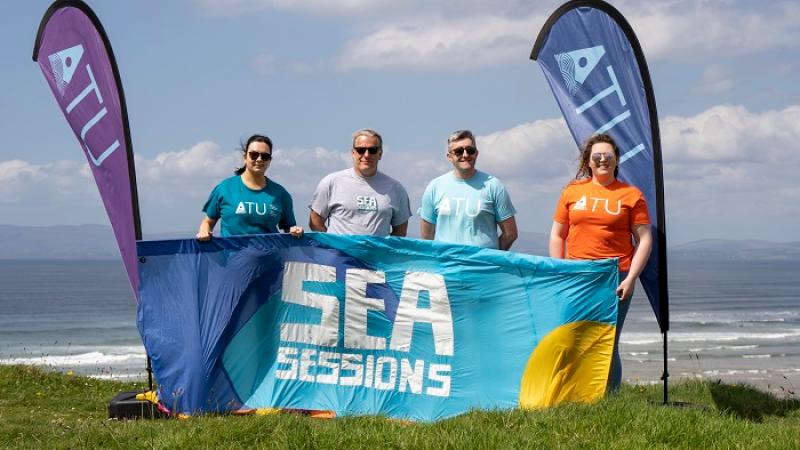 With only weeks to go, Sea Sessions Surf & Music Festival have just announced they are partnering with the newly formed Atlantic Technological University for the biggest surf event of the year in the north west.

Ireland biggest Surf competition 'The ATU Surf Expression Session' will take place right on the beach in Bundoran at the Sea Sessions Surf and Music Festival which takes place from June 17-19 2022.

The ATU Surf Expressions Session is the top surf competition in Ireland, and this year the competition is open to male and female competitors. With the best move winning the overall top prize, the competition format is spectator friendly and showcases leading surfers from all around the globe, as well as some of Ireland’s finest surfing talent.

Festival Director Ray O’Donoghue said: “The Surf event is very much an integral part of Sea Sessions and along with all the beach sports, skating and BMXing it’s the thing that sets us apart from all the other festivals. We have a really great line-up of surfers and delighted that the newly formed ATU can be very much a part of this.”

"We are excited to form a partnership with Sea Sessions Surf and Music Festival which brings together 10,000 young people annually to celebrate culture, sport and the arts scene in our region. The Surf Expression Session is a chance to experience the Atlantic and all its power, naturally fitting with the vision for Atlantic Technological University.”

The festival attracts some of the biggest names from the international and national circuit and this year the line-up includes Kodaline, Tinie Tempah, Joel Corry, Basement Jaxx, The Academic, Lyra, Ejeca, All Tvvins, Kneecap, Paul Woolford, David Keenan, The Scratch, Gemma Dunleavy and loads more.

This will be the 13th Festival having started way back in 2008. The last 7 festivals have sold out and with so much pent up demand 2022 looks on track to sell out early. The whole party takes place in the centre of the surfing capital of Ireland, Bundoran, right by the beach and has hosted some of the biggest International acts on the circuit including the likes of Bastille, Dermot Kennedy, Paul Weller, Dizzee Rascal, Clean Bandit and Picture This to name but a few. Alongside the music and the surf competition there’s 4 nights camping or clamping, Skating, BMX, Graffiti, Beach Sports and much more packed in.

GMIT, LYIT and IT Sligo came together to be designated as Atlantic Technological University in April 2022.