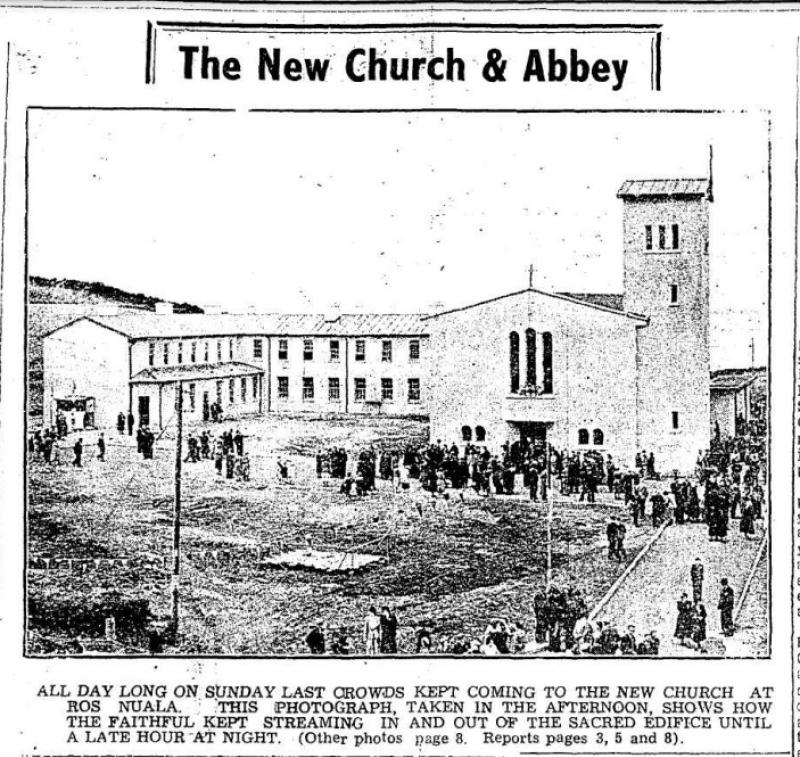 This Sunday, June 26 marks the 70th anniversary of the dedication of the Franciscan Friary in Rossnowlagh.

Bishop of Raphoe, Alan McGuckian SJ will celebrate the Holy Eucharist with the fraternity and visiting clergy, along with an anticipated large congregation.

Weather permitting clergy will also gather at the site of the first place of worship which was originally a WW2 style Nissen hut and there will be a liturgical procession, led by the Ballyshannon Brass and Reed Band from the site of the original foundation to the current Friary, for the Eucharist at 3pm. 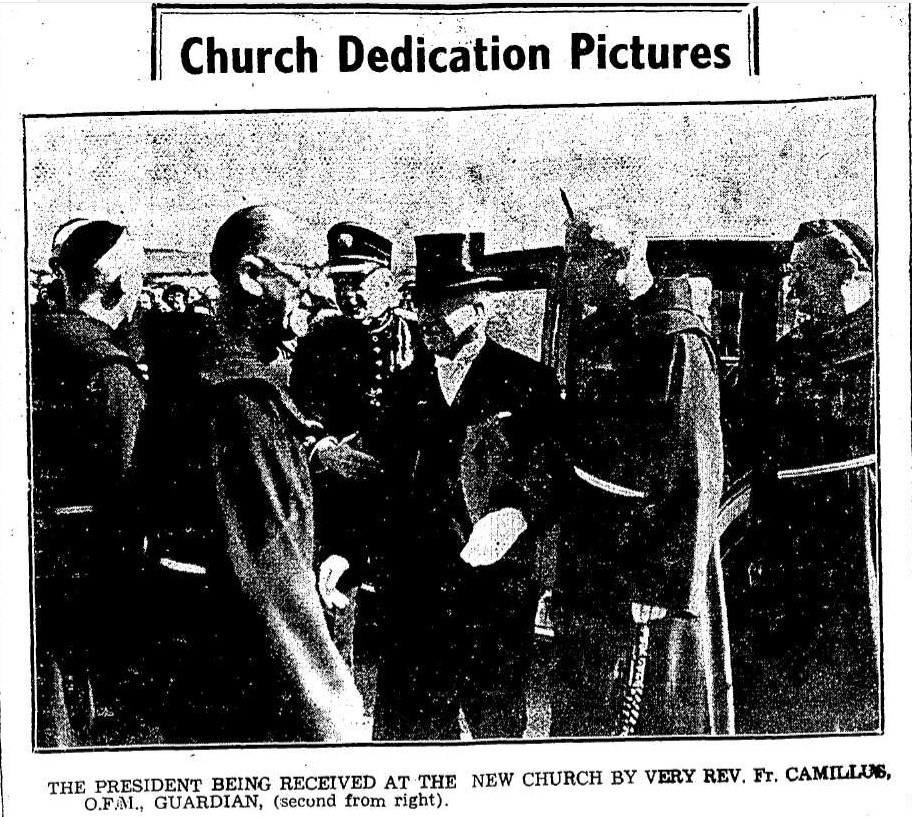 The celebrations will also be marked with an exhibition of archive material from local and national sources reflecting the important role that the Community have played in the spiritual life and wellbeing of the Northwest in the Franciscan Hall.

Commenting this week, in advance of the significant weekend commemorative celebrations, Fr Eugene Barrett OFM, Guardian of the Franciscan Community at Rossnowlagh said that he would have some good news at the weekend, regarding the formation of a Franciscan Community Advisory Group.

He will tell a local audience after Mass:  “We are all familiar with the challenges that religious communities everywhere are facing with increasing age profiles and decreasing vocations. 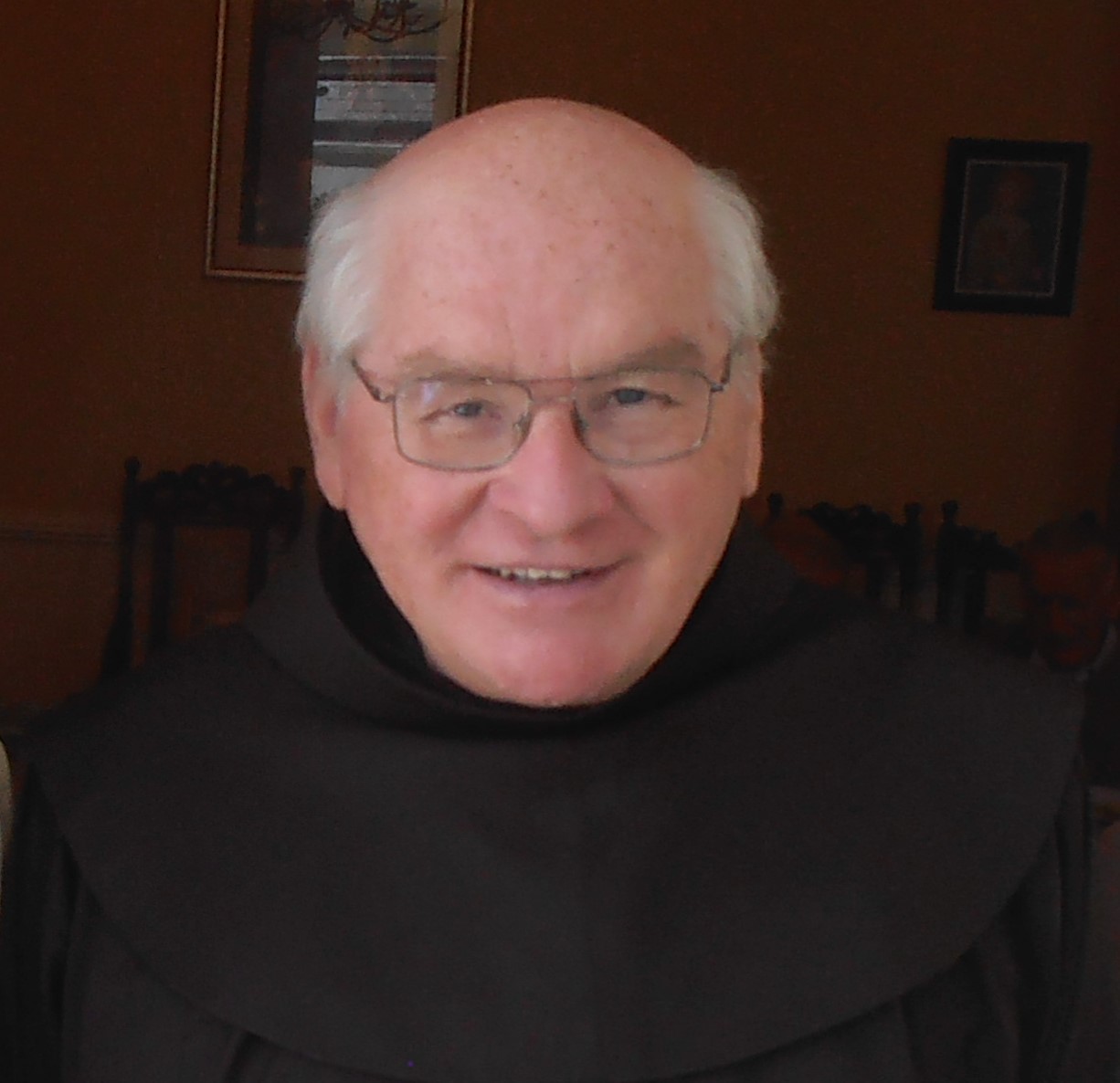 Fr Eugene Barrett, Guardian of the Friary in Rossnowlagh

“This body will add an important and supportive structure to our Community, thereby helping us to develop and deliver enhanced pastoral and spiritual services to the broader local community and all those who visit this beautiful place.

He hoped that it would help alleviate if not remove administrative and management functions and tasks that they were not trained to carry out.

The Advisory Group will be made up of men and women from the community/locality who bring a broad range of professional and experiential skills to the Friary, he will tell his audience.

Significant return of the OFM

The significant events of seven decades ago which this Sunday will recall, acknowledged the formal return of the Order of Friars Minor (OFM) who had important links with Donegal going back to before the Flight of the Earls in 1607 and shortly thereafter with the contemporaneous writings of the Annals of the Four Masters, which ended with recording the death of Hugh O’Neill in 1616, the same year incidentally when the famous English playwright, William Shakespeare also died. 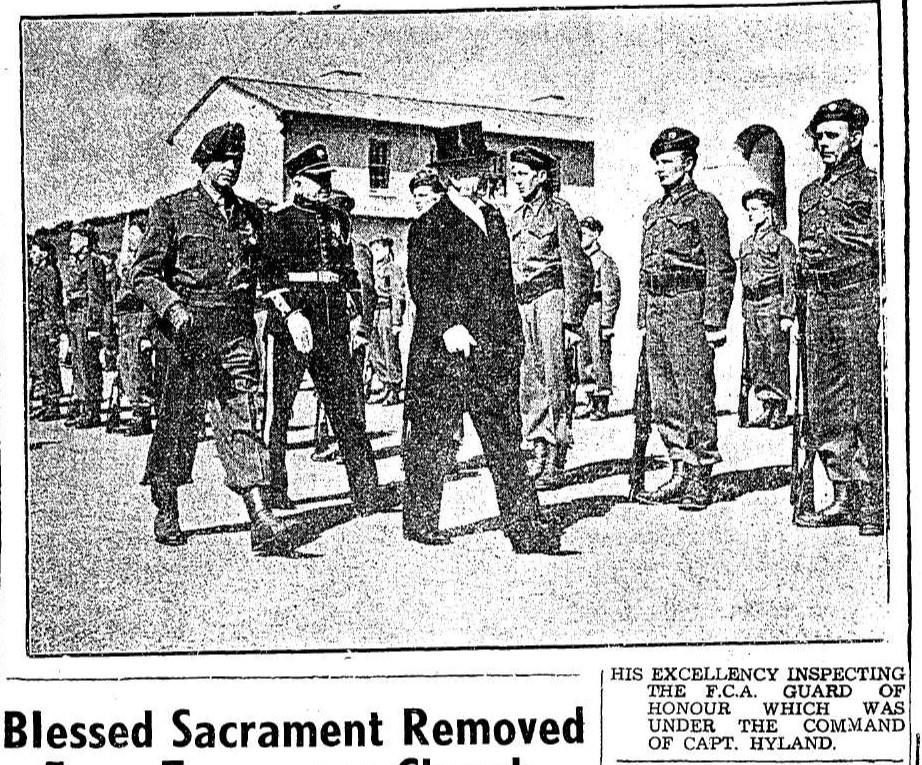 Another photo from the Democrat 70 years ago

The new church was built on O’Cléirigh lands, a fact acknowledged by the inclusion, under the foundation stone of a reprint of a page from the Annals of the Four Masters signed by Bro. Mícheál Ó Cléirigh, whose own lineage goes back to the nearby Kilbarron Castle.

Earlier known as Tadg or Tadg of the Mountain, he reached the Irish Franciscan College in Louvain in the summer of 1623, where he adopted the name of Bro Micheál.

The precise location of where those writings took place is often discussed and has generated lively academic debate, even up to recent times.

The old Abbey in Donegal Town and a Friary house or refuge close to the then salmon laden Drowes river, on the border of Donegal and Leitrim and near the ancient Moy Road are the most likely contenders, as these were extremely turbulent, dangerous and volatile times politically.

When it was first revealed of their return under the leadline ‘The Friars Minor Come Home’ in the Donegal Democrat edition of May 18, 1946, the story read: 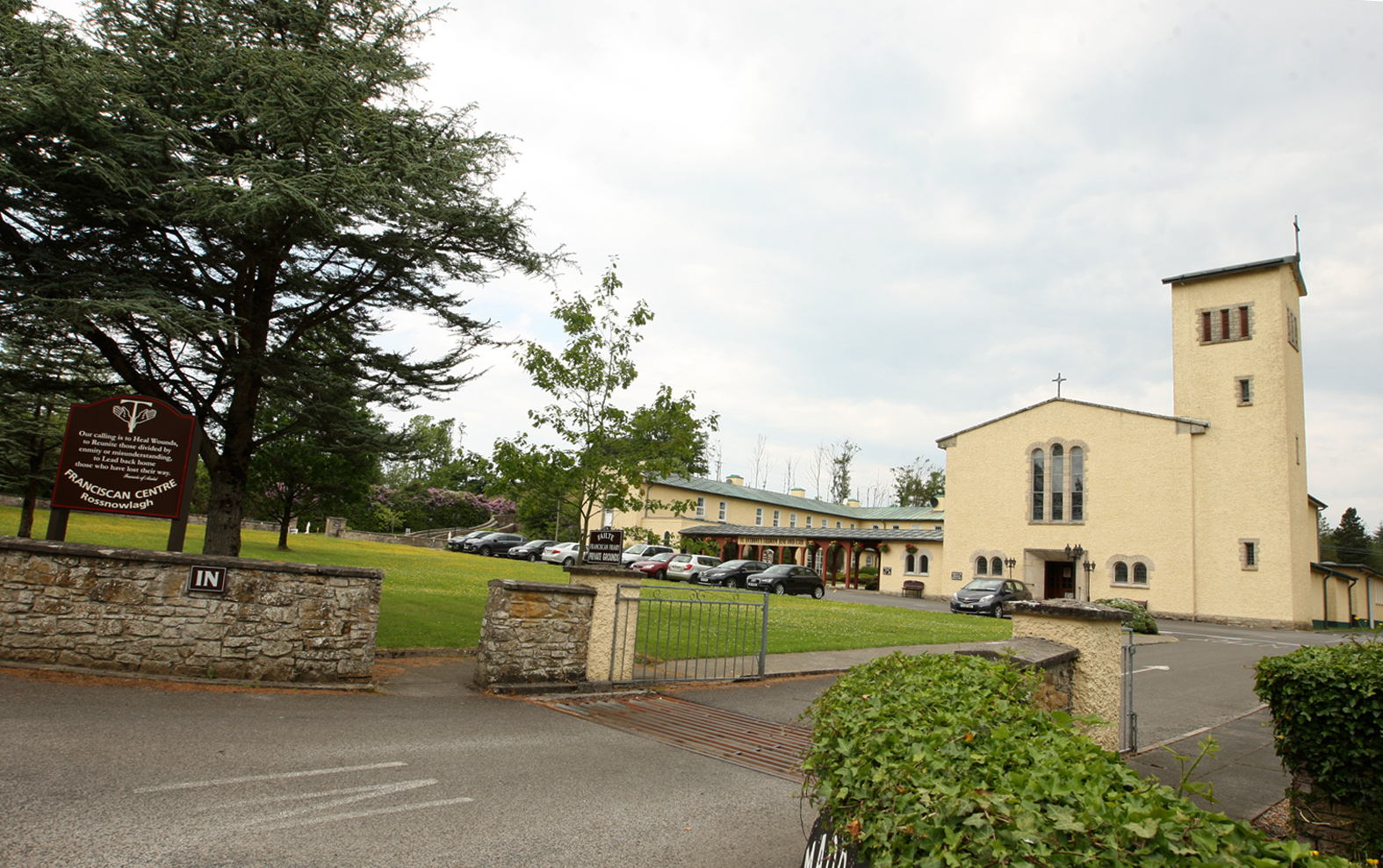 “Irish people everywhere and Donegal people in particular, whether at home or elsewhere were gladdened last week at the joyous news, that once again, the friars minor will have a friary in Tirconaill

“Driven out in the dark period after the Battle of Kinsale, they have waited long and patiently to return to a county where their predecessors had added so much to the glorious history of the Order. When the new friary at Rossnowlagh is opened in the summer, it will be a homecoming full of joyous significance for both the Friars Minor and the Irish people.”

At the laying of the foundation stone of the friary in October of 1950, a copy of the two local newspapers, the Democrat and Vindicator, as well as national papers of the day relating to the return of the Friars were placed under it.

This included the commemorative stamp of the third centenary of the Four Masters.

Two years later in 1952, the opening of the new friary church and Solemn High Mass merited the attendance of such dignitaries including President of Ireland, Sean T. O’Kelly, making his first public appearance in that role, as he had just been inaugurated as President the previous week.

Also in attendance was Taoiseach Éamon deValera and Bishop of Raphoe, Most Rev Dr William McNeely, who was to serve 40 years in that Episcopal role.

Part of the report read:

“It is estimated that seven thousand people travelled in 800 cars and special trains and buses to take part in the historic ceremony.”

“An army motor cycle detachment from Athlone . . . met the Lord’s Bishop’s car at Ballintra and escorted him via Ballyshannon to Ross Nuala, where his arrival was greeted with cheers by the thousands who had arrived at that hour”

“Mr deValera, who arrived a few minutes previously, was also accorded an ovation.”

Only a small number of those in attendance were able to access the Church and another Mass was celebrated in the Open, with a temporary altar having been placed “outside the Abbey”.

Part of a number of reports on the day’s events said that a link with the Franciscans, albeit tenuous, had existed up to 80 years before their return to Rossnowlagh.

Contractors for the new Franciscan church and Friary were Murphy Brothers (Dublin) Limited and the stained glass windows were designed and made in the studios of Harry Clarke Stained Glass Limited, whose company continued to operate, despite the deaths of the famous designer in 1931.

Later at a “distinguished gathering” organised by the Donegal Association at the Great Northern Hotel in Bundoran before 250 guests, Taoiseach deValera, in raising a toast in Irish said he thought the best way of honouring the Four Masters would be to publish a new edition of their works.