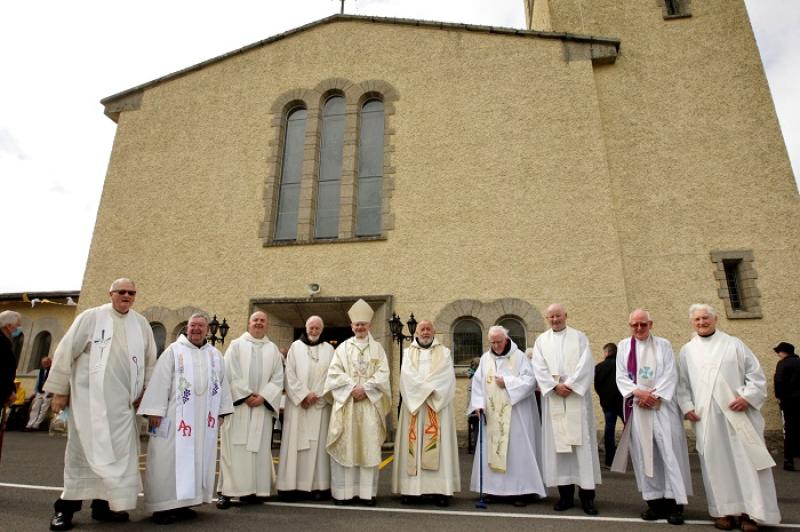 Donegal was full of excitement and wholesome appreciation on Sunday when upwards of 500 people from the length and breadth of the country attended the special ceremony and Mass commemorating the 70th anniversary of the foundation of the Franciscan Friary in Rossnowlagh.

The Church was first opened and blessed on Sunday, June 29 1952 which officially marked the return of the Franciscan Order to Donegal, after a lapse of some 350 years.

It had replaced an older temporary church, which had been used in the years after the second world war. 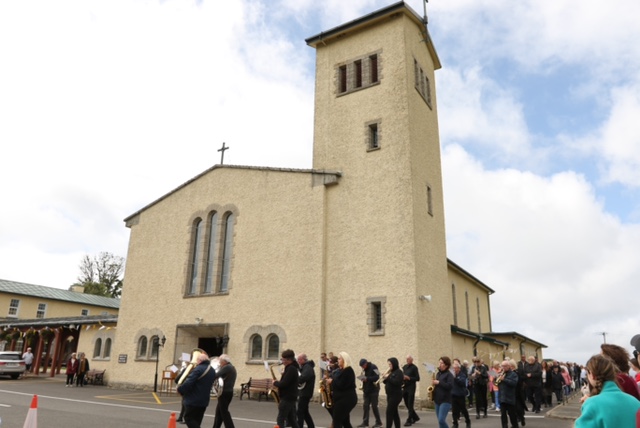 Procession to the Friary on Sunday

While the weather forecast suggested rain for Sunday’s anniversary event, when asked whether or not the proposed procession with the Ballyshannon Brass and Reed Band would go ahead, the ever positive, Fr Eugene Barrett OFM, Guardian of the Friary, confirmed that the procession would go ahead. 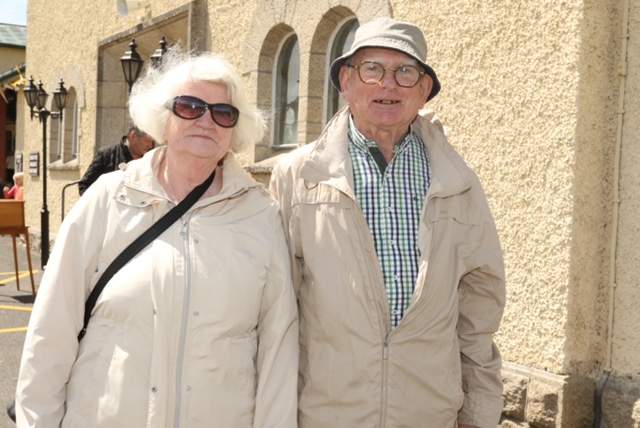 Prepared for the rain, but happy with the sun

No doubt, the prayerful intercession of the Franciscan Community secured a rain free and sun filled afternoon in Rossnowlagh.

The local band were very much involved in the proceedings in that origins ceremony as well, seventy years previously. 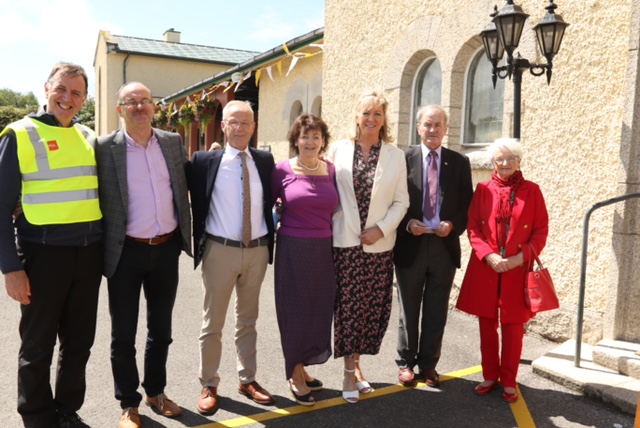 Some well known local faces at the anniversary Mass and celebrations

The Most Rev Alan McGuckian, SJ, Bishop of Raphoe was the principal celebrant of the Mass and he was assisted by the members of the present community, Franciscans from other communities in Ireland and members of the local clergy including the Very Rev Canon Cathal O’Fearai PP, St Patrick’s, Ballyshannon. 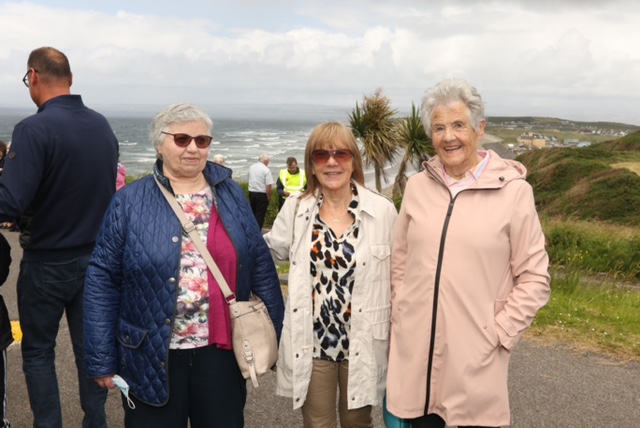 Bishop McGuckian drew from the Old and New Testament readings for his Homily which focused on the Franciscan tradition of attending to their Ministry. 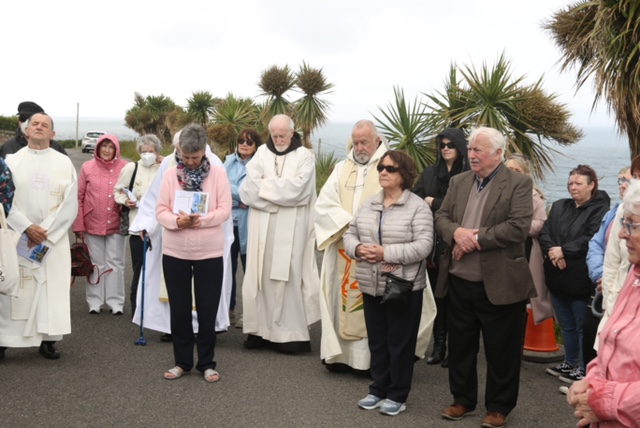 He asked the congregation to follow St Paul and “Love your neighbour as yourself” and accept St Luke’s exhortation to “Leave the dead to bury their dead”, he said that the Christian’s duty was to do so and spread the good news of the Kingdom of God.

He mentioned that people look to the Franciscans as a representation of the work and love of Jesus and that they try to do this in their various Ministries today.

Thanking the Franciscan Communities, religious and lay, for their contributions to the Northwest, he wished them well in the future. 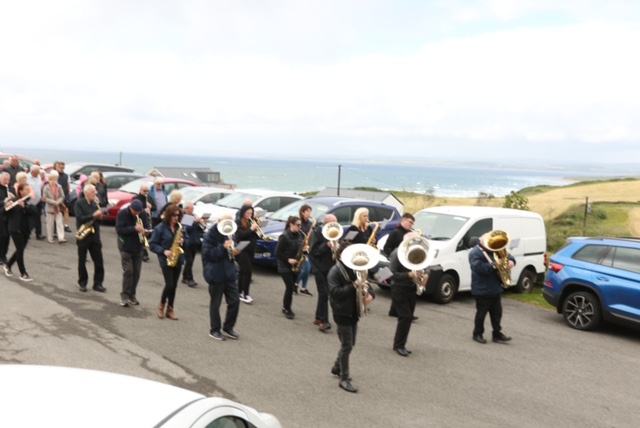 The Ballyshannon Brass and Reed Band

At the Prayers of the Faithful, Fr Pius McLoughlan ofm, asked that we pray for peace in the Russia/Ukraine conflict and that this will be delivered reflecting the mission of peace and reconciliation of St Francis of Assisi and his successors.

Fr Eugene ofm, concluded the proceedings by thanking all involved in the preparation and planning of the event together with Bishop McGuckian, the concelebrants, the choir under the direction of Mrs Angela Currid, the Defence Forces in Finner, Donegal County Council, the Ballyshannon Brass and Reed Band and the group who provided and served the post Mass refreshments. 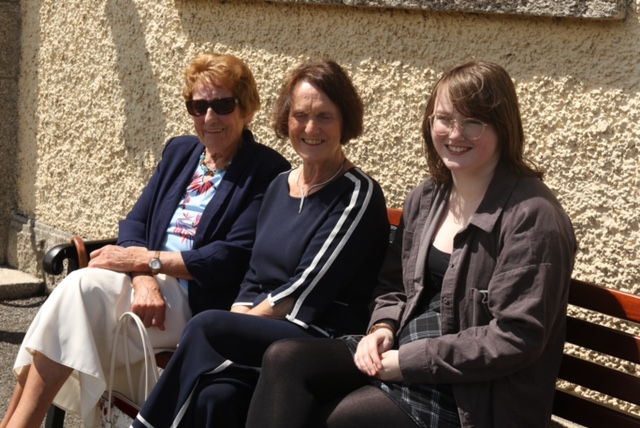 Despite the expectancy of rain, the special event was marked with some sunny spells