Praise from Ollie Horgan for his players ahead of tonight's game 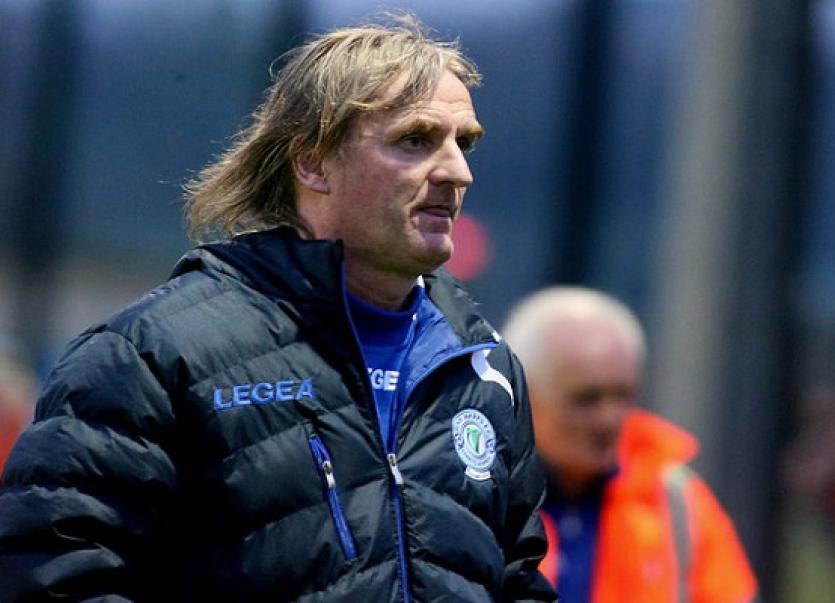 Finn Harps boss Ollie Horgan said his players deserve credit for bouncing back and giving themselves a great chance of surviving the drop.
Harps meet St. Patrick's Athletic at Finn Park on Tuesday night in what will be their fourth game in eleven days. They then travel to play Cork City on Friday night.
But after a draw in Sligo last Tuesday night and a much needed win over Bray on Friday night, Harps have managed to open up an eight point lead over Wexford Youths who remain in the play-off spot. Not surprisingly, Horgan refused to write off Wexford's chances of survivial.
“The lads took a fair amount of their confidence being hit and it took a fair bit to lift them,” he said.
“We have to go to Wexford and we have a bad record there. If we get turned over there, it’s open season again.
“But we have to go again on Tuesday against a serious side in St. Pat’s. I think it’s five games in I don’t know how many days and it’s a serious ask of those lads that are part-time, a lot of them are working.
“A lot of them were struggling after playing on Saturday and Tuesday.
“Ciaran Gallagher (who was sick) was struggling to even tog out, but he did, and that’s obviously what it takes to try and stay in this division.
“But no, I won’t be taking anything for granted until mathematically Wexford can’t catch us. That’s not the kind of club and team we are.”
Tuesday night's game at Finn Park kicks off at 8pm.

The manager has confirmed that keeper Richard Brush and Packie Mailey are doubts for tonight as is Adam Hanlon who has been struggling with a tight hamstring in recent weeks. Josh Mailey will not be available as he has returned to his college studies in the UK while both Ruairí Keating (ankle ligaments) and Kevin McHugh (hand) are definitely out of the squad.