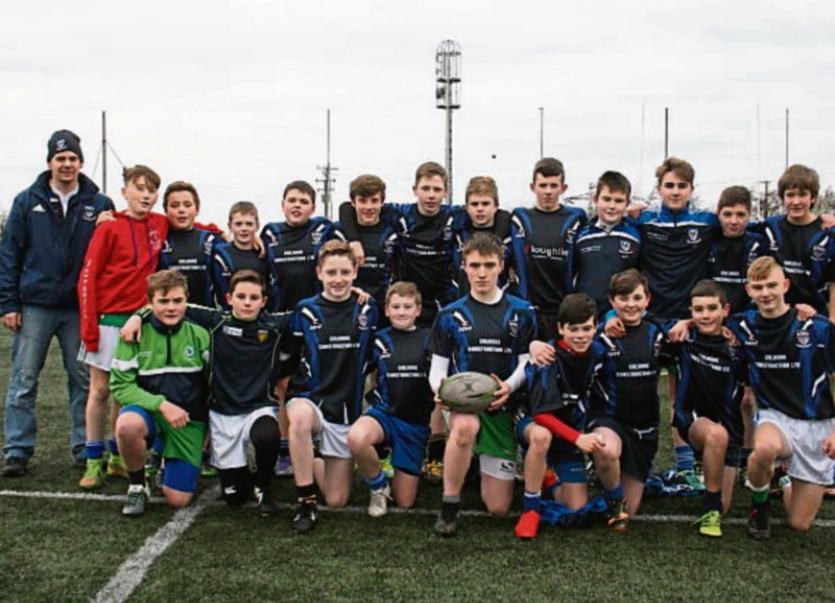 What a week for Ballyshannon Rugby Club. We had news that Eugene Doherty had successfully got on to the Ulster regional development squad (south), which is just wonderful for him.

Also Maeve Liston was named in the starting 15 for the interprovincial match between Ulster and Munster at the Kingspan Stadium, Ravenhill on Saturday. Again, the club is so very proud of Maeve's achievements.

There was action galore at the Lakeside for the Ballyshannon players on Saturday too. The youth section played host to Enniskillen after a busy morning of mini rugby training. The U-14s kicked us off, and what a match for the local boys. They gave their coach Clinton Morrow plenty to smile about, putting in a superb display of rugby, plenty of tries and good solid defence.

The final score line was 67-7 in Ballyshannon's favour - 4 tries for Eugene Doherty, 3 for captain Cian Barden, 2 for Richard Mulcahy and 1 each for Jake Foley and Kyle Murray. Cian Barden got 5 conversions, Daire Warren got 1.

Then the U-18 lads took centre stage, and the Enniskillen squad was a powerful one - both in ability, and sheer size! What a game the Ballyshannon lads had, they had to put in their all the entire match - and they did, they came off totally exhausted and sadly the losers by a fair amount, but boy did they show determination and dedication to their sport. Coach Simon Foster was as proud of them as if they had won, he could not have asked for more from them.