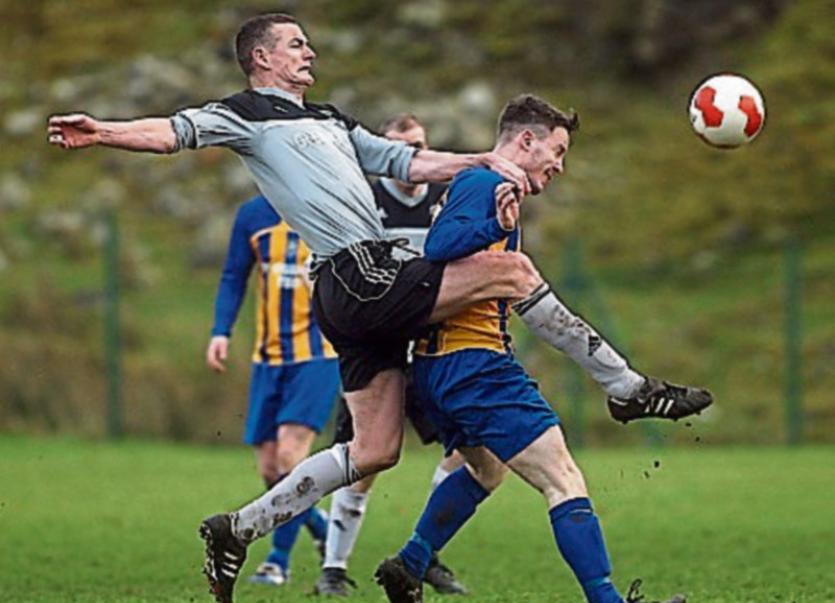 Glencar Celtic bagged the full points from their trip out west and their meeting with Fintown Harps in Pairc Acla on Saturday.

Declan Scanlon and Eddie McLaughlin scored the goals for Junior Russell’s side for a perfect start to the New Year and the second half of the league.

Glencar, following this weekend’s round of games, remain second in the league table, just a point adrift of league leaders Orchard United, who defeated Dunlewey Celtic 3-2.

Scanlon prodded home a Rory Gallagher cross on 36 minutes after a sustained period of Glencar pressure and a host of good scoring chances.

With Kevin Rafferty, who was having his first game of the season, and Garvan Grieves pulling the strings in the middle of the field, the goal on 36 minutes had been coming for some time.

And but for a stubborn Fintown defence, well marshalled by team manager John Molloy, the visitors could have been further ahead than 1-0 at the break.

And again five minutes from the break, McMonagle had to go to the top shelf to deny the big midfielder from outside the box.

In fairness to Fintown they did well early on and both Ultan Doherty, who had a fine game in the middle of the park, and Shaun McMillan had chances to break the deadlock before Scanlon struck.

Eunan Doherty and Seamus Ellis went close to tying up the game soon after the resumption, as Fintown took the fight to the visitors.

And Ultan Doherty was desperately unlucky when his long range strike, with Friel off his line, just skimmed the crossbar.

This seemed to be the wake up call Glencar needed and they responded with a super second goal tucked away by Eddie McLaughlin following a defence splitting pass from Rafferty.

That was on 74 minutes and in reality the clinching score. Fintown, to their credit, refused to buckle and second half substitute Caolan McMonagle drew a good save from Friel.

Ultan Doherty and Peadar Toner also went close in the closing minutes for a young Fintown side that deserved to finish with at least one goal.

Glencar lost team captain Paddy O’Kane, who had a big game at the heart of their defence, to a serious enough looking knee injury when he fell awkwardly following a collision in midfield.

He was removed by stretcher and was taken to Letterkenny General Hospital.