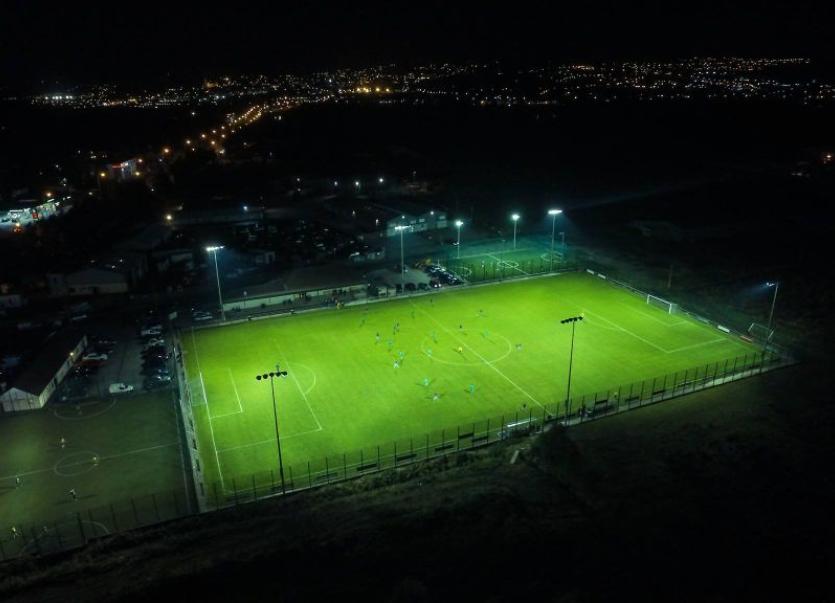 Both teams wanted to begin the season with maximum points and it was the home side that will be the much happier after a fine second half performance.

The first half was a poor affair, with neither side carving out any real opportunities.

Half chances fell to Dean Larkin of Bonagee and Brian McVeigh of Fanad, but both were off target.

The second half was much more entertaining and it was only two minutes old when Bonagee took the lead.

Emmett Friel ghosted in from the right side and had an effort that came off the base of the post. However, the ball went into the net via the back of luckless Fanad 'keeper, Oisin Cannon.

They doubled their advantage within five minutes.  A Michéal Doherty free kick cannoned off the Fanad crossbar, and Deano Larkin was on hand to head the rebound into the net.

Bonagee got the third in the 74th minute.

This time, Larkin turned provider, when his neat pass into the Fanad penalty area was met by Ryan Rainey, who finished well from 12 yards.

Fanad did pull a goal back three minutes later, when Patrick McGinley scrambled the ball over the line following a good save by Eugene Ferry.

The goal of the match came with a few minutes on the clock.  Larkin again played in Rainey, and he ran on and lobbed the advancing Cannon from the edge of the box.