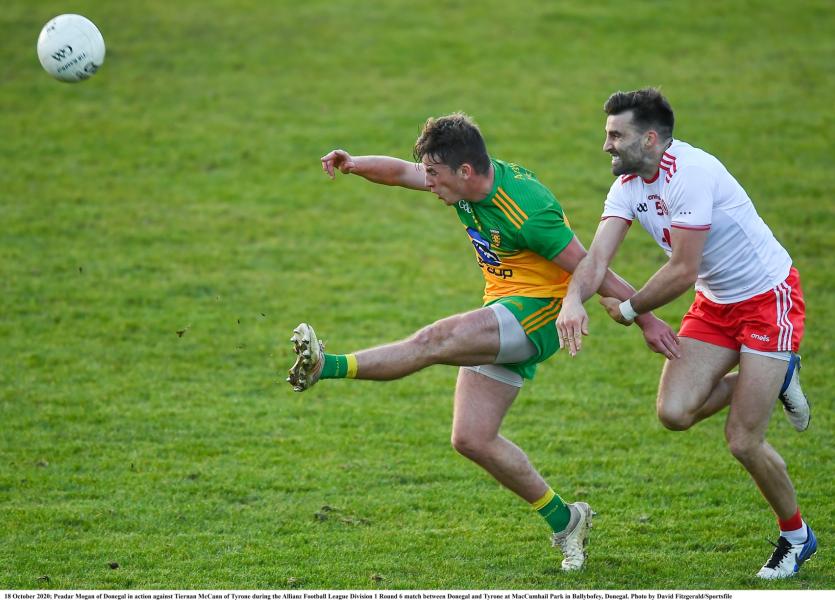 On a good day for Donegal on the field, the player ratings reflect a good performance.

Shaun Patton: Had a sound game and had no chance with either Tyrone goal, although he did get a strong hand to Conor McKenna's effort. Was commanding under high ball. 7.5

Eoghan Bán Gallagher: Was lively on the ball and got through a good bit of work. 7

Neil McGee: Looked comfortable and cut out a couple of Tyrone attacks early on. Loved the physical challenges. 7

Stephen McMenamin: Was very unlucky with the 'penalty'. Overall a very good performance from the Red Hugh's man. 7

Ryan McHugh: Outstanding display from start to finish and also chipped in with three points. 8.5

Paul Brennan: A very steady performance from the Bundoran man. Was replaced after picking up a yellow card. 7

Hugh McFadden: A very strong performance from the Killybegs man; made himself available to take the pass time after time. 7.5

Caolan McGonagle: Probably the best display in a Donegal shirt from the Buncrana man. Seems at home in the middle of the field rather than at wing forward. 7.5

Peadar Mogan: Will remember his goal for some time. Took it really well and was very busy in the first half. A little quieter in the second. 7

Niall O'Donnell: Had a great opening half and then took a very heavy knock from Frank Burns (which was close to red card territory) as he took a mark in the second. Got caught in possession a couple of times. 7.5

Ciaran Thompson: Apart from dropping one short, Thompson had an outstanding game and looked so comfortable on the ball. 7.5

Jamie Brennan: Took his goal very well and also was very lively in the opening half. Was always available for work. 7.5

Michael Murphy: Another outstanding display of shooting and leadership. Wouldn't have quibbled if he had got the man of the match. 8.5

Oisin Gallen: Was suffocated a little by the Tyrone defence in the opening half as they had everyone back. Still got on ball and will learn from experience. 6.5

Andrew McClean: A real livewire when introduced. Gave Donegal impetus and also popped up to hit the final point. 7.5

Jason McGee: In for Hugh McFadden with 20 minutes left, McGee didn't do anything wrong and the management will be hoping that his fitness levels keep improving. 6.5