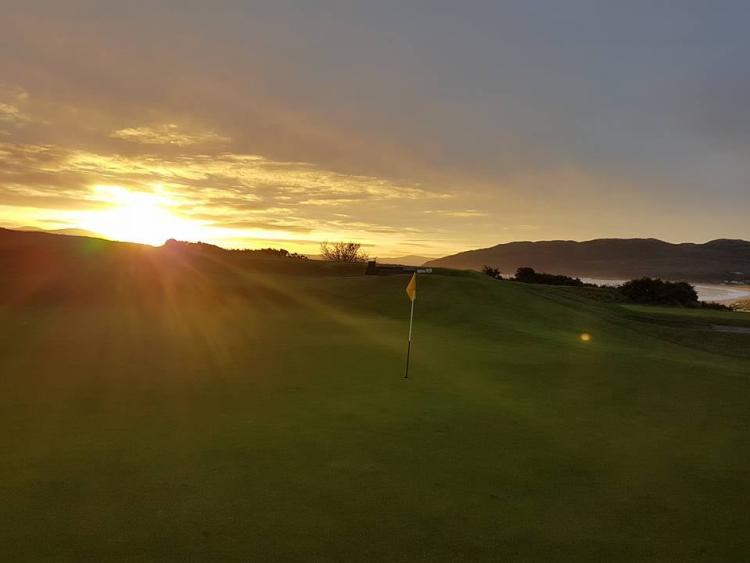 Brighter times ahead . . . Portsalon Golf Club could be allowed to re-open if restrictions are eased

A return of training for children across a range of sports, along with GAA inter-county training could be announced on Tuesday as part of an easing of lockdown restrictions from next week.
It is also hoped that some other outdoor sports, including golf and tennis, will be allowed to start again.
Golf clubs have been closed since December 31, and prior to that, no golf was allowed for the 40 days from October 21 to December 1.
And while golf club members will be delighted to get back on the fairways if restrictions are eased from next Monday, April 5, they will again have to adhere to strict guidelines.
An easing of restrictions may also see underage teams from across a range of outdoor sports allowed to return to training.
That will come as welcome news to children and their coaches who have been denied a chance to meet up with their team-mates for several months now.
The hope is that if there are no major issues following the opening up of underage activity, competitive games may be allowed from early May. Inter-county GAA teams may also be allowed to return to training from April 5 which will be welcome news for our senior men’s football and hurling teams, as well as the Donegal senior lady footballers.

The possibility of the Allianz National Football and Hurling Leagues starting in May is thought to be under consideration and a roadmap for a return to competitive action will likely be announced if restrictions are eased from next week.
The National Public Health Emergency Team met on Monday morning to consider changes to the current level of restrictions.
Its recommendations were then set to be discussed by the key Cabinet sub-committee on Covid this evening. A final Cabinet decision on a possible easing of restrictions is expected on Tuesday.