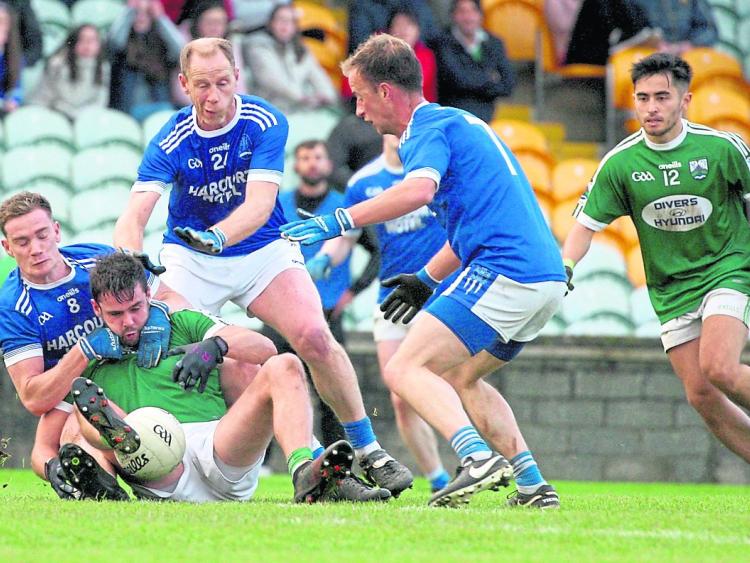 Donegal GAA clubs may well see no action until at least the middle, if not the end of June.
And the long awaited county final between Kilcar and Naomh Conaill will not have a May date, according to county chairman Mick McGrath.
It could be pushed back well into the summer.
“But it will be played and there are another ten county finals to be played in the rest of the country,” says McGrath.
He added that there would be no point in playing the final in May with the Covid numbers still relatively high and a possible risk of understandable major celebrations.
“We will be getting some indication hopefully in the next month," the chairman said.
“If the government say it is safe it would change matters.
“But I can’t see any league activity until the middle or end of June.”
The chairman added that the Donegal Competitions Controls Committee will be ready to roll out the fixtures when they get further information from Croke Park.
He said that while Covid numbers are dropping, he is still disturbed by the situation in his native county and the worrying relatively high figures nationally.

The county’s top official gave a cautious, guarded welcome to the GAA roadmap published by Croke Park but stressed that the situation in the country remained volatile.
“It all starts on April 19 and Donegal has three weeks to prepare for their first match on the weekend of May 15 and we are in a tough group with Tyrone, Armagh and Monaghan.
“It is good to have that guideline and we should have more detail in the next few days.”
But there is no indication yet of clubs or youth going back to action.
“I know that Croke Park were keen to get the inter-county scene back in action and when that is done, I expect they will meet NPHET and see if the numbers are reducing and how the vaccine roll out is going.
“But while we all want youth and clubs back in action as soon as possible it is out of our hands really.

Underage
“The underage in clubs will be able to train in bubbles of 15 at the end of April which is good news and I welcome that and with the long evenings coming in there is still a lot of anger in the public about our youth.
“So hopefully there will be a date for our U-17 and U-20s to return to training shortly.”

McGrath said he was “concerned” that the Donegal soccer leagues had pulled all their competitions.
“They are not going to have any leagues this year and I am led to believe that hotels are not taking any bookings for June yet so they must know something.
“They are not expecting any normality until the end of June.”
He added: “But I have consistently said there is very little evidence that Covid is transmitted on the field of play and that needs to be repeated.
“We don’t want to go back to another lockdown and the vaccine will be an even bigger factor over the next month or so.
“But remember the government want to get the numbers down to about 100 per day, but it is still around 500 a day.
“We can’t ignore that, and the vast majority of people are acting responsibly but there are still a few people who don’t see the seriousness of it and don’t abide by the regulations.”
He declined to comment on the recent revelations about Down, Cork, Dublin and Monaghan breaking Covid rules.
“Donegal CCC are ready to roll as soon as they get the green light and the clubs are ready to roll.
“But we need patience, it is difficult but Donegal’s numbers, while they have come down are being watched with concern.
“Unfortunately, we remain fairly high up the list.
“We were blaming Strabane and Derry for bringing the Covid into the county, but their numbers are away down since Christmas.
“It is within Donegal that there are still proliferations.
“It has never gone to 0 in Donegal since January.
“I think the government were right to allow children back to school and that is being managed quite well.”
He continued: “It is frightening what is going on in France and Germany and we are blaming the government for everything.
“But everyone is trying their best.
“Over the next month, we will see a lot of welcome activity, but it is very important that we don’t go back, and four weeks later the numbers go sky high like we had to do at the end of last summer.”

The Asda off licence, a popular attraction for Donegal shoppers going to Strabane

Would you travel to the North to buy cheaper drinks?

Driver crashes while attempted to flee from Buncrana gardaí

WATCH: Pop into Tobin's and sample the new Ice Station with a range of treats to suit all the family