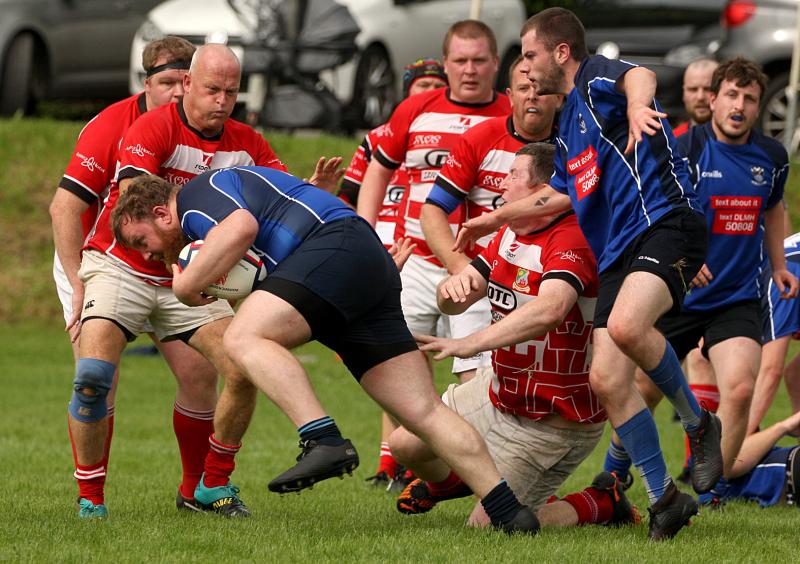 One of the few sports that brings longevity in the game is rugby, especially rugby forwards, who can play well into their 30s and 40s.
This was especially so with Donegal Town RFC where some well-known names have graced (maybe that's not the appropriate word) the green fields at The Holmes for many years - names like Friel and Kearney, McGinty, Morrow and Gillespie.
On Saturday last, in the first action of the new season for 2021/2022, Donegal Town RFC took on their neighbours Ballyshannon in the annual Francis Dinsmore Challenge. Dinsmore was a valued member of the Donegal Town club who went to his reward much too early. 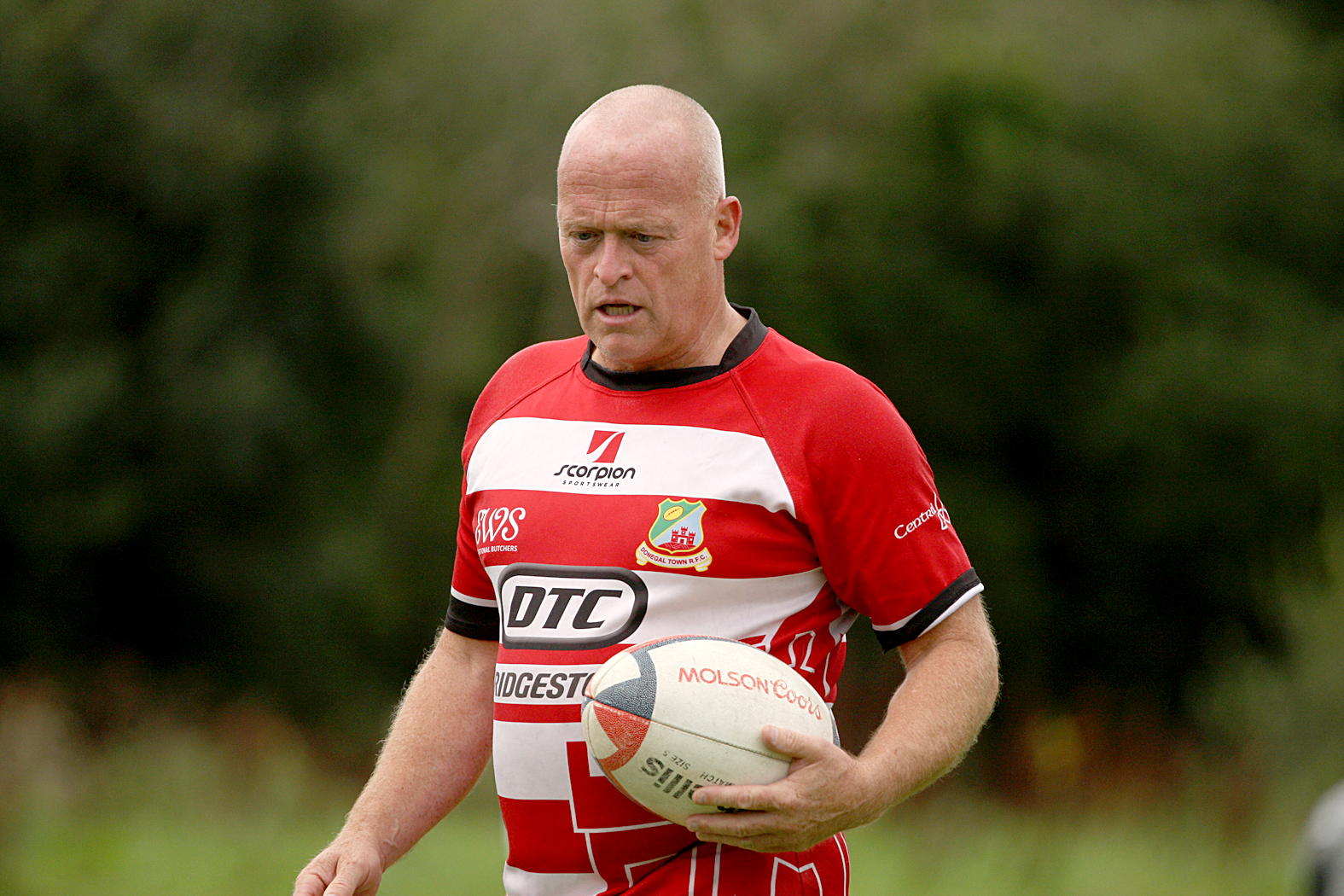 On the Donegal Town teamsheet on Saturday was a former playing colleague and neighbour of Dinsmore, Keith Anderson, who has recently celebrated his 57th birthday.
To be still playing (and enjoying) his rugby at that age is a remarkable story. It is not unique in rugby circles but Keith is a member of a small group.
Now wearing the No 2 shirt, Anderson joined the Donegal Town club in 1983/'84 after returning from boarding school and college in Dublin, where his love for the game was grown.
"There were three teams in the club at that time. I didn't get to play for the Firsts until later on but I played away with the Seconds and Thirds.
"I played for a lifetime but then when I was 42, 43 I stopped. I had an eye operation at that stage. I took up rallying for a while, but then four or five years ago there was a 40th birthday party for David Murray and he got the older people back.
"And from that day on I didn't miss a game for the Firsts. I kept myself reasonably fit all the time, not fit but strong. I've been in the gym twice a week, DT Fitness with Eddie Gorman. I think I have been doing that for 11 years now.
"I always loved rugby," said Anderson, who said he also played a little bit of soccer with Ballintra Rovers a long time ago.
After returning from college in Dublin, Keith was immediately immersed in the family farm and auctioneering business working from home. He opened his present office in Donegal Town in 1993 and would be known in that area of expertise throughout the entire south and south-west Donegal and beyond.
All of his playing career has been in the forwards, and mostly in the front row, which is not for the faint hearted. "The reason I'm hooking is because of eyesight and you are closer to the ball there. I would have played wing forward for a period when I was young," said Anderson, who added that he gets plenty of banter about his lineout throwing should it not go straight.
The outgoing nature of Anderson makes him a really good fit with the camaraderie that goes with rugby and he is at pains to point out that he doesn't want his place on the team to be an embarrassment to younger players. "Someone might say to them, you mustn't be that great a team when you have a 57-year-old playing. I'm there just trying to keep things going.
"You see, a lot of young ones won't go into the front row. They like to play in the backs. I will just try to stay on until young ones come in and I will slide out then," said Anderson.
The Ballintra-native was President of Donegal RFC in 2000 and 2001 and has been a part of the committee all through.
Anderson is really glad that rugby is back after Covid-19 struck last year. "We are not in the highest league in Ulster but we had won six games in-a-row last year when Covid struck. We were going fairly well with the same team every week.
"For then the whole thing to stop was difficult. There are a few boys hurling (with Four Masters) who are not back yet. That was a difficult time for all young players. We are back now nine or 10 weeks and we have Danny Hughes doing the coaching. He is in the army and he puts in a big effort."
But while he willing to move aside if someone puts their hand up to take his place, Anderson is determined to keep playing for as long as he is wanted and is fit. "We do the donkey work in the forwards for the backs to score the tries. And if you keep winning, then you will keep at it," said Anderson, who said he has been lucky to have had no bad injuries.
"I keep a strict regime. When I get up on Monday morning I'm looking forward to the game the following Saturday. It's gym on Tuesday followed by training Tuesday evening; training on Thursday and gym on Friday. If I have a sale that coincides with a gym session, the work will wait. You have to be focused and do it. And if you didn't do the gym work, there is no way you will be fit to play in the front row in any league," said Anderson, who name checks Thomas Given playing for Copany Rovers and the Shovlins playing gaelic for Naomh Ultan into their 50s.
One of the difficulties in getting young people involved in rugby nowadays for rural clubs like Donegal Town is the amount of travelling they have to do. "Most of the games are up the north, maybe as far as Belfast. Young fellas at school might be working at weekends.
"It is difficult for young fellas to commit. And that happens all rural clubs," said Anderson.
His son, John, who is 15, plays Gaelic football with Naomh Brid and according to Keith "is really enjoying his sport", while daughter Lucy is into gymnastics and swimming.
The Ulster Leagues begin on Saturday week and Anderson is really looking forward to competitive fare once again.
"This year we have nine games before Christmas, starting with Limavady in just over a week's time," said Anderson.
A remarkable story and Anderson is a good role model for what sport is all about. Enjoyment. 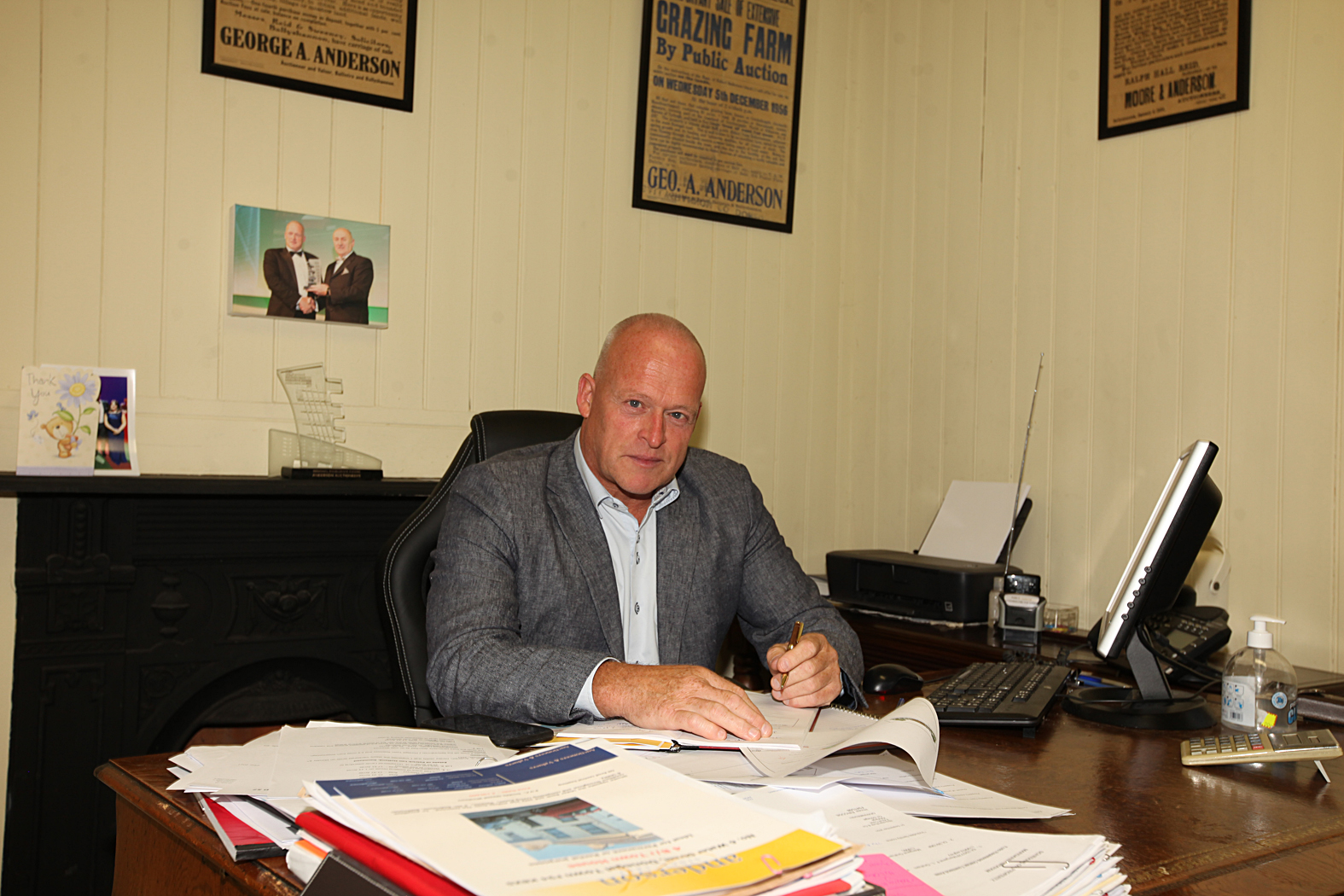