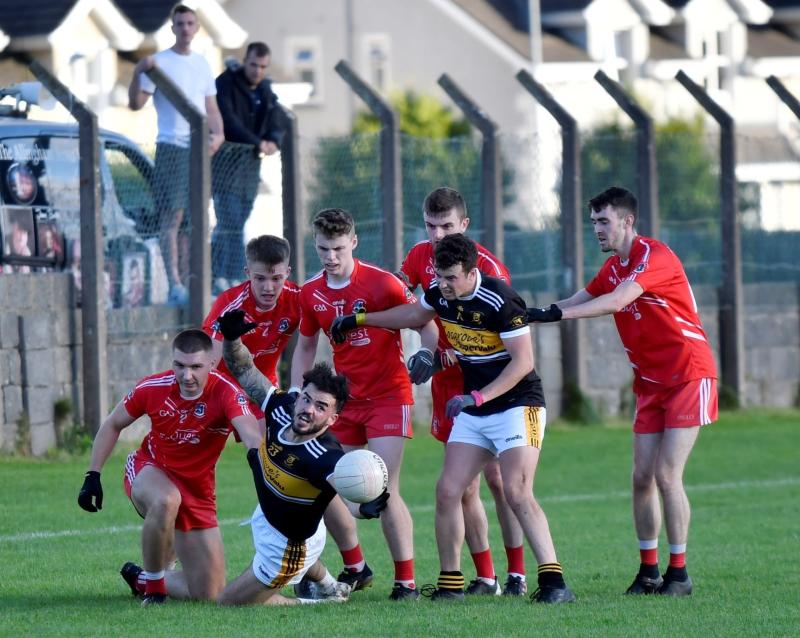 Bundoran got their first win of the championship with a good win over Killybegs in Gaelic Park, Bundoran

With Hugh McFadden and Eoghan Ban Gallagher absent for Killybegs, John Cunningham had to field a very young side. Bundoran were short up to seven of their regulars with Paul Brennan unable to get his red card picked up against Ardara overturned.
In a very good contest overall, it was the Cian McEniff show in the opening quarter as he hit 1-4 for a 1-6 to 0-2 lead. McEniff was in fire and his goal came from a Killybegs kick-out when he tore through to fire to the net.
He almost repeated the act minutes later, passing at the last minute and Brendan Oates fired over.
Ryan Cunningham and Jack McSharry kept the Fishermen in the contest in the second quarter, sharing six of their return in the opening half while Conor Cunningham also got on the scoresheet.
Bundoran responded any time Killybegs scored and added some good points from James Stewart, Timmy Govorov (2) and Shane McGowan, who was back after suspension.
Half-time: Bundoran 1-9, Killybegs 0-7.
Cian McEniff started the second half scoring with a free after Ryan Carr was black carded for a foul on Timmy Govorov.
Ryan Cunningham and Shaun Gorrell added points and Ryan Cunningham cut the lead to three by the 39th minute.
But again Bundoran replied with the impressive Adam McGlone and Cian McEniff pointing. By the second half water break, Bundoran pushed the lead to 1-14 to 0-11 with Timmy Govorov and James Stewart finding the range.
Michael McEniff was almost in for a goal, but he was tugged back and Adam McGlone stretched the lead but three quick points from Odhran McGuinness, Ryan Cunningham (f) and Jack McSharry had the lead back to five.
But despite some seven minutes of added time, Killybegs could get no closer with Peter McGonigle and Cian McEniff left the home side clear winners.