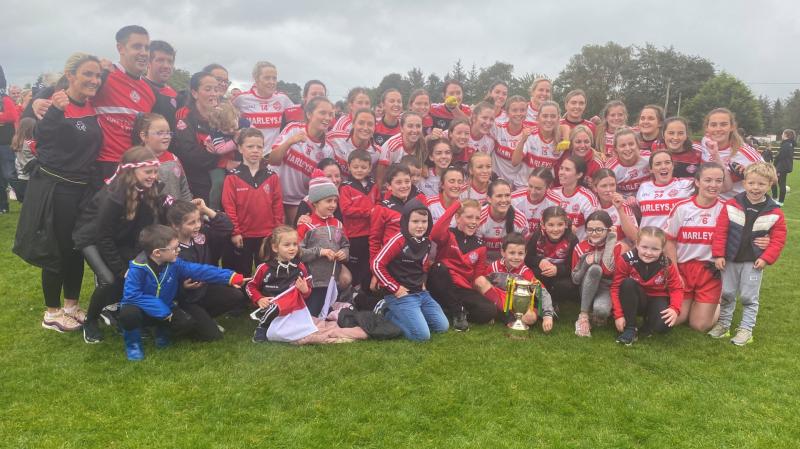 Glenfin retained the Kernan Group Ladies Championship senior crown in a marathon final at MacDiarmada Páirc in Lifford - although the defeated Termon side certainly felt aggrieved.

In what was a fantastic advertisement for the ladies game in the county, one of the teams was always going to be beaten on the day, with a trip to Monaghan next weekend on the horizon for a mammoth first hurdle in the Ulster club championship and Donaghmoyne.

Termon were inspired by Geraldine McLaughlin - the scorer of an incredible 1-16 - with Glenfin indebted to their brilliant double-act of Yvonne Bonner and Karen Guthrie, who scored a respective 1-9 and 0-11.

There were a few causes of Termon complaint and some seemed justifiable. In the sixth minute of second half injury-time, McLaughlin put over a free for a 2-14 to 1-16 lead and it seemed as though there were only seconds left. If even.

However, play continued, and continued, for the best part of three more minutes, with Glenfin given a couple of late frees by referee Declan Callaghan - one of which was brought forward - before Bonner popped over one from right in front of the posts to force extra-time at 1-17 to 2-14. Sixty-eight minutes had been played. 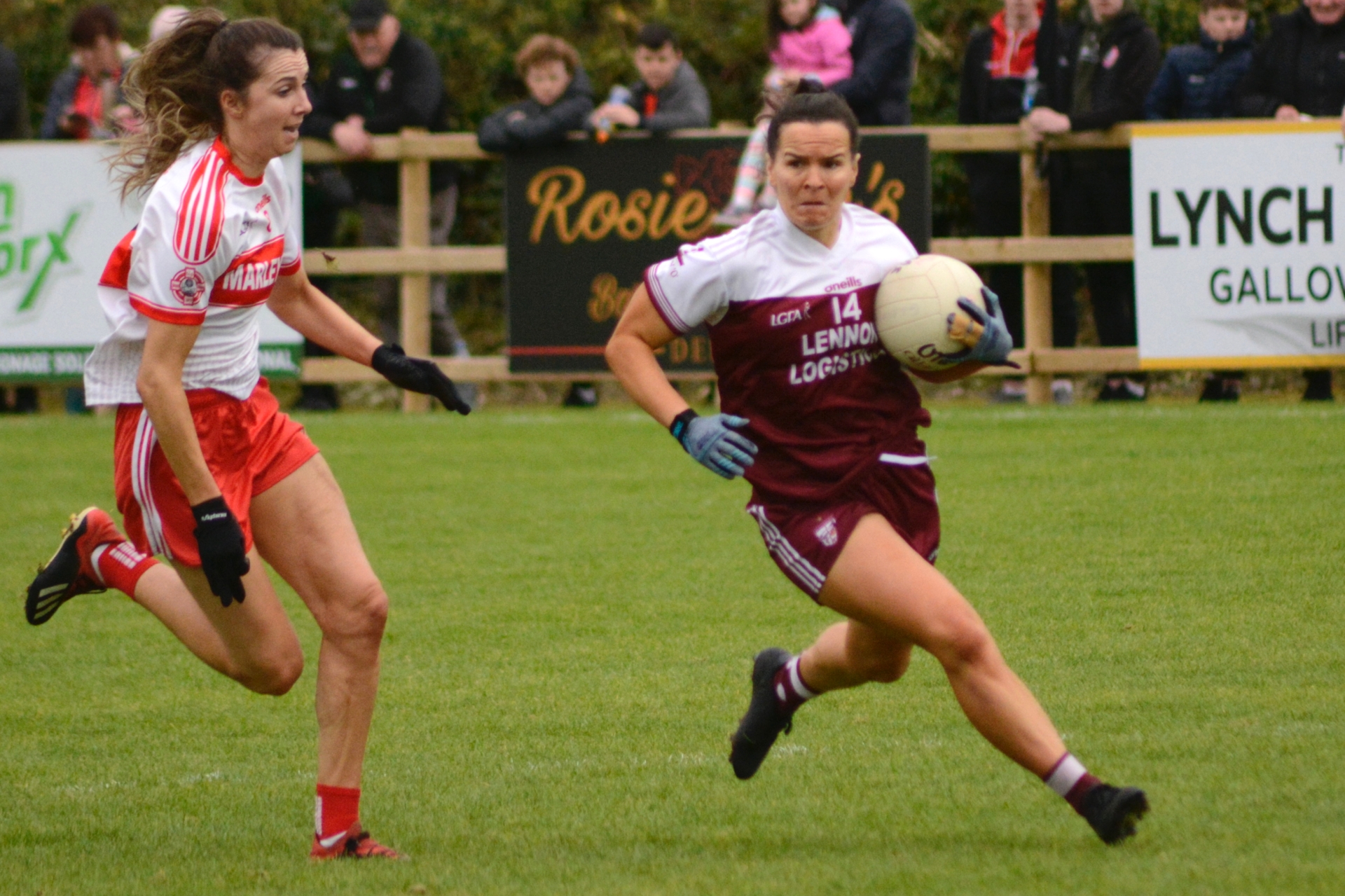 Glenfin at that stage had lost Grainne Houston to a late yellow card and began the extra-time with 15, with Termon aggrieved with a number of decisions and Callaghan speaking to their sideline at one stage.

The team from An Gaeltacht Lar just kept their head down and posted three points - a Guthrie free and two from Bonner - to put themselves 1-20 to 2-14 ahead at the changing of ends in extra-time.

That wasn’t the end of it though, with Termon cutting their arrears to one inside of three minutes of the restart, through McLaughlin and Bridget Gallagher.

However, their hopes of parity received a blow when captain Nicole McLaughlin was yellow-carded for a foul on Katy Herron and although her sister Geraldine would score two more points, Guthrie at the other end managed three - the second last a brilliant score before a fisted one to finally rubber-stamp the win.

The match seemed to fly in the blink of an eye in some ways, yet felt as if it lasted a week in others. Ann-Marie Logue and Herron tried to tame Geraldine McLaughlin; Nicole McLaughlin and Evelyn McGinley were forced with the task of keeping Bonner and Guthrie in check. The newly-laid Lifford pitch had duals swinging one way and then the other on every square inch.

Last year Glenfin had hammered Termon 7-7 to 2-10 in the decider, although the nature of the duopoly means that margins are seldom so wide. With Bonner back on board from Glenfin following the birth of her baby daughter, it meant Andy Connors’ Termon would have plenty to think about defensively. 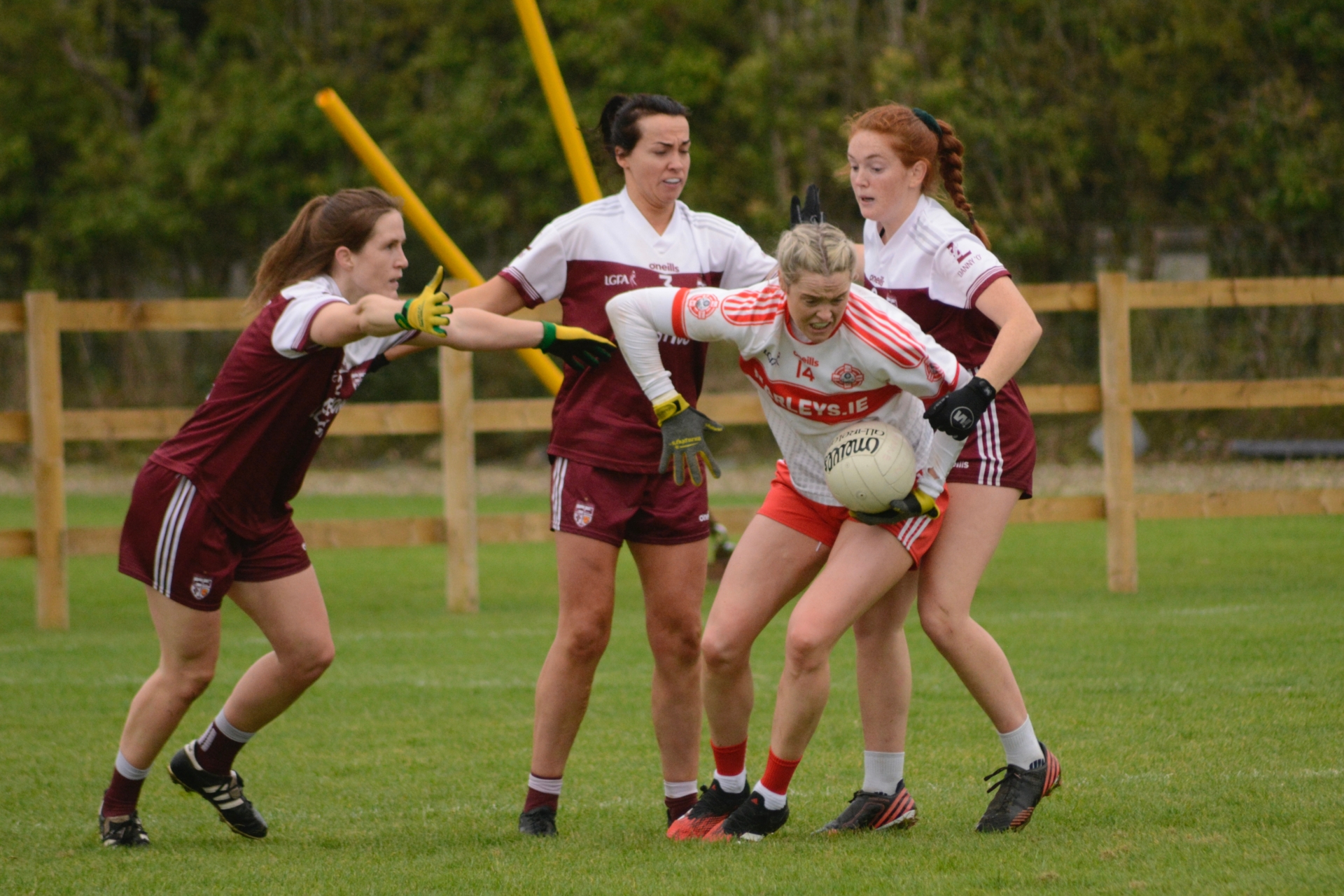 Bonner got in for a seventh minute goal, slipping the ball just inside of Orla Corry’s far post, which made it 1-1 to 0-1. Termon, though, got their engine running when McLaughlin scored a brilliant individual effort cutting in from the left and ghosting past four players to score a fantastic goal on 12 minutes.

Another point from McLaughlin brought it back to 1-2 apiece, although Glenfin hemmed Termon in towards the end of the quarter and Jamie Leigh McMahon pointed, as did Bonner when she tried to lob Corry for goal only to see it fall inches over the crossbar after Caoimhe McGlynn nabbed a kick-out. It made for a 1-4 to 1-2 lead by the water-break.

Katie Long got her name on the scoresheet for Glenfin although Termon managed to get themselves in front at half-time, with Ciara McGarvey the goalscorer on 22 minutes following a neat give and go on the run with McLaughlin. Termon were 2-7 to 1-8 in front at the break.

Four wides halted the progress of the team from the Burn Road in the third quarter, with McLaughlin seeing an effort at a point hit the outside of the upright then corner-forward Gallagher’s shot at goal crashed into the side-netting. Substitute Niamh Friel drew a save from Sharon Conaghan.

At the other end, Glenfin were taking the bulk of their chances, with McMahon scoring a second point and Bonner and Guthrie’s influence continuing to be the standout facet of the game. They managed to level it up at 1-12 to 2-9 by the three-quarter mark.

Paul Bonner’s team appeared to be in the ascendancy, although with the lead flittering from one team to the other so often, the musical chairs notion was also prominent - whoever was the lucky one sitting when the music stopped would edge it. Over and back it went and with time almost up Termon had come from one down to lead by two, 2-13 to 1-14.

With the clock as big an obstacle as the scoreboard at that stage, Bonner pulled one back and, with things now at a frenzy, equalised in the second minute of injury time as Termon got caught coming out with the ball. 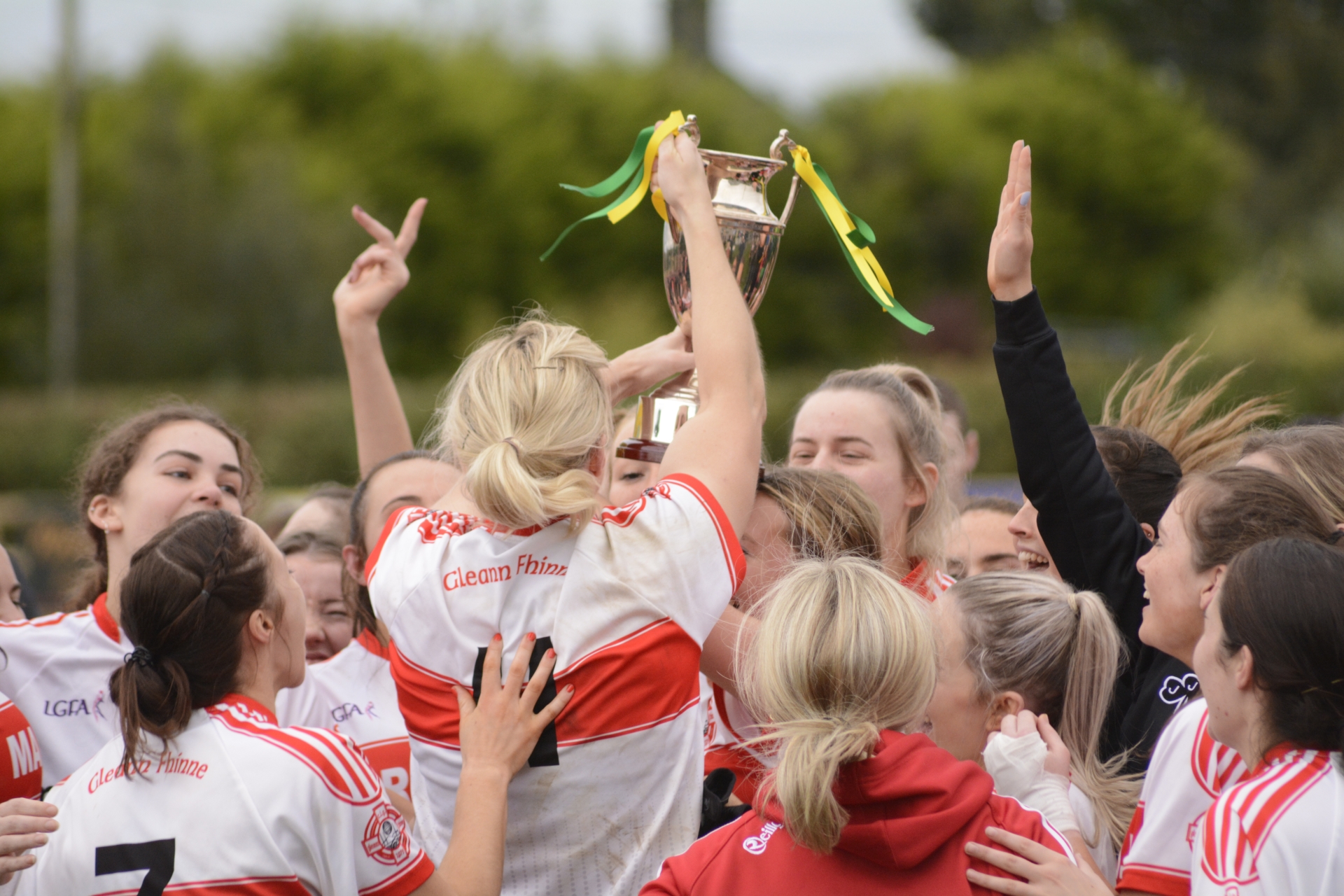 On it went, with nobody too sure if the next play was to be the last and Houston was binned. McLaughlin was grounded and five minutes into injury time, steadied herself and slotted over the free to bring her personal tally for the day to 1-13 and more importantly for those in maroon and white, Termon to within a whisker of the title.

However, three minutes of their supporters’ persistent whistles and calls for time later, Bonner stood over a free and with as little fuss as could be imagined, slotted over to bring it to extra-time, 1-17 for Glenfin to Termon's 1-14. And from there Glenfin saw it out.