Killybegs winners of greatest ever Donegal senior championship in 1996 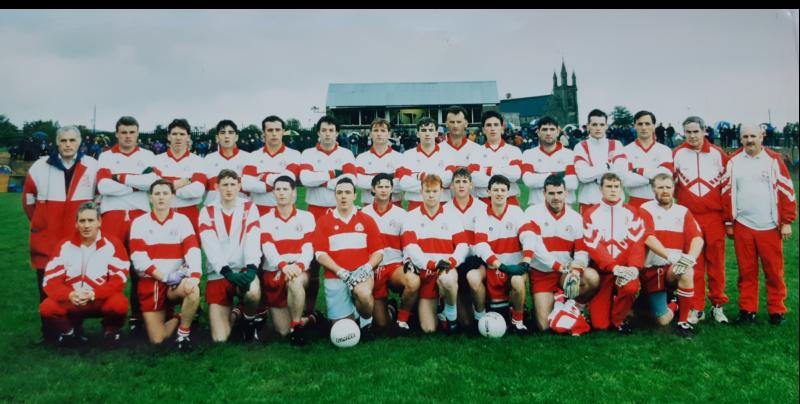 The 1996 Donegal senior championship was probably the greatest everchampionship in Donegal with Killybegs having to play nine games to win their four title of the '90s, and for most of the team, a fifth title, having won also in 1988.

The South and South-West had something of a monopoly on the senior championship in the early and mid 1990s and this was certainly borne out in 1996. Games were hotly contested with little between the powerhouses of Killybegs, Aodh Ruadh, Kilcar, Ardara and Naomh Columba, who kept battling to finals, only to invariably meet Killybegs or Aodh Ruadh.

In 1996 Killybegs, under the management of Pauric McShea, started out losing to Aodh Ruadh in Fintra but turned it around in Fr Tierney Park to take it to a third game. It ended all square in Tirconaill Park and it took extra-time in a fourth game to separate them.

And just when Killybegs thought it might get easier, they needed three games to get to the semi-final as a Jonathan Boyle-inspired Ardara put up great resistance.

They overcame Kilcar in the semi-final with Naomh Columba awaiting in the final.

The decider was played in atrocious conditions on the last Saturday in September in MacCumhaill Park (due to the infamous All-Ireland final between Meath and Mayo replay on the following day).

By that stage Killybegs and Naomh Columba were meeting for the fourth time in a final, and it was no surprise that there was just a point between them at the finish - Killybegs 1-8, Naomh Columba 1-7.

The match report in the Democrat was in no doubt that Killybegs were worthy winners, having done the spadework in the first half.

Five Manus Boyle points left Killybegs ahead by 1-6 to 0-2 at half-time. Naomh Columba, as was their way, fought back. Paddy Hegarty won a penalty for Noel to goal while a minute earlier David Meehan had denied Eugene Doherty.

Substitute Michael Byrne cut the lead to three but Manus replied with his 6th and 7th points to lead by four with nine minutes left.

Seamus Carr again cut the lead as John Cunningham was dismissed on a second booking. Naomh Columba tried to the finish with two Noel Hegarty points but again they came up short.

The 1996 Co final programme had an interesting article on the scoring records of both teams in the 1995 and 1996 campaigns.

Manus Boyle finished with an incredible tally of 4-55 in nine championship games in 1996 - almost 7.5 points per game.

He was also the leading scorer in the Donegal 1995 championship with 0-21.

Pauric Gillespie was Naomh Columba's top scorer in 1996 with 2-28 but he was kept scoreless in the final. 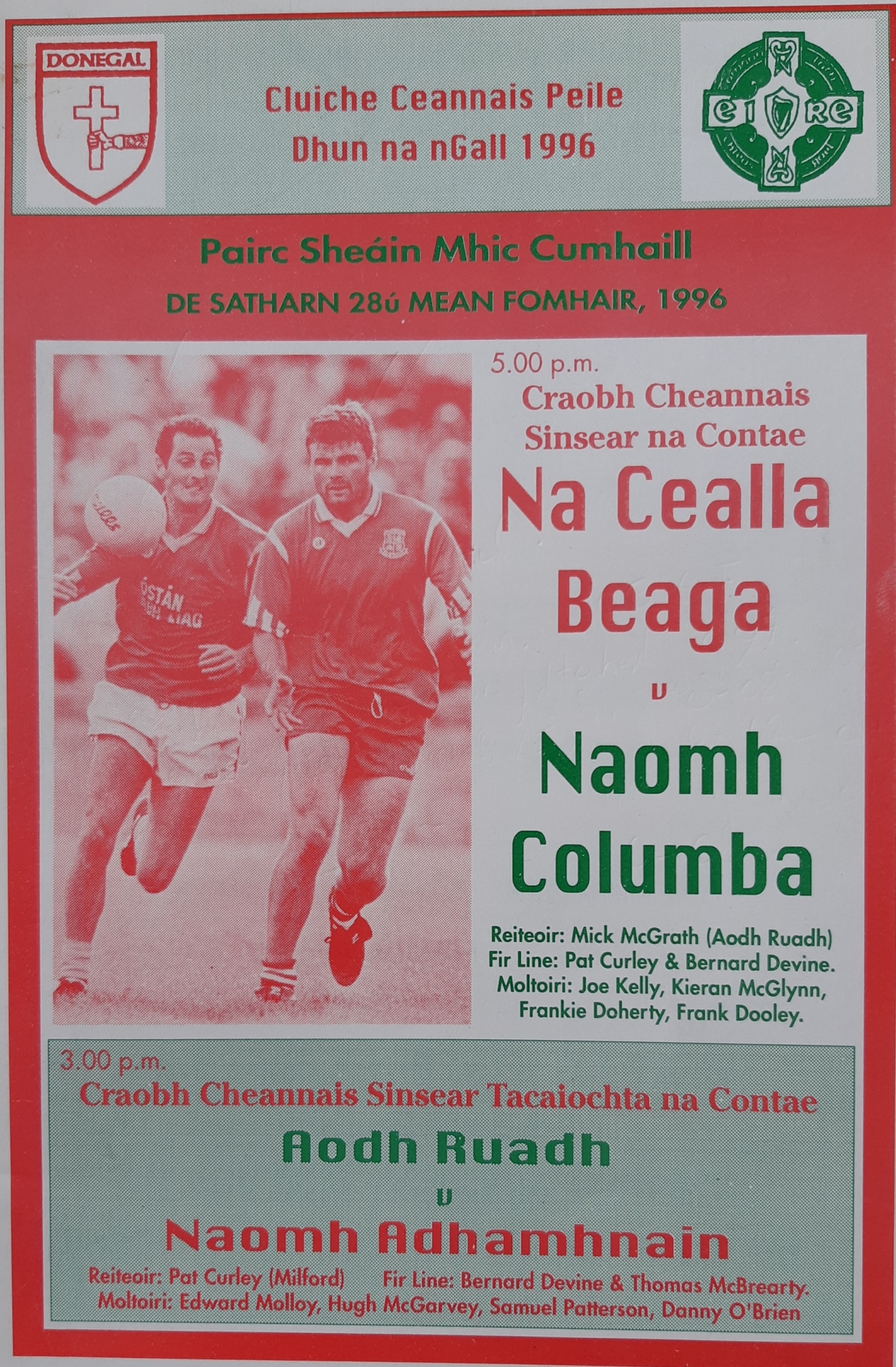