Donegal competitors shine in the Kingdom 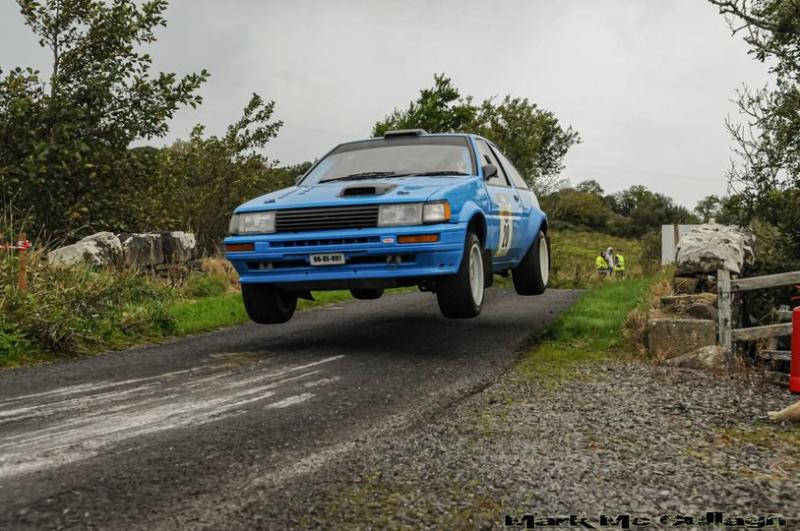 Kevin Eves on the attack.

Donegal competitors were to the fore at the Kerry Winter Stages Rally.

Pettigo’s Kevin Eves was the leading modified car and a storming run in the Corolla saw him finish third in the overall standings.

Chris Melly was again on the notes and the Twin Cam, powered by the just-acquired KGP 2.5 YB engine, powered to the podium.

Sam Moffett, with Keith Moriarty riding shotgun, won the event by 36.6 seconds in a Hyundai i50 from Gary Kiernan’s Fiesta.

McBride and Curran won the class from John Michael Kennelly and Shane Dillon. This was only McBride’s second tarmac event.

Letterkenny’s Dale McGettigan was the navigator for Limerick’s Christopher O’Callaghan who was eighth overall and winner of class 13 and John McElhinney sat with Colin O’Donoghue to come fourth overall.