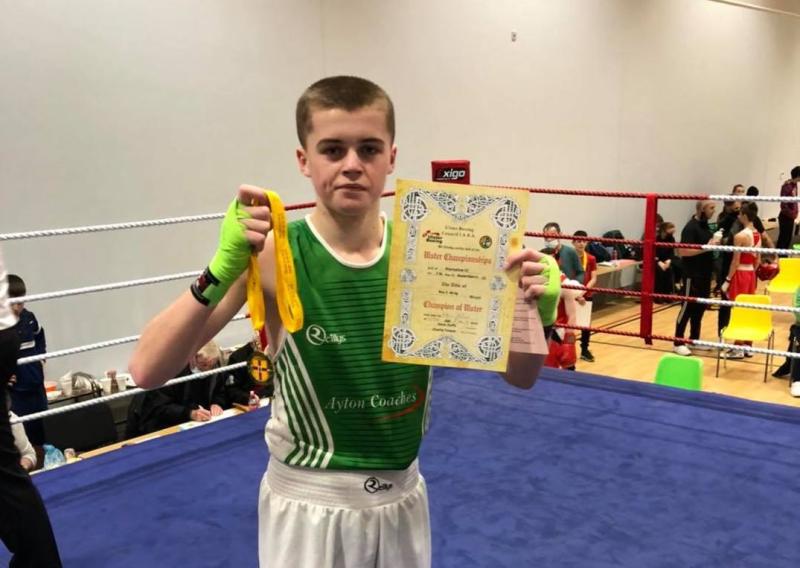 Three Donegal boxers won their finals at the Ulster 9 County Boy, Girl 1,2,3 Championships in Derry at the weekend.

Raphoe ABC’s Rian Patton, Gareth Doyle of Dunree and David Tennyson from Dungloe Boxing Club were victorious in their finals at the Shantallow Community Centre.

Doyle saw off Sean Smyth Fryers of Corpus Christi in the Boy 1 35kgs final. The bout was stopped in the second round with on-form Doyle firmly in command of the bout. In the semi-final, Doyle defeated Eddie Reilly from Oakleaf ABC.

Tennyson took the Boy 2 48kgs final thanks to a split decision (3-2) win over Francis McCullagh (McCullaghs BC).