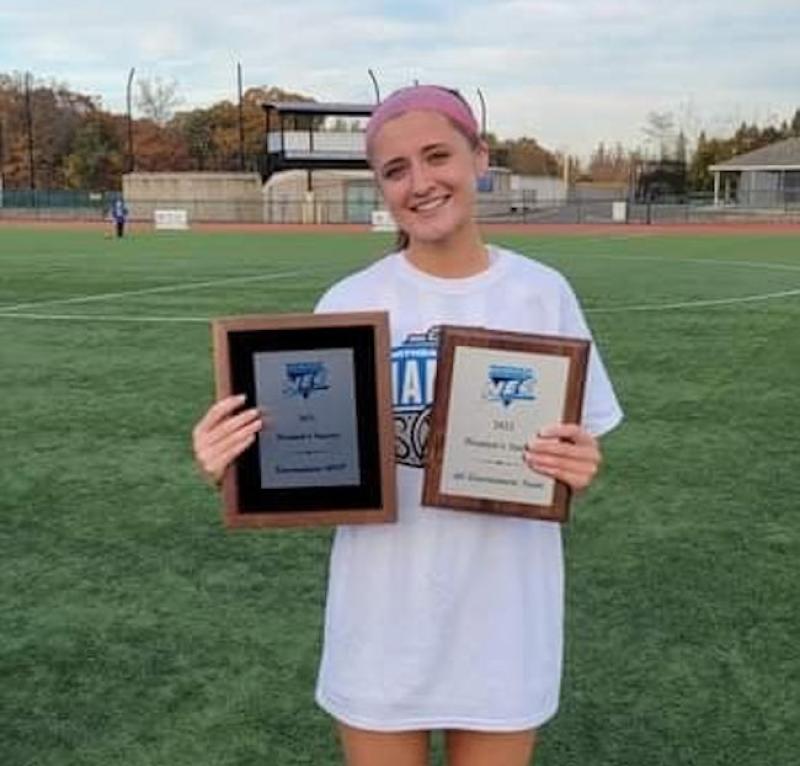 Zoe McGlynn put injury woe firmly behind her at the weekend as the Raphoe woman was named as the MVP at the NEC Championships.

McGlynn and McLaughlin both scored in Sunday’s 3-0 win over FDU.

It was McGlynn’s first goal for the Blue Devils.

“Getting my first goal for the team on Sunday was definitely a special moment,” she told Donegal Live.

“When I seen the ball hit the back of the net I was just so happy and I was full of joy. I ran straight to Roma who assisted me and I just felt a whole lot of emotion.

“It brought us up to 3-0 and we knew we had the win. All that mattered was for us to get the win, the goal and receiving MVP was just an extra bonus.’

The former Sion Swifts player, capped at underage level by the Republic of Ireland, was only a few weeks at CCSU when she dislocated a shoulder. Subsequent surgery ruled her out of her first season of action. 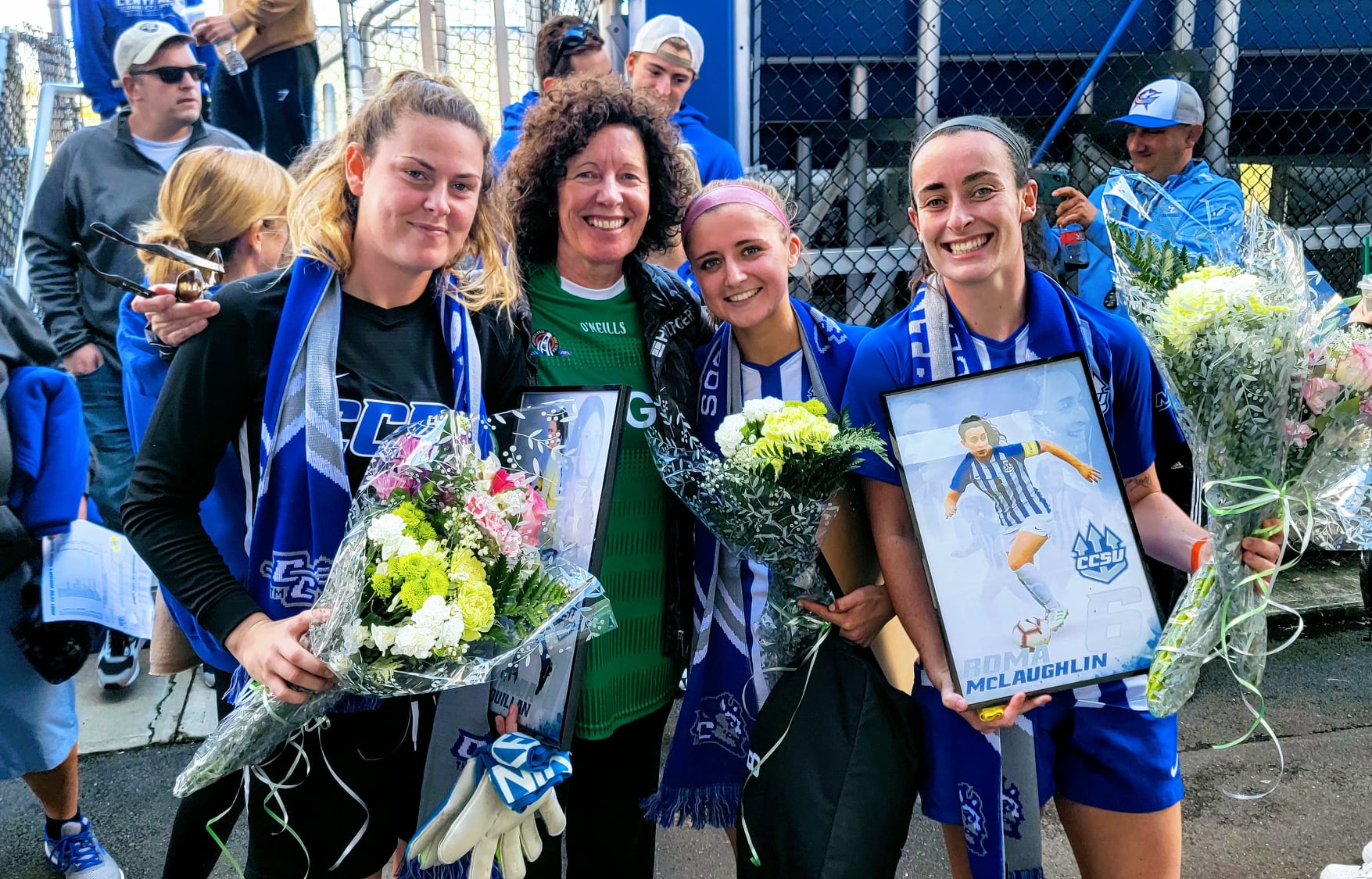 She said: “I found it very tough being away from home for the first time and having to deal with the injury without my family but having my teammates and coaches around me helped me through it.”

A back injury curbed her progress at the start of this year before an ankle injury niggled later in the season.

“It’s definitely not easy coming in and out of injury as it affects fitness levels massively. I worked hard and I tried my best to get back from that as soon as possible so I didn’t miss out of any more games.”

McGlynn will graduate from CCSU in December with a major in Economics and a minor in Bimolecular Science. Thereafter, her future is undecided.

She said: “I have the choice of an extra year of eligibility playing soccer in the US at college level. I have not made any plans yet and still have to decide what is next for me.”

McLaughlin and goalkeeper Amanda McQuillan from Dublin helped McGlynn to settle in America.

McGlynn said: “I have really enjoyed my time playing here at Central. It’s a completely different lifestyle than back home in Ireland.

“I don’t think I’ll ever forget these past few years. I’ve improved my soccer ability, made some amazing friends that I hope to stay in contact with after I leave here. I appreciate the chance my coaches has given me by offering me the scholarship. Overall it’s been an amazing life experience so far.

“It was a pretty amazing feeling to win the NEC Championship with the team on Sunday. We’ve worked so hard to get there and we truly deserved it. It’s our teams fourth NEC championship win in a row so it was a special one for everyone involved - players, coaches and everyone behind the scenes.”