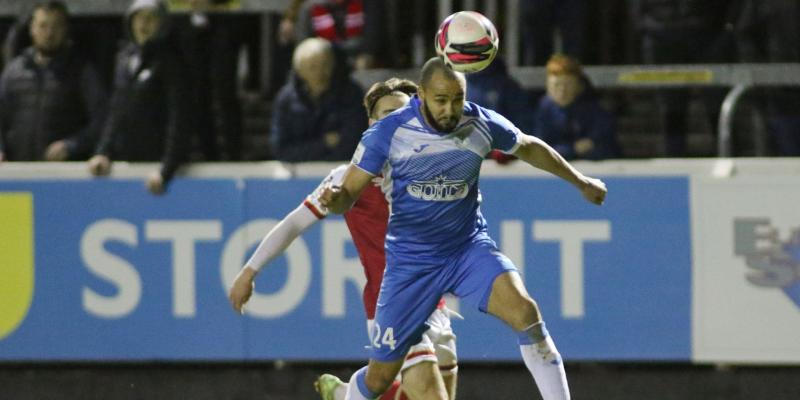 Kosovar Sadiki and Ollie Horgan both saw red as four goals in seven first half minutes set the tone for an eventful draw at Richmond Park, meaning Finn Harps’ hopes of automatic survival are now not in their own hands.

The result - in their second last outing of the league season - means that Harps are now a point in front of Waterford FC with a seven better goal difference with one more match played.

Horgan was fuming over St Patrick’s Athletic’s equaliser, which he may well feel changed the tide, although it could’ve went either way in the second half. He was booked for his protestations towards the end of the first half then dismissed in second half injury time.

Tonight’s results mean Pat’s will finish the season in second place. Stephen O’Donnell’s side have an FAI Cup final to look forward to at the end of the month and will play a significant role in the dogfight, with a trip to Waterford’s RSC next Friday. Longford Town will also play a big part, with their final two outings against Waterford and then Harps.

The visitors trailed to a Billy King opener before Sean Boyd turned it around with two quick goals to put Harps 2-1 in front, only for Darragh Burns to level when it was claimed he was offside. Mark Anthony McGinley, the Harps goalkeeper, was forced off with a quad injury two minutes before half-time.

Sadiki was sent off for a second yellow, picked up with eight minutes to play, for kicking the ball off a grounded Burns. Late on, it was the hosts who looked the more likely winners with Will Seymore making a great defensive block from a goalbound shot by substitute Chris Forrester, who was pulling the strings for his cameo.

Boyd was only returning following his dismissal against Drogheda United last Monday week and was preferred in attack to Tunde Owolabi, who scored a hat-trick the last time Harps played St Pat’s.

Mattie Smith almost got in for the home team on 10 minutes when Dave Webster received an awkward pass and was pipped when trying to head clear, only for Kosovar Sadiki to get in a vital block. Then, moments later, Jamie Lennon drove just over the Harps crossbar and Jason McClelland was narrowly off target too from Smith’s centre.

These were the warning shots before King shot his side into a deserved lead and it was a poor goal to concede from a Harps perspective with Darragh Burns’ low ball in from the right not dealt with. King was the only one alive to the situation as McGinley in the Harps goal was left completely exposed 15 minutes in.

However, the St Pat’s lead was a short one as just a minutes later, Boyd, who was fouled himself by Robbie Benson, curled a free-kick into the bottom corner, through the wall with home goalkeeper - 18-year-old Josh Keeley - was rooted to the spot. But just like McGinley moments beforehand was not helped by those in front of him.

Then, on 20 minutes, Boyd was at it again to put the Ballybofey team 2-1 up. This time he headed into the top corner to put the visitors 2-1 in front when Barry McNamee had played a left-footed ball into the penalty area having picked up possession in space from an Ethan Boyle throw-in.

As the crowd in Inchicore drew breath, any chance the game had of settling was blown wide open when Burns headed past McGinley for 2-2, with Jamie Lennon having clipped the ball into the area. Horgan, the Finn Harps manager, was furious with Burns who was in behind when he headed home.

Horgan was eventually yellow-carded by referee Neil Doyle for his protestations and the last chance of the half saw Keeley turn a Seymore daisycutter around the post.

Adam Foley, a half-time replacement for Karl O’Sullivan, was presented with a great chance moments into the second half following a scrappy Alfie Lewis pass only to fail to hit the target from close range.

Sam Bone, on 54, was given too much space in the Harps box and Doherty had to get down at his near post. From the corner that followed Smith’s header was inches off target. At the other end, Smith made sure parity remained with a point-blank clearance off the line as Boyle got a poke on a Dan Hawkins corner.

There was a huge St Pat’s penalty appeal on 72 minutes when Smith went down following a Benson corner with the locals claiming Boyle had tugged. However, referee Doyle shook his head and motioned to play on.

Boyd, on a hat-trick, was inches off getting one as he slid onto McNamee’s ball in. In the end though, Harps were the ones holding on for the point.