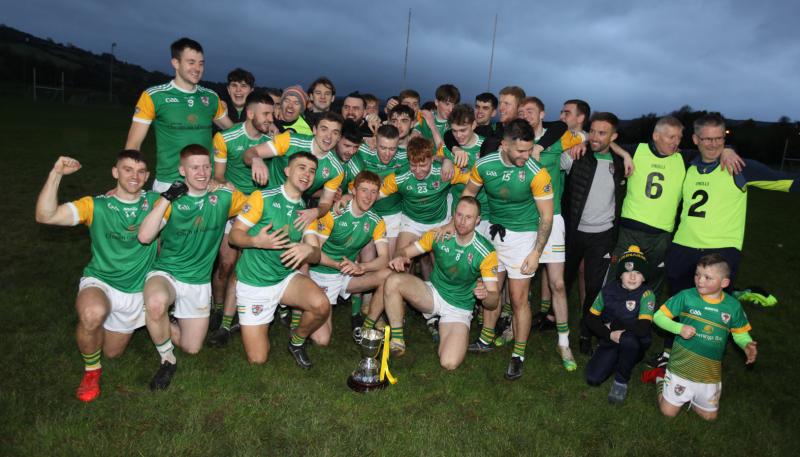 A goal by Allen Pasoma seven minutes into the second half essentially rubber-stamped Downings’ victory over Letterkenny Gaels in the Junior A Football final.

Pasoma’s goal put Downings into a 1-7 to 0-2 lead against the out-of-sorts Gaels and even had there been any doubt over who would win before the goal, there was none afterwards. 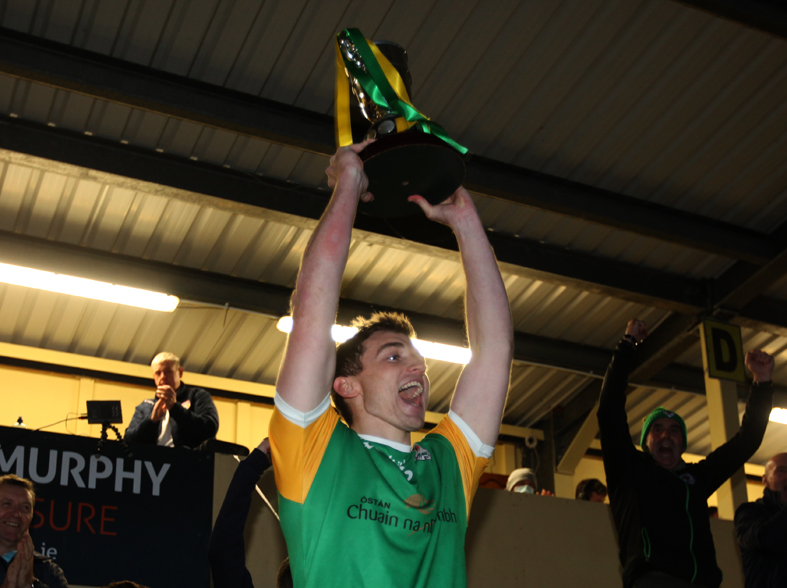 Downings were on top for the entire contest - barring perhaps a short spell in the first quarter where Gaels scored twice and passed up on a number of decent half-chances. That said, Downings were working in an organised defensive fashion and hunted in packs when the need arose.

This year’s protagonists had lost the last two finals between them, with Gaels losing out against Buncrana in 2019 and then Downings missing out when they faced St Mary’s Convoy last year.

Downings failed to give an account of themselves that miserable day in Ballybofey, losing out on a 3-10 to 1-3 scoreline and were determined not to fall into the same hole again this time around.

They started with intent, with Johnny McGroddy hitting two classy scores inside of three minutes, only for Sean McBrearty’s team to get back on terms at 0-2 apiece by the water-break. Sean McDonagh finished off a sweeping move then goalkeeper Ryan Graham slotted over a 45.

Graham did well to keep his sheet clean with a fine save beforehand from Locan Connor, who constructed a one-two with Eric Roberts, before shooting. Graham was equal to it, though, and Connor, almost instantaneously with little time to think, saw his rebound go just wide.

Both defences were packed and as a consequence, shots on goal tended to be snatchy and Gaels, at one stage, saw three in a row go wide, while Downings were off target with three.

Pasoma and Danny McBride managed to score second quarter points, both following patient build-ups to work the Downings space. When Kealan McGroddy slung over a long-range effort on 25 minutes, Kevin Cookie Gallagher’s team were three to the good, 0-5 to 0-2.

Eric Roberts, crisply struck, added another with a vast chunk of that period of the contest being played in the Gaels half of the field. It was 0-6 to 0-2 at the break.

Gaels made the press at the start of the second half and saw a couple of chances go begging again. Downings, with their first meaningful attack of part two, cut himself a gap to score - the type of concession that would deflate the opposition.

A minute later, on 37 minutes, Pasoma was on hand to tuck home a goal for a 1-7 to 0-2 lead. He steered home after James Lee McBride’s initial shot at goal with the outside of his right foot had come back off the post.

With that, the tempo of the match slowed and it was 10 minutes before Kealan McGroddy added the next score. Gaels, on 50 minutes, missed out on a chance to make some sort of imprint when substitute Ciaran Kilfeather struck the crossbar from a Conor McBrearty pass. And just to rub a little salt as they say, Oisin Boyce put over a simple point at the other end, meaning a 1-9 to 0-2 lead for Downings.

McDonagh, in injury time and almost in darkness, scored Gaels’ third point of the day, which was their first in 48 minutes. The eventual winners were, by that stage, thinking of the bonfires on the way home. It was, for Downings, some turnaround from last year.