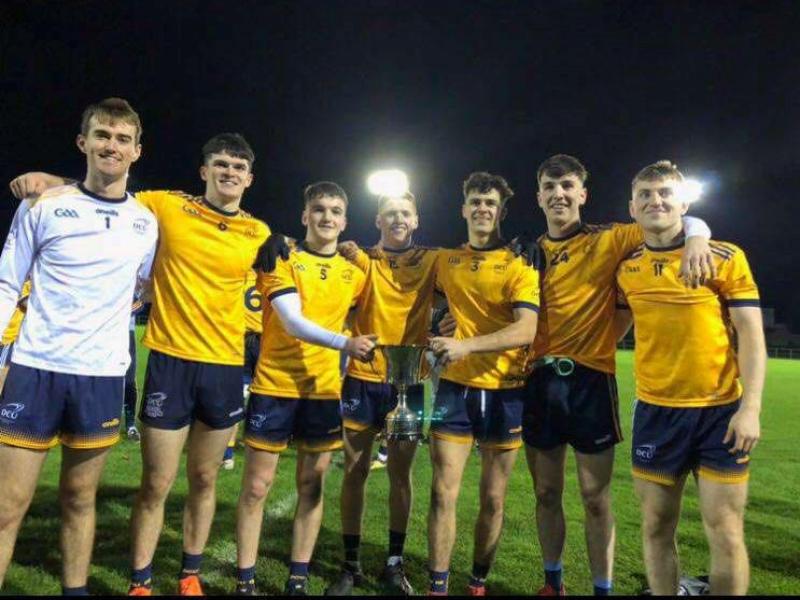 Donegal was well-represented on the victorious Dublin City University panel that won the Second Year A football Championship final against University of Limerick tonight.

DCU were comfortable winners at their own campus, on a 3-11 to 0-11 scoreline. The competition is essentially the 2020 Freshers, which wasn't played last year during the pandemic.

Shane O’Donnell of St Eunan’s and Downings’ Johnny McGroddy - both of whom put in fantastic personal showings in their club sides’ respective victories in the Donegal SFC and JFC finals in the last fortnight - wore numbers 11 and 15. Joey Gillespie from Naomh Muire came off the substitutes’ bench.

McGroddy grabbed the first goal of the game with Sligo’s Red Óg Murphy also netting in the first half, before a second half goal from Seamus Óg Byrne, who also picked up the man of the match award. 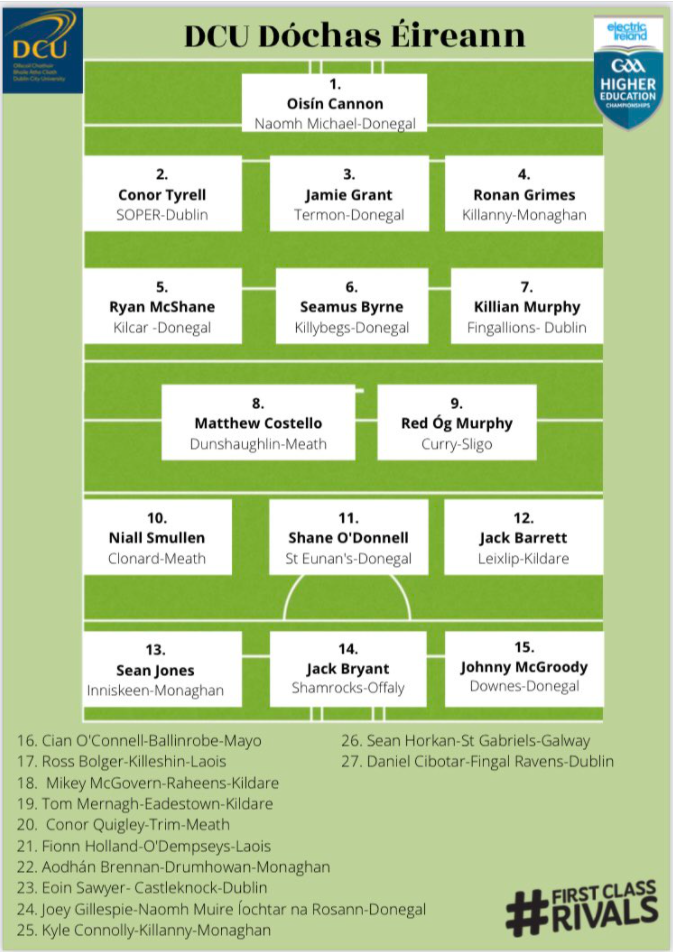 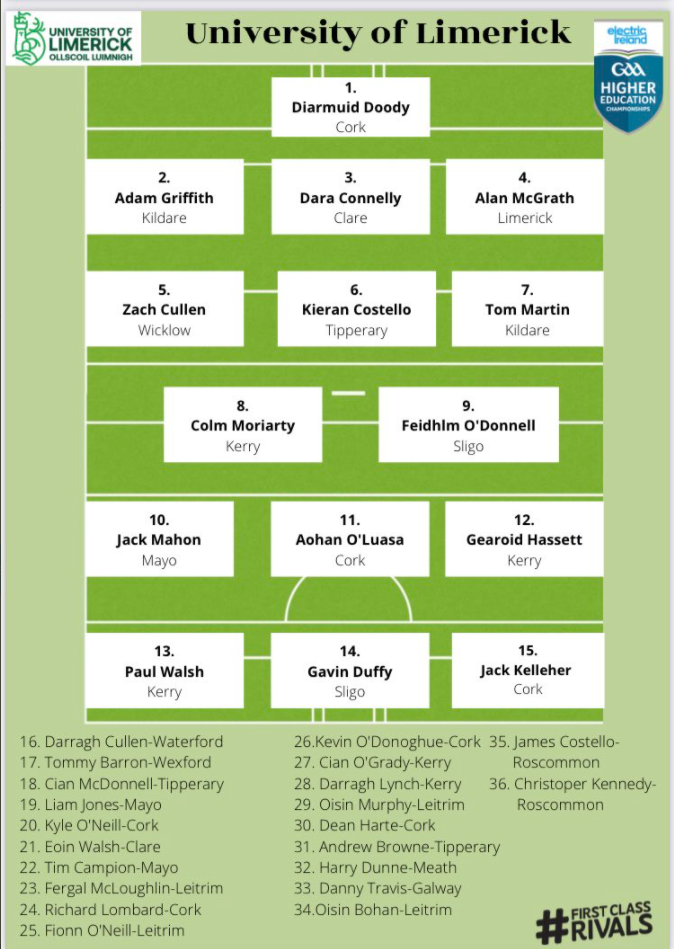