Cockhill dispose of Lakewood with minimum fuss in Cork 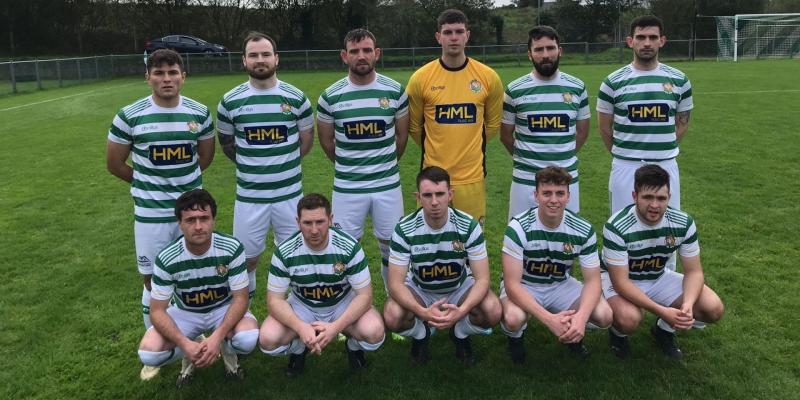 Christy McLaughlin netted a brilliant hat-trick as Cockhill Celtic moved into the last 16 of the FAI Intermediate Cup.

Gavin Cullen’s side were comfortable away winners over Munster Senior League side Lakewood Athletic.

McLaughlin’s treble and goals by Garbhan Friel, Adam Duffy and Laurence Toland powered the Ulster Senior League champions into the next round.

Cockhill had a lack of competitive games going into this one, but they showed no cobwebs with a blistering display.

McLaughlin set them on their way with a superb free kick on 19 minutes, curling delightfully past Rian O’Keefe in the Lakewood goal.

Duffy hit the woodwork and O’Keefe denied Corey McBride when he broke through.

Cockhill doubled the lead when Friel pounced on a loose ball to convert.

Three minutes into the second half, McBride was the provider as McLaughlin riffled home at the far post.

McLaughlin completed his hat-trick when he finished superbly from distance after being fed by Duffy.

Duffy coolly found the bottom corner to add to the tally and Toland completed the rout late in the game.