Boyle backs St Eunan’s to make an impact in Ulster 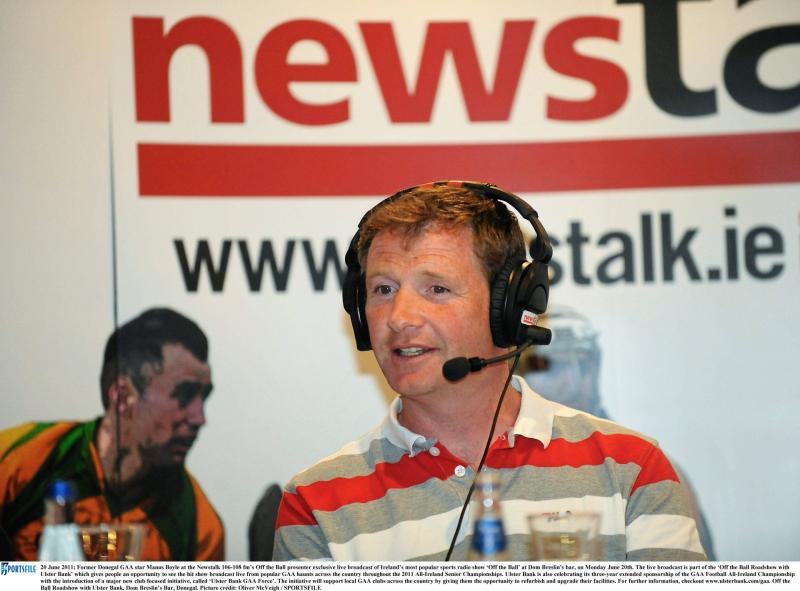 St Eunan’s could not only beat Derry champions Watty Graham's Glen but also have the potential to go all the way to the Ulster final.

That is the considered view of Manus Boyle, who was only one of two of the Democrat jury to tip Rory Kavanagh’s young men to beat hot favourites Naomh Conaill in the county final.

But the ease of that victory has pushed them further up the ladder as they entertain the conquerors of Slaughtneil today.

He said: “If St Eunan’s continue to develop to the same level that they did in the second half of the county final, there would be very few teams who could live with that and that includes Glen”.
Boyle knows a thing or two about Ulster having played in a number of campaigns and lost a final to the Nudie Hughes inspired Castleblayney Faugh’s in 1991.

The winners of this the preliminary round tie will face Monaghan champions Scotstown in the quarter-finals with 2019 Ulster winners Kilcoo on the same side of the draw, with their last eight opponents being Ramor United from Cavan.

“I just think that the strength of the St Eunan’s squad could be the difference on Sunday,” Boyle added. “They just have so much talent that has played at county level at some grade or other and the majority of their subs the last day were inter county players at some grade or other and that extends to their reserves and there are very few teams with that level of quality”.

“It is something that Eunan’s will have to contend with if they get over Sunday as when you go into Ulster generally the home side will get the benefit of the doubt.

“They are formidable, but it is a great chance for St Eunan’s to have them on their own patch and that has to count for something, and it is worth two or three scores early on”.

St Eunan’s may be relatively young but they have all played at a high level and they have been Ulster champions at underage level and that is bound to give them great confidence.

“They have all been in Development Squads and look at Niall O’Donnell’s experience, Rory’s experience himself and their biggest asset of all is Shaun Patton. That is immense as his kickouts are just so good. When you get to work with keepers of that level it is great and he is at a different level.

“They have a lot of lads who can score, every one of the six forwards can score. Their passing range is brilliant, their movement off the ball is excellent, they are never in the same position for two or three minutes and they are always on the move and always making the defender think.

“They are very well coached and disciplined and their tackling has improved and that showed against Naomh Conaill. They made Naomh Conaill look very ordinary and Naomh Conaill are anything but that.”