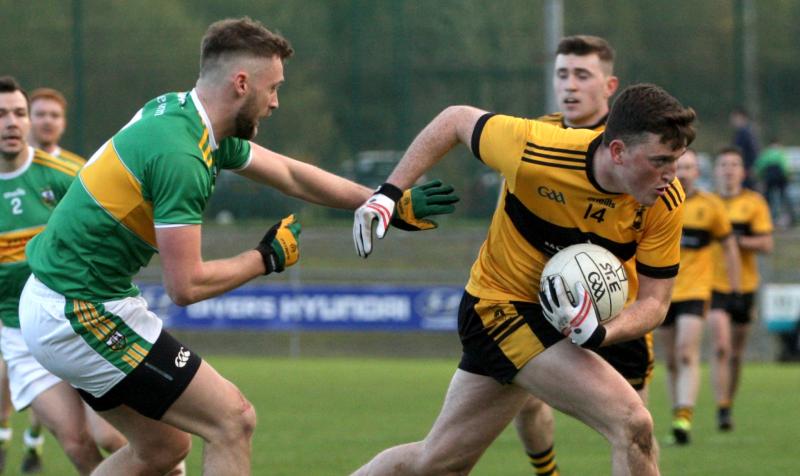 Watty Graham’s began the weekend as favourites to win the All-Ireland club championship and ended it with their reputation just about intact as they squeezed through a claustrophobic encounter against heartbroken St Eunan’s in the Ulster preliminary round.

The Letterkenny side were left devastated, having led the contest from the start of the second quarter till 10 seconds from time when Glen corner-back Michael Warnock showed nerves of steel to split the posts to level.

He was the free man as St Eunan’s at the time were down to 14 with Aaron Deeney on the sideline about to return from his 10-minute sin-bin. Then, from the kick-out that followed, Shaun Patton and Sean McVeigh were penalised for a one-two and a technical foul and from the free right in front of the posts, Danny Tallon kicked what would turn out to be the winner. 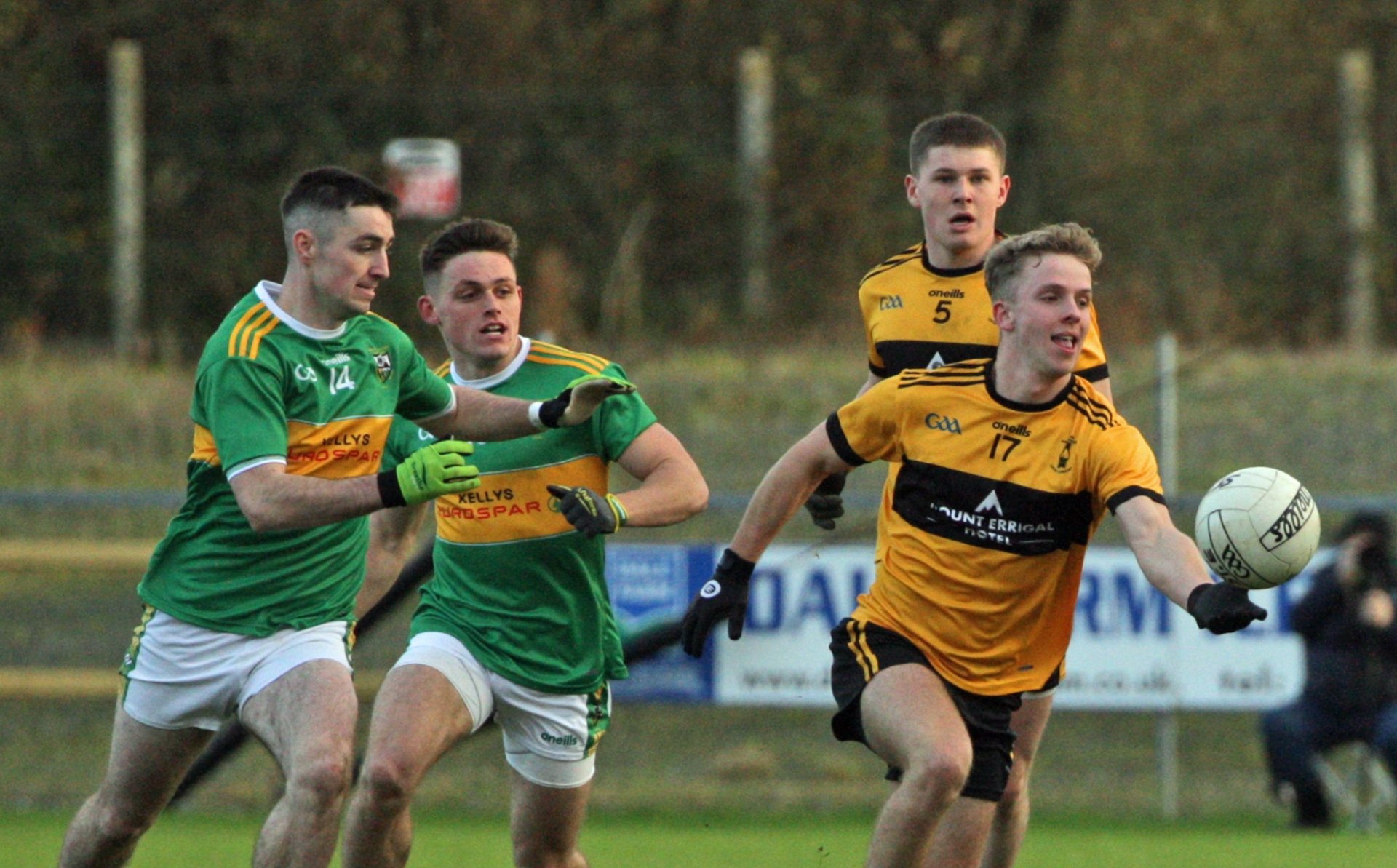 St Eunan’s were left irate when referee Sean Hurson then signalled play on when Niall O’Donnell seemed to be bumped by Ciaran McFaul.

“It was a complete robbery,” as centre-back McFaul put it. “We got out of jail.”

It looked as though it was going to be St Eunan’s day as with just four minutes left Patton saved a penalty from Conleth McGuckian after Peter Devine was controversially deemed to have fouled Stevie O’Hara, who fell inside of the square. The award, the home support claimed, was soft.

If it ended with fireworks, it began with caution. Both teams dropped into their shells and the essence was safety first, with neither taking any risks whatsoever. Passages of play took chunks of minutes with one mirroring the other. It was the Derry champions initially though, who were getting whatever shots off there were.

A measure of how tentative it was, was the fact the score was 0-1 to 0-0 for Watty Graham’s at the first water-break, with the last play of the first quarter being a hurried shot from Padraig McGettigan. Seventeen minutes had been played and it was the hosts’ first pop at goal. 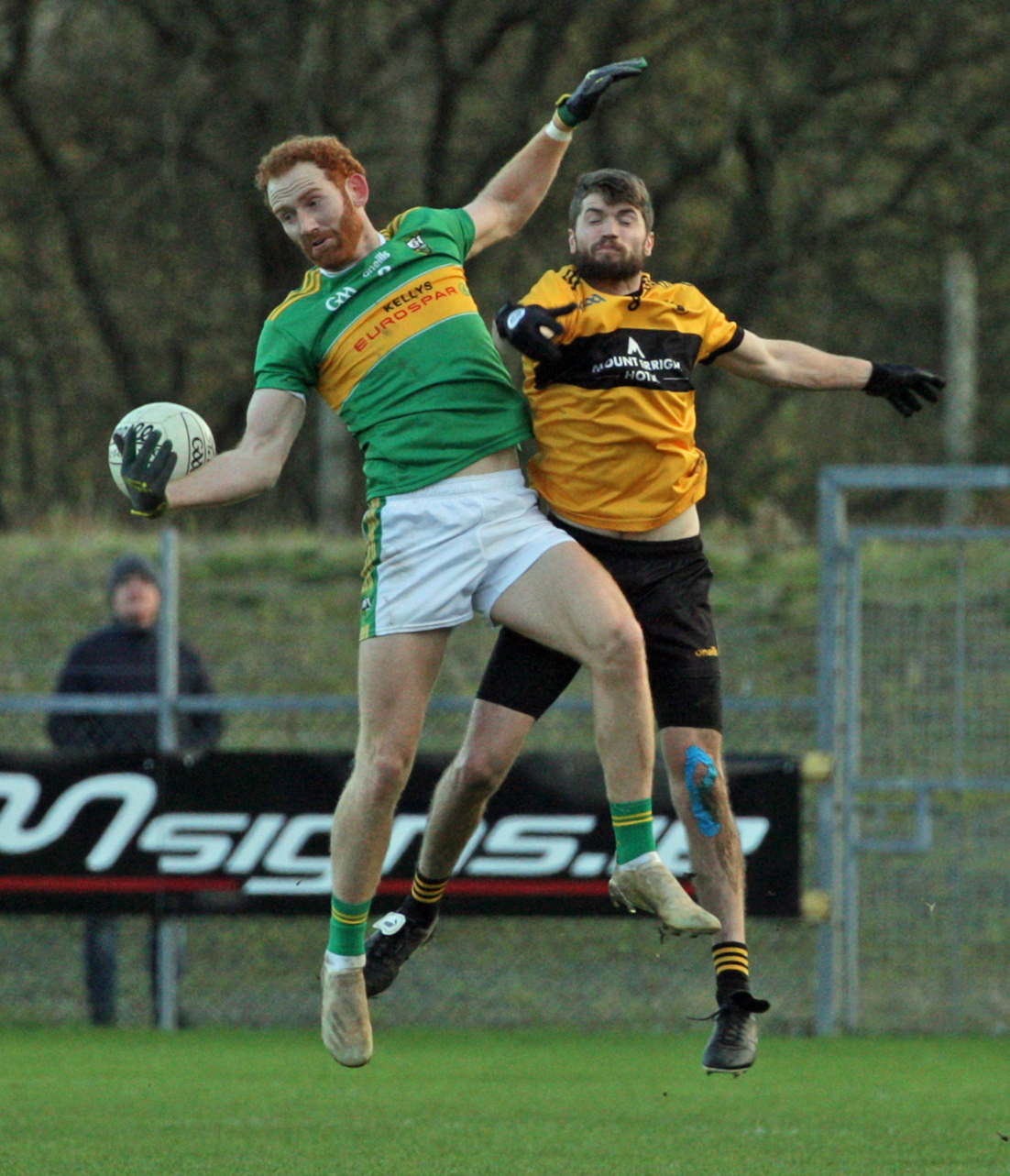 McGettigan, though, slapped home a goal for St Eunan’s, also on 17 minutes - after the water bottles were put away - from a diagonal ball in from Darragh Mulgrew, who was the most impressive player on the field in the first half. It was St Eunan’s first score, which tells a story of how things were being conducted and they led 1-0 to 0-1.

Rory Kavanagh’s side seemed to be replicating their county final showing - the 1-11 to 0-4 victory over Naomh Conaill - and went in 1-2 to 0-3 in front at half-time.

The third quarter, where Connor Carville was black-carded, saw just one score apiece, with Tallon the scorer for Glen and McGettigan punching over from close in. It was tense. Patton, the Eunan’s goalkeeper, had missed three placed balls and at the other end, Alex Doherty blazed high and wide when it seemed a point would be the worst he'd have got.

Nine minutes from time, St Eunan’s went 1-4 to 0-5 ahead, with Kieran Tobin scoring and it looked as though they might see it out. McFaul, whose influence grew more and more throughout, pulled a point back to galvanize his team.

St Eunan's will feel as though they left it behind. Having produced such a disciplined performance they only were beaten when they lost their composure late in the day. Glen came through the acid test.