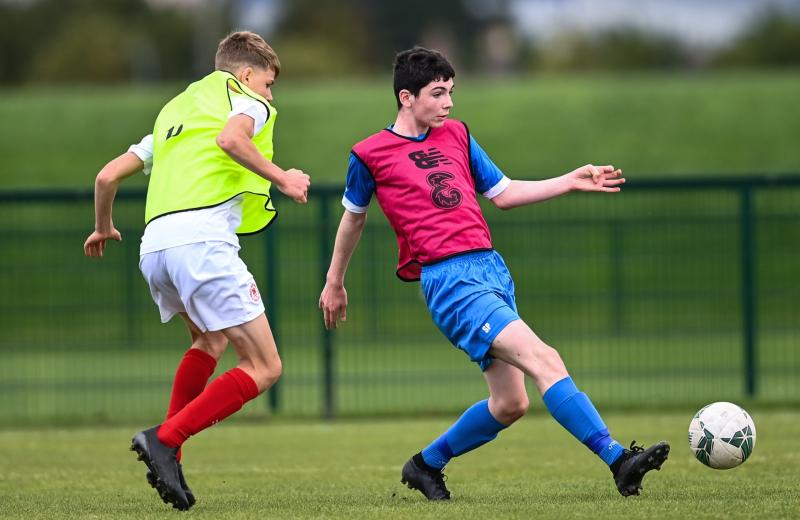 Sean Patton made his international debut this week

Sean Patton made his international debut on Tuesday as the Republic of Ireland Under-16s overcame Norway in Spain.

The Drumkeen man, who plays for Finn Harps Academy, came on for the last 20 minutes of the 3-0 win in Polop.

Freddie Turley, Luke Kehir and Taylor Mooney all scored in the second half for the boys in green.

Second-half goals from Mohamed Dahmouni, Hugo Alba and Jorge Castillo were enough to win the game in front of crowd of 400 people in Alicante.

Patton came in for the final 16 minutes of the game.

Ireland finish the three-game international friendly series with a match against Norway at 11am on Sunday.