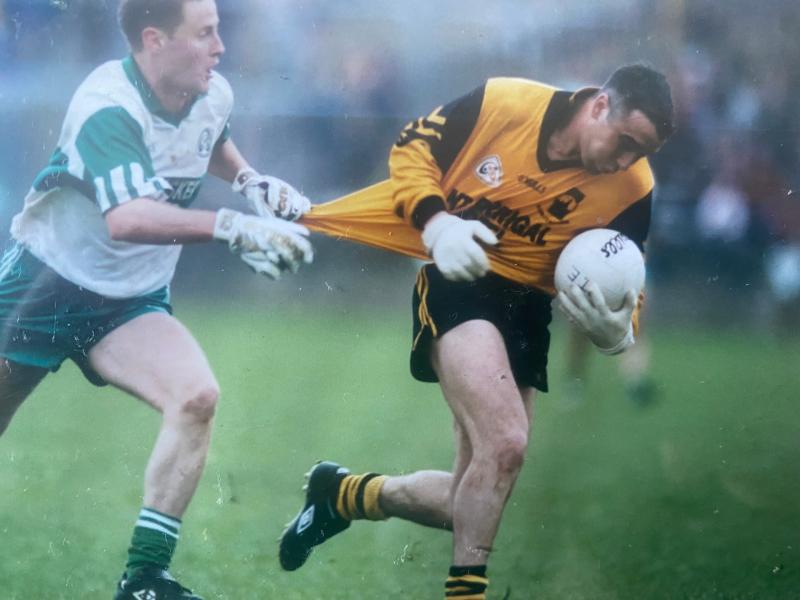 St Eunan's bowed out of the Ulster Club championship on Sunday rather tamely and one former star of the club, Kevin Winston, like many others, is frustrated with the way game in general is going.

The Winston clan were known for their scoretaking with Kevin's father, Joe 'Dodo' Winston the top scorer in Ulster in 1972. Indeed the family are unique in that they are in a small group that have three generations of Donegal senior medals, as was pointed out to us this week by Dungloe native Gerald Boyle.

Kevin's grandfather, Barney, won a Donegal senior club medal with Dungloe in 1936 before Joe and Kevin followed him with senior medals. Indeed, the family are on track to become members of a new club, the first to have four generations of medal winners as Kevin's son, Oran, is currently a member of the St Eunan's senior panel. But if Kevin Winston has his way, he might influence him to become a corner-back rather than a corner-forward.

"He's like myself, he doesn't have the speed for in there," quips Kevin.
After watching St Eunan's and Glen, Maghera play out a dour affair on Sunday, eventually losing 0-8 to 1-4, Winston feels that being a forward in the modern game is very difficult.

"I don't know why you would be a corner-forward nowadays,” he says. “You're just sitting in there and you don't see a ball. I think at some stage, you have to go for it.

"Corner-back is a better position than corner-forward at the moment. You will have more ball. You'll have a better opportunity to score. You saw on Sunday the most important score of the game was the one that the corner-back Michael Warnock from Maghera scored," says Winston.

"You have big Padraig McGettigan but they don't throw many high balls into the square and young Eoin McGeehin, he's a goal machine, but he doesn't get many chances."

Winston feels that the influence from the Donegal success of 2012 remains and it has become a blueprint for football, not just in Donegal, but throughout the country.

"I turned on the Dublin county final when I got back to my mother's house after the game and it was 1-1 to 0-1 at half-time. I don't know," adds Winston, who was worried about St Eunan's tactics even before the county final.

"I was hoping that whatever happened that they would go out and give it a go, not this toothering about, over and back. No one will tell me any different, only Naomh Conaill gave away a terrible goal, that game would have ended up 0-6 to 0-4 or something like that. Naomh Conaill weren't at the races. They had played their final against Kilcar and they were never going to lose that game."

The former St Eunan's star feels that teams just have to take some risks and he feels "they have to do away with that stupid mark anyway," highlighting the one mark incident in the game against Glen. 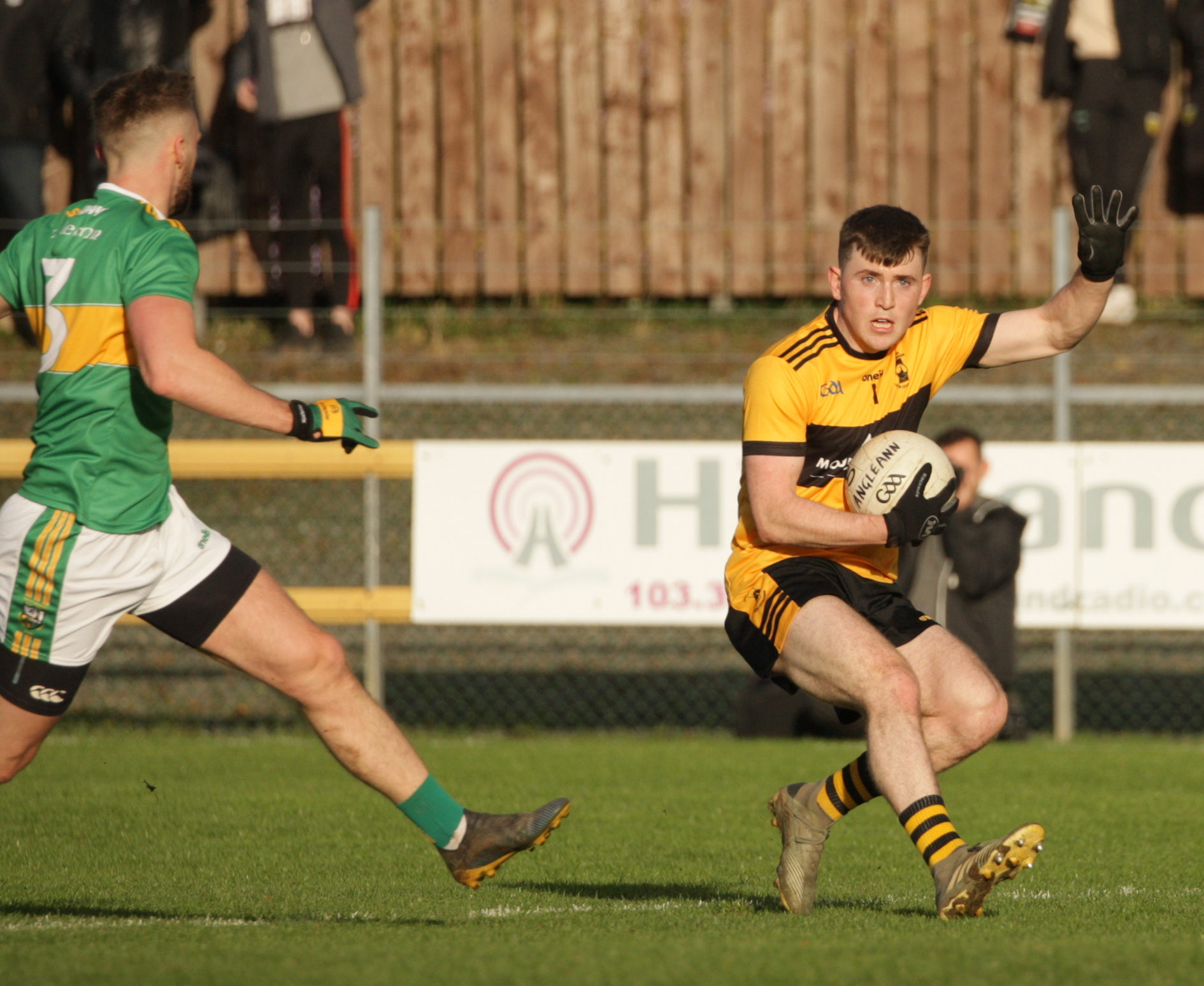 "When Shane O'Donnell caught that mark, it was great that he thought of the mark. But if he took another two or three steps he would know if the goal was on. It has taken away that wee bit of excitement," Winston adds. He also feels that the free against Shaun Patton at the end for taking the pass back is also an unnecessary rule change and was harsh on the 'keeper.

"I'm convinced if Patton had just caught that ball, the ref wouldn't have copped on,” Winston says. “It's a stupid rule. The 'keeper should at least be allowed to kick it away.

"They are tinkering away with the rules. If you go back to those Killybegs teams and Aodh Ruadh or ourselves, you just went out and tried your best. The worst it was you might have two men on you, but now those class forwards, you don't see them," Winston adds. "It was more up here, in Donegal, but now it's everywhere."

The fact that the two teams managed just 0-8 and 1-4 on Sunday on a perfect day for football had people giving out.
"You need to put up big scores. I was disappointed in that Glen team," he adds.

Winston says that in the past “if St Eunan's got a free 35 metres out, forwards like himself or Brendan Devenney would be stepping up and if goalkeeper Tony Blake was coming up, he would be sent back!"

Winston felt that St Eunan's didn't use someone who could have been a trump card for them in the front line. "They didn't use Conor O'Donnell,” Winston adds. “I know he can shoot, but maybe that's the reason. Last year against Naomh Conaill he kicked two from outside the 45 to draw the game.

"No one will tell me that he is not one of the best six forwards in St Eunan's at present but he just doesn't fit the way they are playing. A couple of years ago he never missed a free, if he was only on for that alone ..." 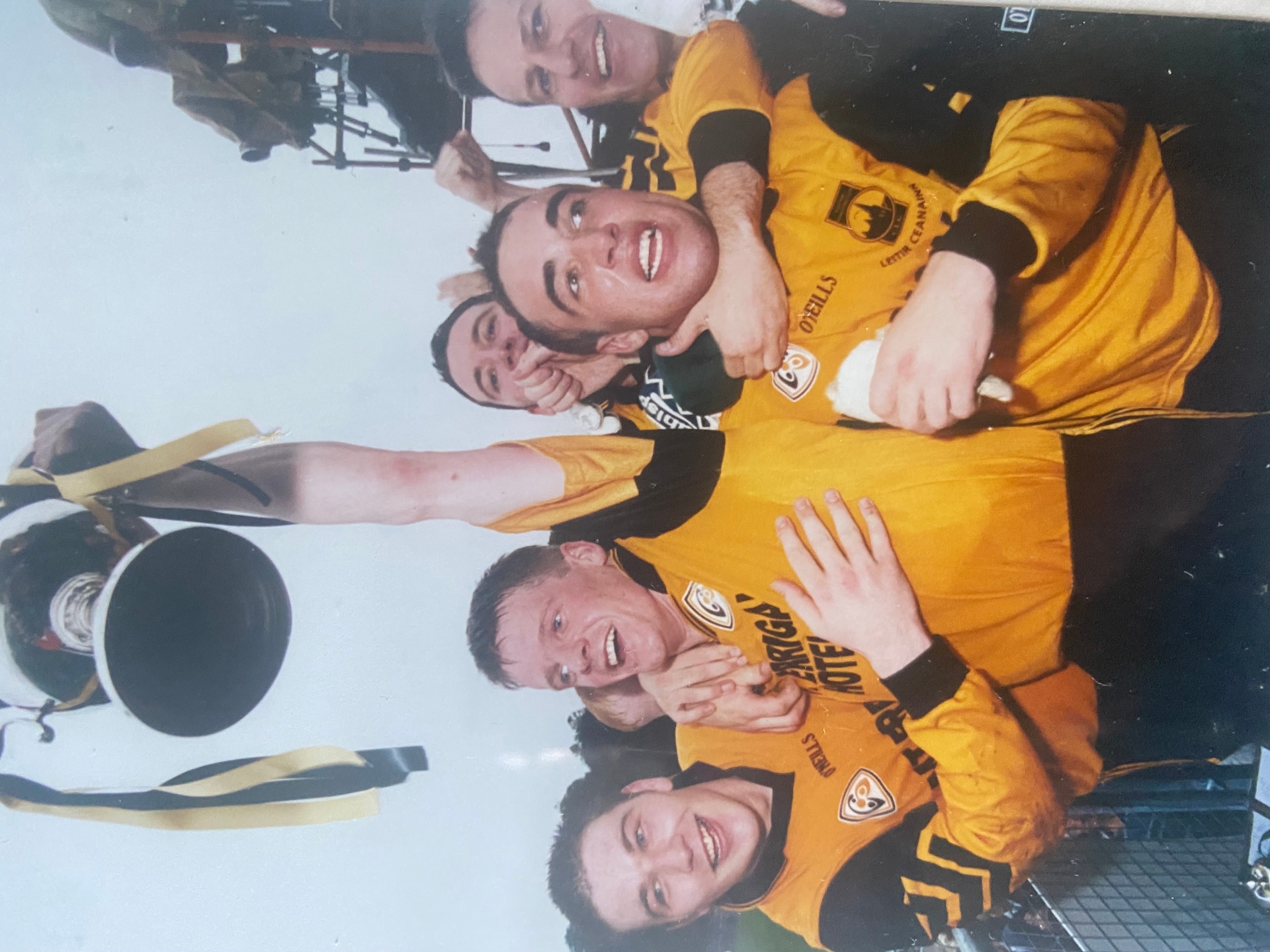 Winston doesn't expect much to change in the near future. "There are just four teams in Donegal at the minute who can win the championship and the four of them are all the same. They are afraid and they think, especially if they get beat, that the defensive way is the best."

Of the four he says that Kilcar have the best forward in Paddy McBrearty: "In any game he could get you five or six points. Gaoth Dobhair are not at the races at the moment but when they are on the money they are hard to beat."
But don't despair, Winston feels that these things come in cycles and football might return again soon.