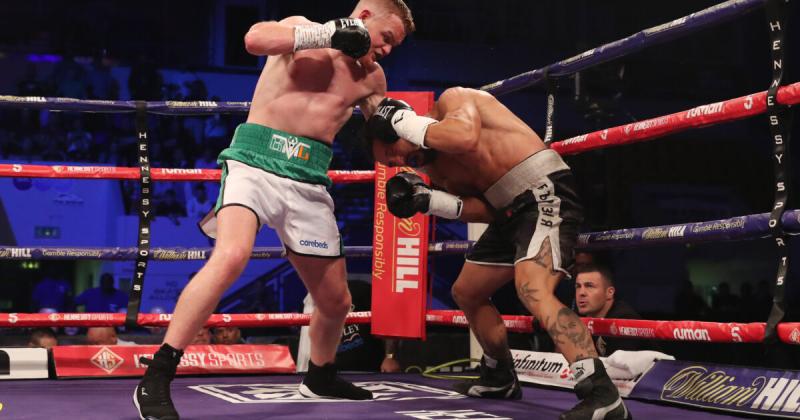 Brett McGinty wants to end his 2021 with a ‘big performance’.

McGinty made a wining debut last December against Jan Ardon and now he wants to end his first year as a pro with a statement win.

“It’s been a brilliant year,” said McGinty. “It’s a chance to show what I can do.

“I’d like a big performance to finish off the year.”

The Manchester-based middleweight, trained by Ricky Hatton, expects Emilov to ask some questions.

He said: “He seems to have a wee bit about him. He fought for a Bulgarian title and I expect him to be tough.

“He comes for a fight. He has fought some good prospects.

“I won’t be running around the ring looking for him. He fought Brad Pauls and took a round off him. He has gone the distance so this should be a good fight.

“I started with a six-rounder debut then went to three four-round fights and now I’m back at six rounds again.”