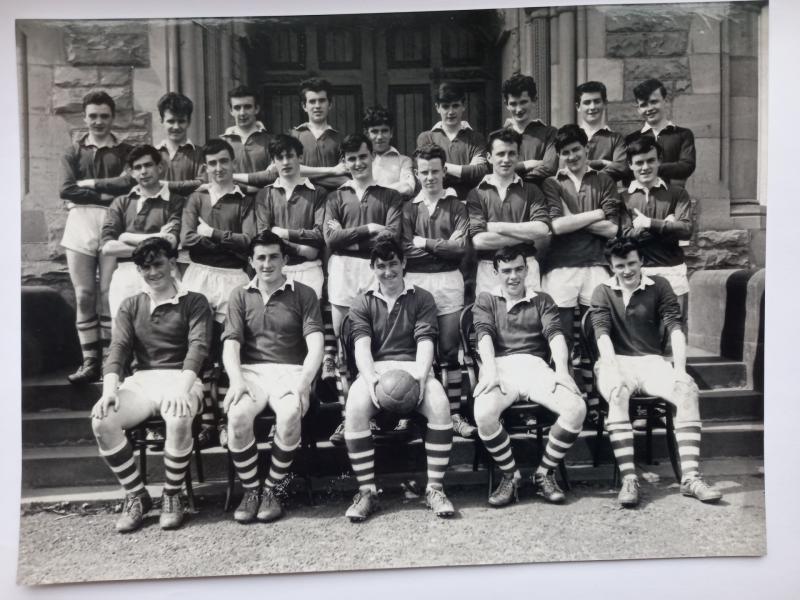 It is a day long forgotten by most, but not all. And one man that does not forget is Pat Boyle, from Dungloe - the long term Na Rossa club official. Pat remembers it for a number of reasons.

He was a first year student at the Sentry Hill academy and his brother James was on the St Eunan;s team and it was his first MacRory Cup game. Pat’s memory of the game was jogged recently when rummaging through old photographs he came across a photograph of the team and the entire squad.

The photograph was taken on the front steps of the college ahead of the start of the MacRory Cup campaign. The game, a first round tie in the 1964/65 competition was played in O’Donnell Park. The opposition was St Columbs of Derry.

As well as it being the first ever MacRory Cup and that his brother James was at left corner-forward, the young teenager also remembers the game for a dramatic finish and result.

Pat recalls: “ St Eunans were leading by four points with five minutes left in the game. But St Columbs scored a late goal and point to draw the game - St Eunan's 2-6  St Columbs 3-3 - the draw was good enough for St Columbs, to later top the group and qualify for the knockout stages of the MacRory.

The two late scores to earn St Columbs the crucial draw were scored by a player that went on to play with Derry City and Finn Harps and was a star international with Northern Ireland.

“Tony O’Doherty was the player that scored the goal and point. And while I was disappointed that St Eunan’s had only drawn, the two late scores were the highlight of the game for me and still are almost 60 years later. 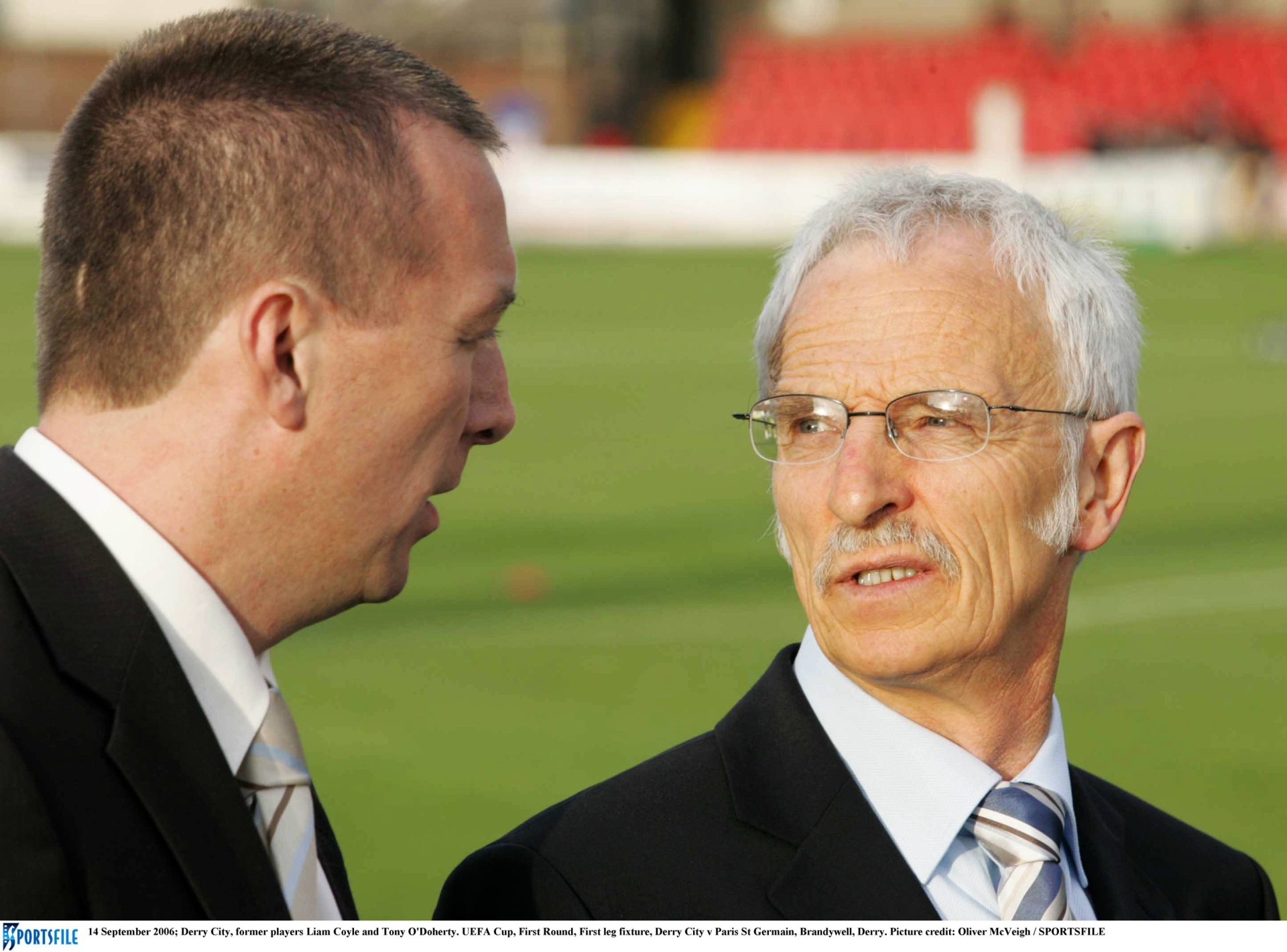 “O’Doherty (pictured) scored the goal and the point without handling the ball. For the goal he dribbled through soccer style from the middle of the field and stuck in the back of the net. He didn’t give Danny McGeehan a chance.

“From the kickout Derry won the ball again and they passed it to Tony and he again dribbled through and from 20 yards just chipped over the bar for the draw. They were two remarkable scores. Tony showed remarkable skill and none of the defenders were able to stop him.

“The scores proved to be the defining scores in St Columb’s season. If St Eunans held on to win St Columbs would not have won the McRory and the Hogan Cup. O'Doherty, less than six years later, would play internationally for Northern Ireland in the British Home Championship against England in front of a crowd of 100,000 at the old Wembley Stadium on 21 April 1970.

A young Michael Cullen was St Eunan’s coach and manager. Michael had taken over from John Wilson a few years earlier.

“I was given the job when John Wilson left,” said Michael. “I remember the game. We were winning well and then they got a goal and I think the point was from close free. It was the last kick of the game and I remember all the St Columb’s players with the exception of the goalkeeper and the free taker were in our square for the frees.

“We had a good team but St Columbs were a class team. They were managed by Fr Iggy McQullian. Fr Iggy was a former Fermanagh footballer and Cavan All-Ireland winner Charlie Gallagher was part of the management. Charlie was a dentist in Derry at the time.

“St Columbs were a fantastic team. They had a lad by the name of Barney Mullin playing. He was a brilliant footballer and he went on to play professional soccer in England and Northern Ireland. I wasn’t at all surprised that they went on to win the Hogan Cup.”

The lingering question is would St Eunans have gone all the way to win would they have gone on to win the McRory and the Hogan Cups. We’ll never know the answer to that question.”

It is an interesting thought. To the best of Pat Boyle’s recall the following is the St Eunan’s College team that drew with St Columb's back in the autumn of 1964.