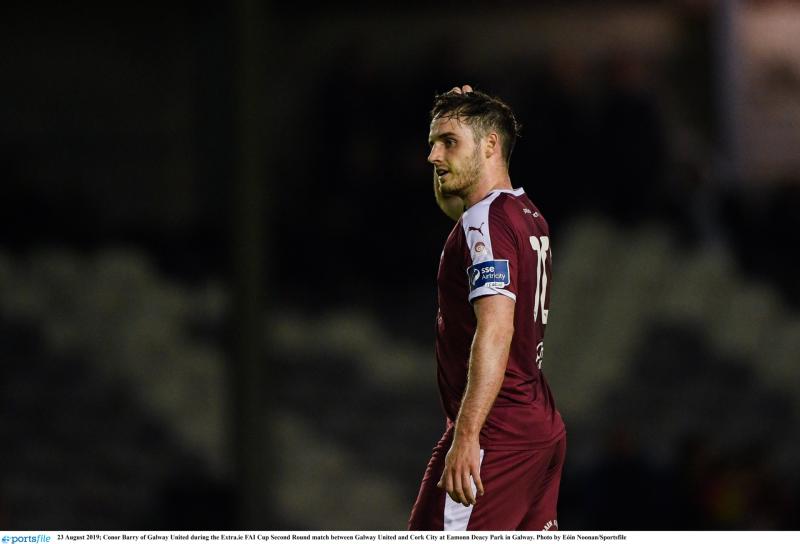 Conor Barry in the colours of Galway United

Conor Barry parted with Finn Harps at the end of the season and has today put pen to a deal with First Division Wexford Youths.

Wexford announced the signing on their official website: "Barry has consistently played at a high level for many years, with six great seasons at Galway United before signing for Finn Harps in their 2021 Premier Division campaign.

"He is an attack-minded midfielder, who will no doubt form an exciting attack with the already-signed Aaron Dobbs, Jack Doherty, and Conor Davis. Barry  has an impressive goal scoring record of his own, having a thoroughly impressive year with Galway in 2018 with 10 goals in 20 league starts.

"The Portumna man is a huge boost for Ian Ryan’s ambitions for Wexford in 2022.  He is skillful, composed on the ball and has a good range of passing.  He has previously won promotion with Galway United through the playoffs."