Back to the future for Ballyshannon's Sean Taylor in Sligo

It has been a rollercoaster few years for Ballyshannon's Sean Taylor. From being goalkeeper for the Donegal minors, full-back for Aodh Ruadh in winning an Intermediate championship title; full-back for Coolera-Strandhill in a Sligo senior championship final to a return to intercounty football as one of Sligo's senior goalkeepers.

Having just turned 22 years of age, Sean Taylor has packed a lot into the last few years, including graduating from Sligo IT and now running his own fitness business in Sligo.

"I'm currently working for Sligo GAA and I work for the Sligo Grammar School as well as head of strength and conditioning for those and then I run my own business, Taylor Fitness, in Sligo as well."

Taylor is certainly a busy man and his expertise puts him very much on the wanted list at this time of year as clubs come out of their winter hibernation.

"I've been  flat out recently. There are a lot of things going on and a lot of teams running.  It is the busy time of the year now, but I have found time to play a bit of football myself, which is good." 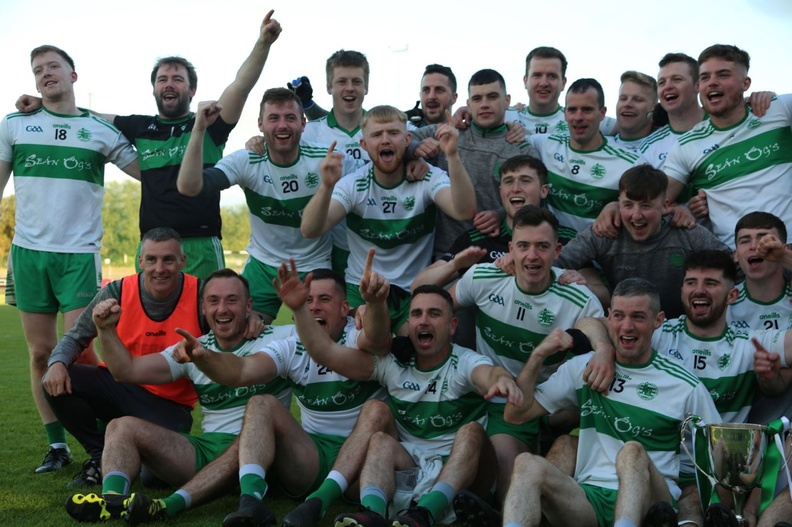 He was called into the Sligo senior panel by manager Tony McEntee, having shown up well for Coolera-Strandhill in his first season in Sligo, having transferred from Aodh Ruadh, Ballshannon early in 2021.

He had won an intermediate championship with the Ballyshannon club in 2020 and last year after his form with Coolera-Strandhill, he came under the notice of the Sligo senior management.

But it is as a goalkeeper that he has been brought on board by McEntee, so it is very much back to the future for Taylor.

"I was actually brought into Sligo this year as a goalkeeper, so back into gloves after a couple of years now."

And it is fitting that his goalkeeping coach with Sligo is one of his boyhood idols, Paul Durcan, the Donegal All-Ireland winning 'keeper, who is now living outside Sligo and involved with the Drumcliffe-Rosses Point club.

And Taylor is really looking forward to working with Durcan.

"Yeah, it's massive, to have a goalkeeper that I looked up to for many years coming in and being coached by him now. You can see that his football brain hasn't stopped, probably matured like fine wine since he retired from intercounty football.

"He has a bigger perspective and he has probably more of a say in what goes on in games, retstarts, kick-outs and defensive play, it's great to have his history of playing in defensive set-ups and knowing where to be and how to play. It's great to have that sort of experience there on top of Joe Keane and Tony (McEntee) and Noel McGuire has been brought in there too." 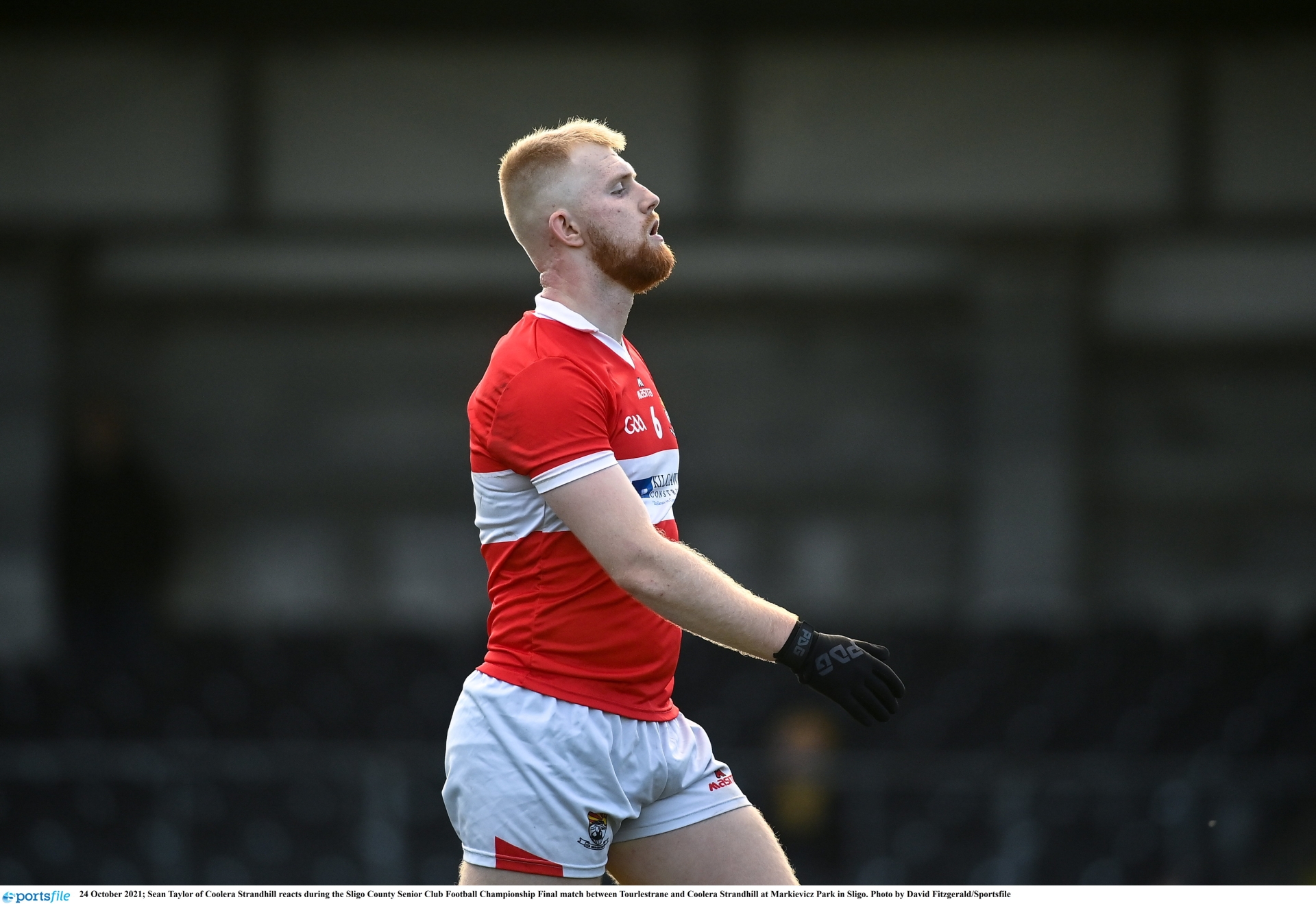 So what will happen when the club season resumes? Will Taylor be playing in goals or outfield for Coolera-Strandhill?

"I suppose that is something I will have to talk to the Coolera management about. I suppose I'm a versatile player so I will play to the strength  of the team. So wherever I'm needed I'll do my bit for the team, from 1 to 30;  if it's coming off the bench or as a goalkeeper or still playing at full-back, I'll be there and will be happy to play wherever needed.

"I like playing in goal but I also like having a good craic outfield as well. I kinda like having that variety that most people mightn't have.

"The main focus for me is whatever team I'm playing with, it is always for the better of the team. Some players might get caught up in their individual positions or individual traits whatever, but whatever fits into the team best, is what I will do."

He says the move to Coolera was an major change for him.

"It was definitely an eye opener anyway. The level of football in Sligo might be thought to be not as good as Donegal, but when you are playing in the midst of it, it is very competitive. The team we have this year, the likes of Dean Laffey, Kevin Banks, Niall  Murphy and Keelan Cawley, some savage players.

"We did very well to get to the final last year year, but unfortunately we fell short in the final."

Taylor was one of a number of newcomers to the Coolera side in 2021. "Yeah we have Ross O'Carroll last year as well, a great asset. We had a few transfers in, we had three, myself Ross O'Carroll from Dublin, ex-All-Ireland winner and  then we had a guy from Westmeath called Kyle Smith.

"I was playing full-back and centre half-back for Coolera last year, primarily at full-back really. Not much of a change from playing for Aodh Ruadh, Ballyshannon the previous year, so it was a good transition from Ballyshannon to Coolera-Strandhill, just a different style of football, I suppose."

Among his teammates from Coolera is Niall Murphy, who had a massive game for Sligo in their FBD opener on Monday night against Leitrim. (Sligo won by 1-21 to 1-17 in the Dome at the Connacht Centre of Excellence in Ballyshaunis).

"He had a great game. But I think a lot of credit must go to the rest of the lads playing with him, the support play was huge. To get the ball into him and that fast, the transition from backs to forwards was huge and we worked hard as a collective team to get those scores on the board. It was an all-round effort."

Sligo will now take on Roscommon in the FBD semi-final and Taylor is hopeful that he will get a run.

"For sure, Tony has brought in some goalkeepers from last year. Eamonn Kilgannon, Alan Davey and myself. It's good to see that there is a wide array of 'keepers being brought in this year. I'm hoping that I can bring something different, something that can bring a spark to the team that hasn't been there for the last season or two.

"Starting off Eamonn Kilgannon (who played on Monday night) had a very good game. He was unfortunate with the goal. Eamonn is a strong, committed fella; he dictates a lot of the backline. He was playing quite a similar role to myself last year at club level. He was playing outfield for St Farnan's, at centre half-back. They won intermediate in Sligo so he has plenty of respect.

"If it was a case that he was starting all year, I would have no problem backing him up.  If I was to get a run out in the National League, great; I would be very, very happy to wear the black and white jersey, but I'm there to support, I'm more than happy to give the support," said Taylor.

"I'm grateful to get the Sligo experience this year and grateful to Tony, Joe, Paul and Noel to bring me into the setup and expose me to senior football."