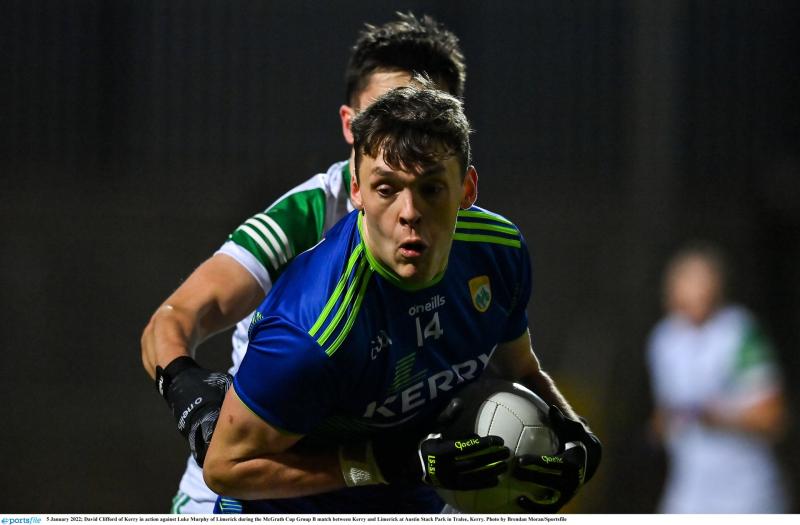 David Clifford kicked 1-5 for UL against IT Sligo

University of Limerick had 20 points to spare over IT Sligo in round one of the Sigerson Cup  - their record win in the competition.

Stephen Doak from St Michael's and Naomh Columba's Paul O'Hare played for the IT Sligo side as Kerry ace David Clifford scored 1-5. Brian Fegan from Four Masters is also part of the Sligo panel.

Mayo's Eoghan McLaughlin - whose father Danny is from Moville - suffered a double jaw fracture in his side's All-Ireland semi-final win over Dublin in August, scored the first of the goals.

By half time the lead was 1-8 to 0-2. Paul Walsh, also Kerry, was introduced at half time and was to score two second half goals.

UL now play Letterkenny IT away next Tuesday in the winners section of round two, while Sligo must regroup to play IT Carlow.