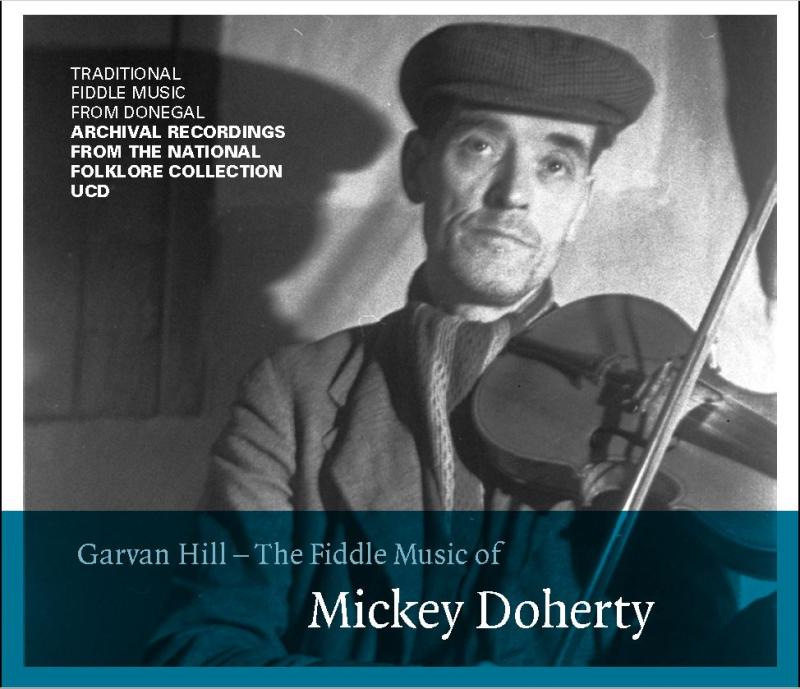 One of Donegal’s greatest fiddlers is back in the limelight in Glenties on Saturday (25th) – more than forty years after his death.

A three-CD recording of the music of Mickey Doherty, ‘Garvan Hill’, is being launched in the Highlands Hotel at 5.30pm by another renowned fiddler, Paddy Glackin from Dublin.

A concert in the hotel at 8pm features a top-class line-up - Paddy, Mairéad Ní Mhaonaigh, Dermot McLaughlin and Jimmy and Peter Campbell. There will also be fiddle classes in the hotel from 10am to 4pm, taught by Mairéad, Dermot and Denise Boyle.

Mickey Doherty was one of the famous family of fiddlers, the ‘Simey’ Dohertys. He was living in Stranorlar at the time of his death in 1970, when he was in his mid-seventies.

‘Garvan Hill’ features more than three hours of his music recorded by the Irish Folklore Commission in the Croaghs outside Glenties in 1949. It’s a joint project of the National Folklore Collection UCD and the Donegal fiddlers’ organisation Cairdeas na bhFidliéri. It’s produced by Rab Cherry and Dermot McLaughlin.

Mickey Doherty and his family lived on Garvan Hill, in the Cloghan area, for a number of years while his children attended Commeen national school.

Rab Cherry of Cairdeas said: “Mickey Doherty is one of the most important fiddlers in the Donegal fiddle tradition. It’s wonderful that we can release such a treasure trove of material from him from almost seventy years ago. We have brilliant and distinctive playing, a tremendous selection of tunes and the knowledge that this is not a studio job – this was recorded in a cottage in a part of Donegal steeped in Irish culture.

“The music on ‘Garvan Hill’ comes from the days before tape recorders. It was recorded directly onto acetate discs. They been well cared for over the decades since they were made. We owe a debt of gratitude to everyone involved, and particularly the collectors for the Folklore Commission at that time, Caoimhín Ó Danachair and Seán Ó hEochaidh from Teelin.”

Anyone interested in taking part in the fiddle classes can get details from info@donegalfiddlemusic.ie or phone Rab on 086 340 9019.