Four courts fire in 1922 Civil War saw many important documents burned; some were salvaged but damaged 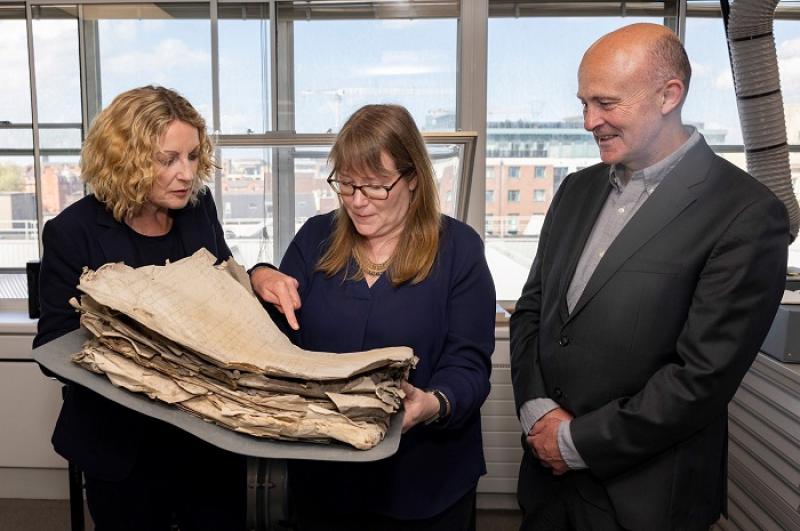 Anyone with a rudimentary knowledge of Irish history will probably know that many of the country's most important documents were destroyed in a fire at the Four Courts in the early stages of the Irish Civil War in 1922.

But all was totally destroyed and attempts to conserve some of the retrieved documents relating to Dublin Port will now have a knock on benefit for Donegal historians interested in Killybegs port.

The Dublin Port Company itself is supporting the State’s effort to recover from the Four Courts fire by funding the conservation of 200-year-old records concerning Dublin Port as well as Killybegs, Strangford and Youghal ports.

The thousands of sheets of paper are historically significant both as survivors of the destruction of 1922, and as fresh evidence for the historical development of Dublin Port and other ports, it has been revealed by the National Archives.

These papers create an incredible snapshot of the bustling life of the busy port with hundreds of people from around the country, from ports in Killybegs, Strangford and Youghal coming to collect salaries, pensions and trade in goods. 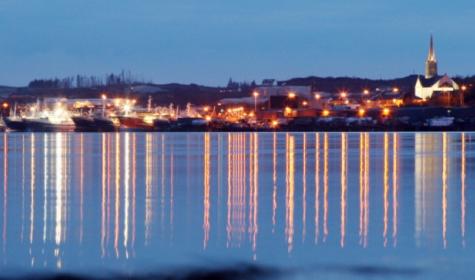 They contain details on salaries and compensations, and many names of inspectors and collectors of customs taxes. They provide accounts about wine, bounties on beef and pork, allowances on silk, detail repayments of taxes on fish, ash, salt, and linen.

For example, over 50 documents relating to the Bounty Payments for Fish in the summer of 1817 give a fascinating insight, as they include information on the ship, listing crew members and detailing the size and type of catch. These are important details of trade and commerce in Dublin Port that do not exist elsewhere.

“As each page of these fascinating archives is restored, another page of Irish history is returned to the public record. These documents provide a fascinating insight into everyday life 200 years ago - not only in Dublin, with its extensive trading network, but also across Ireland at large.”

On June 30 1922, the Public Record Office of Ireland at the Four Courts was destroyed in the opening engagement of the Civil War.

In the aftermath of the fire of 1922, over 25,000 sheets of paper and parchment were retrieved from the rubble. These records, which date from the fourteenth to the nineteenth centuries, are known as the ‘1922 Salved Records’. They are now held at the National Archives.

Most of this collection remained unopened until the last five years. As the successor of the Public Record Office of Ireland, the National Archives is a Core Partner in the Beyond 2022 project—an all-island and international research programme hosted at Trinity College Dublin and funded by the Department of Tourism, Culture, Arts, Gaeltacht, Sport and Media under Project Ireland 2040. The project is working to reconstruct what was lost in 1922.

During a recent investigation of unopened parcels of salved records through the Beyond 2022 project, archivists identified five parcels of significance to the history of Dublin Port.

Now, with generous support from Dublin Port Company, these records are being restored by the conservation team at the National Archives of Ireland.

The conservation work is being undertaken by the Beyond 2022 Project Conservator, Jessica Baldwin, under the guidance of Zoë Reid, Keeper, Public Services and Collection.

The documents all show some evidence of damage from the heat of the flames, as well as damp and rain from exposure to the weather following the fire. Despite the damage, conservation will mean that documents not seen for 100 years can soon be consulted again by historians and the public.

“This partnership between Beyond 2022, the National Archives and Dublin Port is an important and significant one.  The process of saving the recovered records from the fire at the Public Record Office in June 1922 is a flagship project under the Government’s Decade of Centenaries Programme led by my Department’s Commemorations Unit.

“The care that staff in the Public Record Office demonstrated over 100 years ago in their mission to save as many records as possible is now being continued by a highly skilled and committed team of archivists and conservators working together to uncover and reveal a snapshot of what life looked like at Dublin Port in 1922.”

“Our own rich archive is an important and actively used resource which we routinely rely on to tell the story of Dublin Port.  We are delighted now to be able to add to the additional archive materials related to Dublin Port which the National Archives holds by supporting the conservation of records recovered after the burning of the Four Courts a century ago.”

“The conservation of these records represents a significant contribution to the State’s key legacy project from the Decade of Centenaries.  The National Archives as successor institution to Public Record Office has held these records, salvaged from the fire in 1922, in its care for almost 100 years and has now begun the process of conservation.  This support from Dublin Port is invaluable in terms of allowing us to progress this work.”