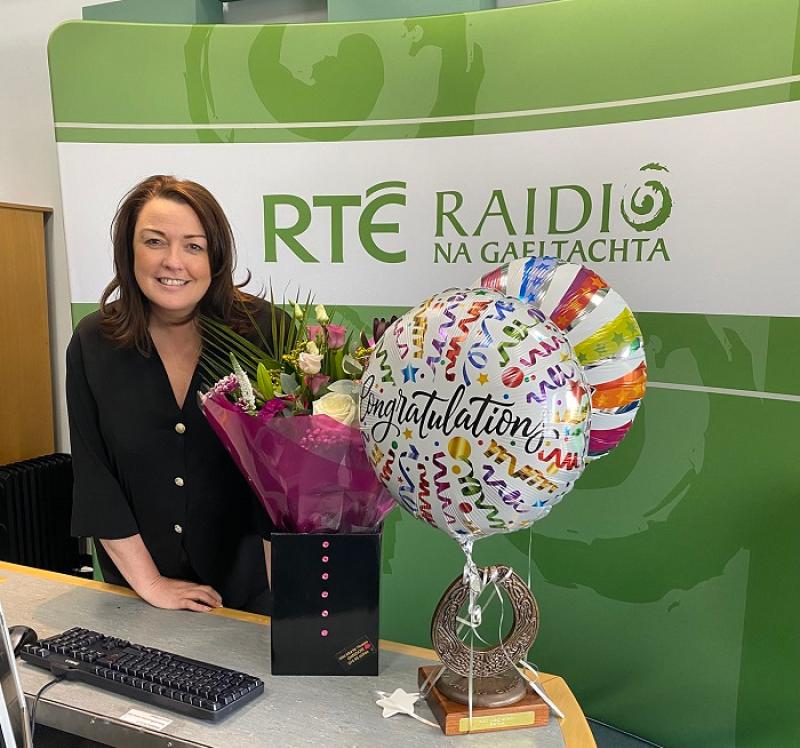 Derrybeg based RTÉ Raidió na Gaeltachta broadcaster Michelle Nic Grianna's work has again been recognised after scooping the coveted Radio Presenter of the Year at the Celtic Media Festival in Quimper in Brittany last week - the second time she has received the accolade..

Michelle presents the northern regional magazine programme Barrscéalta from Monday to Friday and is a well-known voice on the airwaves for Donegal listeners.

Michelle was born in Glasgow, but moved to Rann na Feirste in Donegal as a young girl and has lived there since then.

She is a gifted broadcaster, equally adept at tough political interviews and lighter, fun segments such as her much-anticipated weekly chats with Mary Aggie.  Michelle was one of the presenters of the recent RnaG gala fifty-year concert. 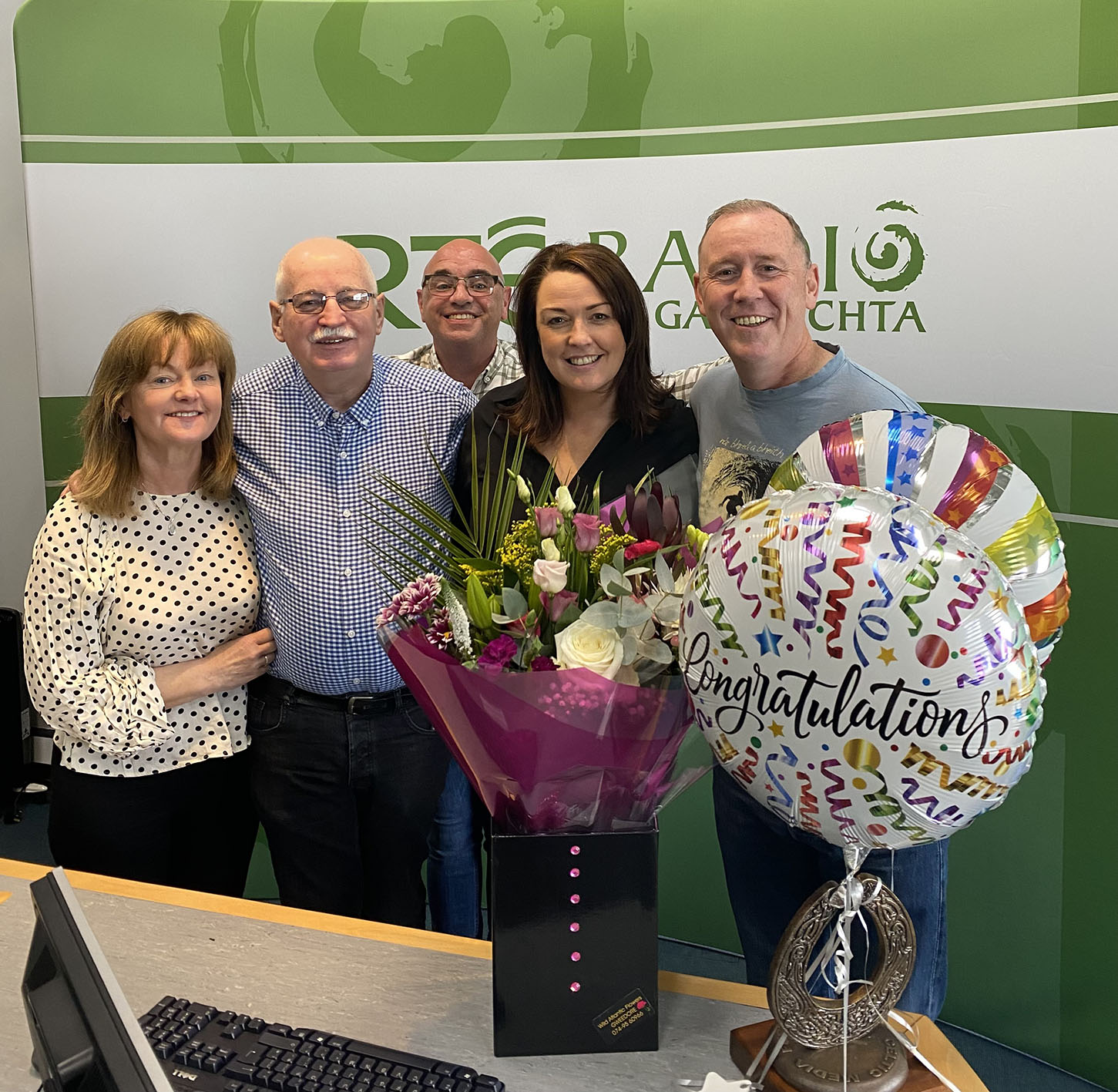 “I’m delighted that I got the chance to travel to Quimper, and I’m thrilled to receive this award.  I’m very grateful to the committee, and to all the RTÉ Raidió na Gaeltachta staff, particularly the Donegal team.  This is an award for all of them, especially my producer Dónall Mac Ruairí.  I couldn’t do this job without his input and guidance.” 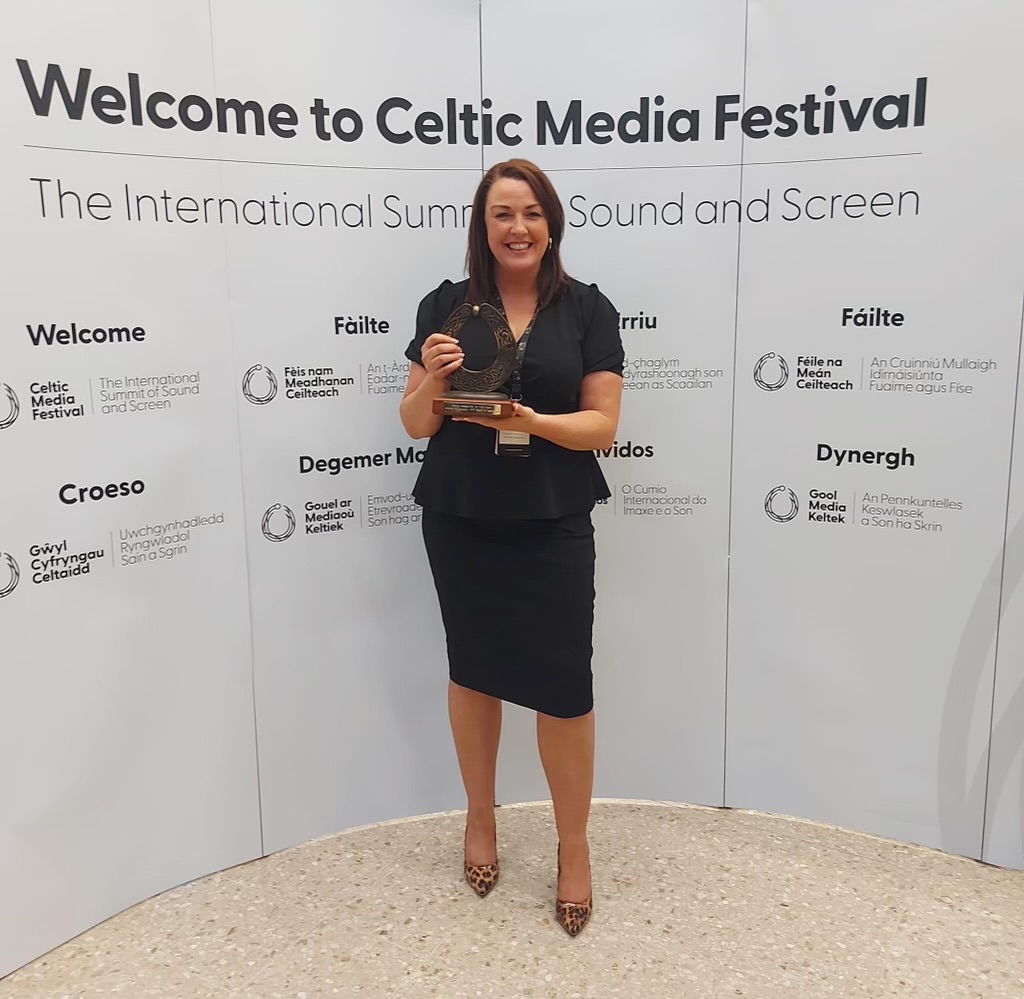 Damien Ó Dónaill, RTÉ Raidió na Gaeltachta Regional Manager in Donegal, said:
“Congratulations to Michelle Nic Grianna on this award.  She’s an excellent broadcaster, and this international recognition of her talent is well-deserved.” 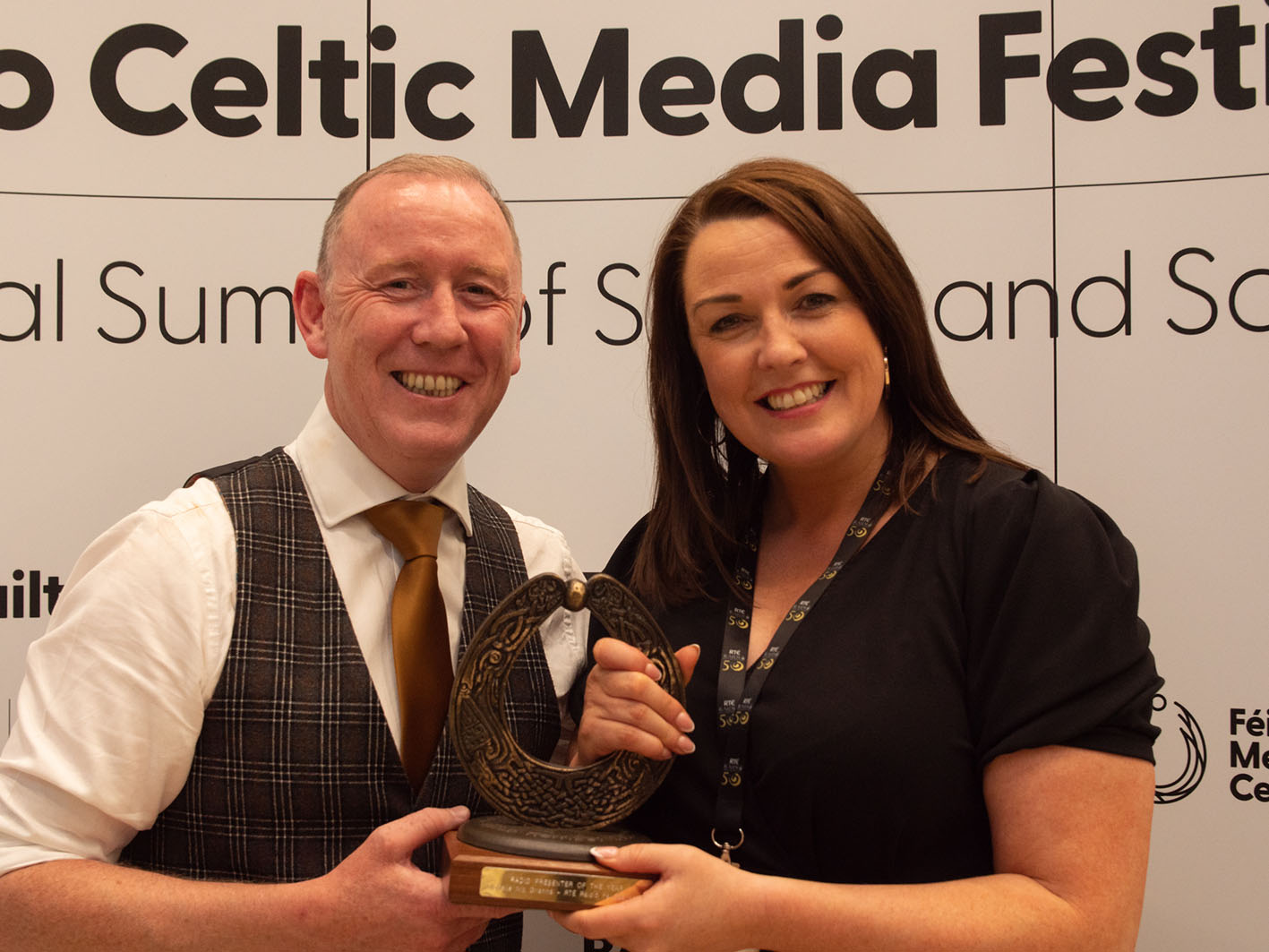 This is the second time for Michelle to win the award for Radio Presenter of the Year, which she also won in 2015.