Councillor calls for restriction on campervan parking in Narin 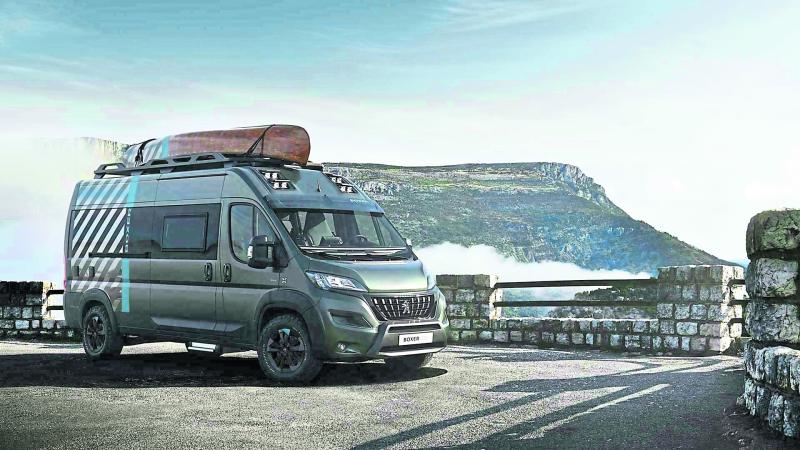 The Cathaoirleach of the Glenties Municipal District, Cllr Anthony Molloy asked whether restrictions could be placed on campervans parking overnight in the area of Narin Pier.

The Fianna Fáil councillor raised the issue during a recent meeting of Glenties Municipal District. A recent survey has been carried out by KPMG and Fianna Fáil Councillor, Noreen McGarvey was eager to hear if any of the recommendations had been put in place.

Cllr Michael Mc Clafferty asked what the situation was in relation to waste from campervans, he said: "They are going into shops and there are no bags available anymore and they are forced to take it [the waste] on with them, or use bins in the towns," he said.

He outlined a situation where the pier at Portnablagh was blocked due to motorhomes and caravans recently and that fisherman could not get onto the pier.

Cllr Anthony Molloy said he had received a lot of calls in relation to campervans blocking the pier in Narin over the course of the last bank holiday. He added that littering and partying had been an issue as well. He asked the Coastal Officer, for Donegal County Council, David Friel, if something could be done in relation to restricting overnight parking and asked if signage could be erected at the pier.

Mr Friel said that KPMG had carried out a survey and as a result a code of conduct would be established that would address many of the issues raised.

Donegal County Council has recently issued a notice reminding caravan park owners of the busy season ahead, it reads: "As the number of visitors to the county begins to ramp up, the owners of caravan or camping parks are reminded to ensure that adequate sewage treatment facilities are provided and maintained at their sites, in order to protect human health and the environment, particularly adjacent bathing waters."

Operators are required to apply to the council for and obtain a licence to discharge trade effluent to ground under Section 4 of the Water Pollution Act, if they don’t hold one already.