The oldest family-run business in Dungloe celebrates a century 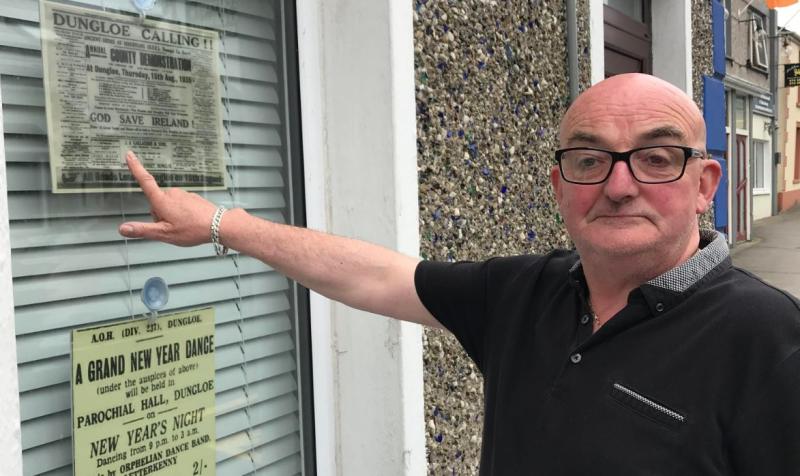 Bonner’s shop is the oldest-run family business in Dungloe and this weekend an event is to take place to celebrate of being in business for a century.

At the helm of the business is Kevin Bonner, a man who is central to many of the events which take place in the town, and the larger Rosses area. The business was established by his grandfather Johnny Walsh who was born in Sheskinarone in 1889. Johnny spent time working on a bread van before setting up his own grocery business in 1922. 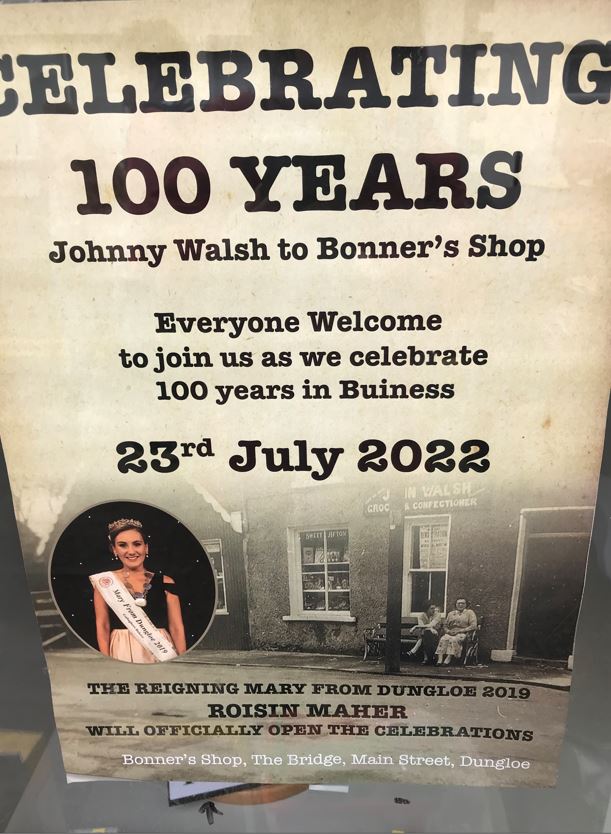 A personal account written by Josie Walsh, Johnny’s brother, describes the first few days in the shop; clearing shelves left by the former owner, Jimmy Sweeney. Trade was slow in the beginning - eggs being one of the main commodities at that time. People used eggs to trade with shops. The butter that was sold in the shop was home-made by Joe Gill. The historical account describes how a man known locally as Christy ‘Egg’ from Ballybofey would come to Dungloe and collect the eggs and sell them. A pony and cart would also travel to customers selling goods. Many of their customers lived in rural areas.

The turning point for the business happened when Johnny bought a second-hand Ford car and asked Josie to strip it down to the chassis. Josie went to work and made a small lorry for Johnny who was pleased.

A partition was built in the shop between the groceries and  bagged produce, such as flour and Indian meal. Peter Green from Loughanure collected rates on the upper end of the store. Later Johnny bought Mia Condy’s house and hall for £450. The hall was a corrugated iron structure. He converted the hall into a shop and partitioned off one half as a store. The cellars were found to be of great use. Johnny’s brothers, Michael and Josie cleaned the cellar and removed a wall to make enough space for it to store two darks or forty house carts of turf. 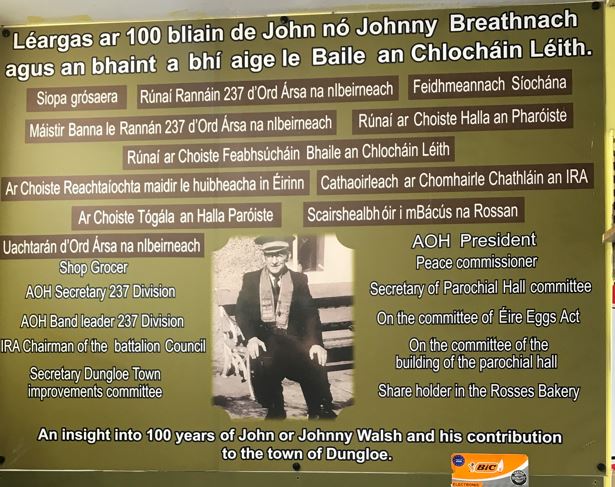 In 1926, Johnny married Cissie O’Donnell who hailed from the same townland. They lived in a house belonging to Johnny’s brother Dan at the beginning of their marriage. In later years, Cissy used to run a shop, formerly Mia’s shop, in the front of the house and sold lemonade, sweets and biscuits. In the spring, Johnny used to take orders for sulphate of ammonia and fertiliser and these would be contained in 200-weight bags. His brother Josie wrote: “He collected them at Dungloe Road Station and delivered them himself. How he did it, I don’t know as he was a small man a little over five feet.”

The couple had a beautiful baby girl, Sally, in 1931. The years passed quickly for Johnny who was busy in his shop was appointed Peace Commissioner in 1950. He was instrumental in establishing the Ancient Order of the Hibernian (AOH) marching band in Dungloe in 1954. Johnny led the band on St. Patrick’s day and Josie worked in the shop.

Johnny became President of the AOH in 1958 and was responsible a decade later overseeing the largest AOH marching parade in the country in Dungloe. Thirty eight bands marched through the Rosses town that fateful day, in 1968.

One of the happiest days of his and Cissie’s lives was when their daughter Sally married Charlie Bonner from Crolly. The couple had three sons Kevin, Ciaran and Brendan. The couple took over the Dungloe shop in 1972 and a year later Johnny passed away. Sally was a small star in the town and won the first Donkey Derby and also had a small part in the film ‘The Closer You Get.’ Charlie was an expert fisherman representing Ireland in both Canada and Norway. 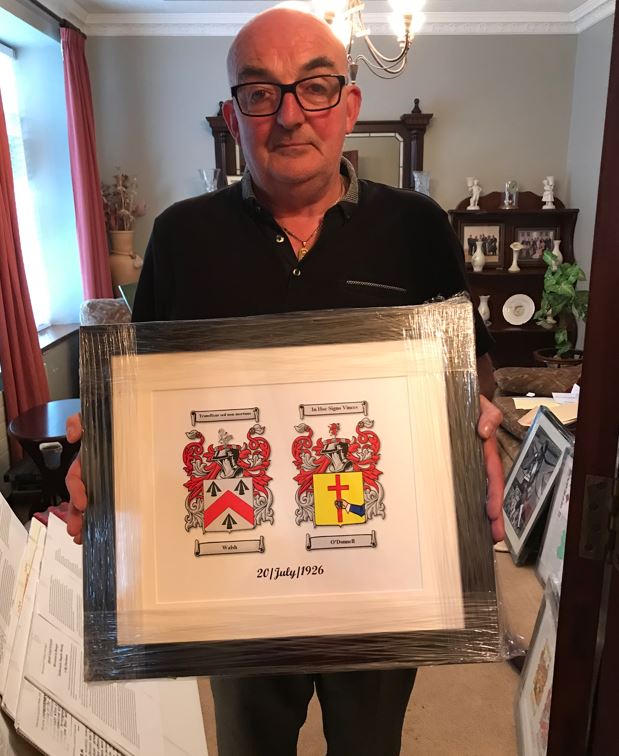 Today the riverside shop continues to thrive. The door continuously opens and Kevin helps his customers with produce and is also very helpful in directing and guiding customers. He can often be found on his mobile inquiring about issues his customers have and nothing seems too much trouble. Kevin was chairperson of the Rosses Anglers, vice-treasurer of the Maghery bowlers and has been to the fore in the Mary from Dungloe Festival for years. He is also one of the organisers of the St. Patrick’s day and Easter Sunday celebrations.

The walls of his shop pay homage to his forefathers. This weekend, Kevin will remember his ancestors with deep sentiment and respect. During the pandemic, Kevin was looking in presses and cupboards in his riverside home and found a wealth of historical documents which will line the walls during the celebrations.

"If it wasn't for the pandemic, I would never have known they were there," he said.

Kevin hopes that a book will be penned about the rich history of ancestors and will be made available in the near future.

The objective of the day, Kevin said is to honour his grandfather, Johnny Walsh.