“He is the end of a line, and we won’t see his like again” - mourners told at funeral of former Ardara hotelier

Connie Molloy is laid to rest 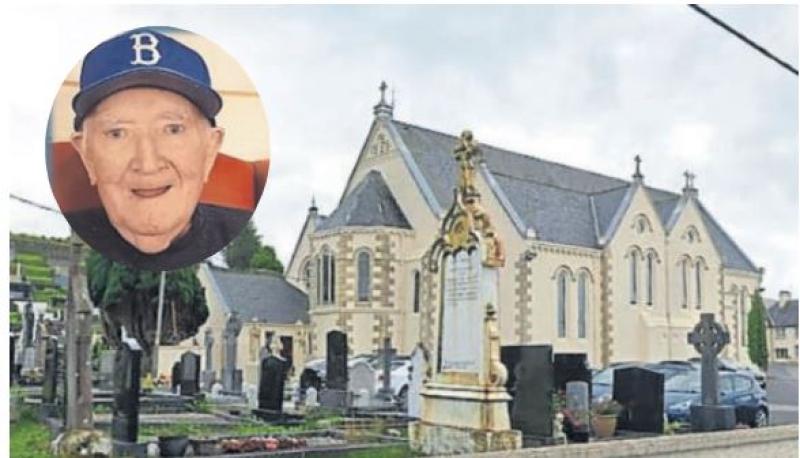 “He is the end of a line, and we won’t see his like again” - Rev. Johnny Moore, CC, Ardara, told mourners at the funeral mass of well known former hotelier Connie Molloy in the Church of the Holy Family, Ardara.

The sad passing of the former proprietor of the Nesbitt Arms Hotel in Ardara on Wednesday has left a great void in the local community and beyond.

Mr Molloy had been in the care of Harbour Lights nursing home in Killybegs, where he died peacefully.

Addressing the congregation, Fr Moore, said that Connie Molloy had great faith. He spoke of the stories and fond memories shared during the wake, and of other deceased family members who were great characters and who all had great faith, and were very generous with their time and material gifts.

Fr. Moore recalled how Connie Molloy had loved his first Friday visits in the church and he was the right man to put in charge of collecting the money, and had a good business sense about him.

Fr. Moore also said that he had had the privilege of administering the last rites in the nursing home.

He said that he had been “very much taken aback” as despite the fact that Connie Molloy had been very deaf, he was able to communicate with him even though being soft in his tone and he (Connie) was nodding and following it all.

“His hearing at some level did come back, he followed me perfectly, and it was beautiful that he was fortified with the rites of mother church,” he said.

Fr Moore referred to the gospel reading and said that in a way it summed up the hope that Connie had in his life. Whatever you ask Jesus, and say to Jesus, God will grant it and do it for you.

“He (Connie) believed very strongly that he one day would be reunited with all of that large family, the family that have all gone before him, in paradise with God, provided that he in this life strove to do his best.”

He added: “Today is a day of sadness, but it is a day of celebration and joy because we recognise that Connie’s true home is in heaven, and is to be with God…Don’t be sad for him, he has made the final journey, he is home. Nothing more can touch him. There is no more doctor appointments, hospital appointments, nursing homes and all the stress, and all the Covid things that imposed on him. That is gone.”

Mr Molloy is predeceased by his wife Nessa, his sons Fiachra and Darragh, his brothers Ted, James, Bill, Paddy, Mickey, Pete, Joe and Frank, and his sisters Cassie, Annie and Brigid.