The Rosses mourns the death of Tony Boyle

The late Tony Boyle from Lower Keadue, Burtonport, was talented musician and singer, successful businessman and a keen sportsman 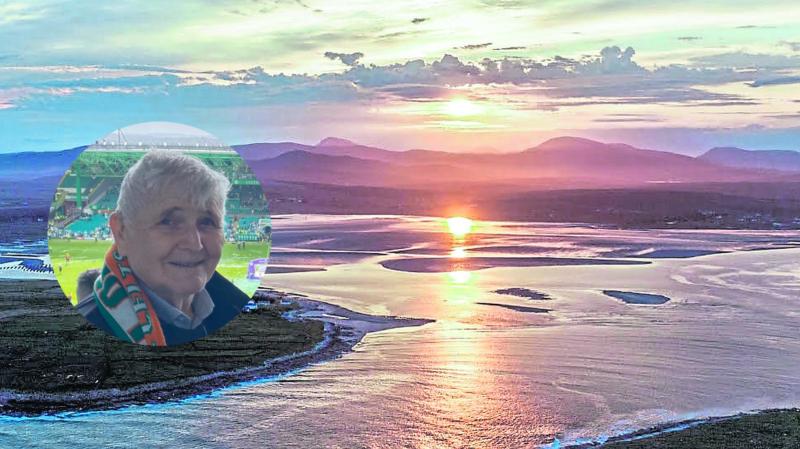 The Rosses and West Donegal are mourning the passing of one of the area's most respected and loved citizens following the death of Tony Boyle.

Tony, of Lower Keadue, Burtonport, had a peaceful death surrounded by his loving family at his home on Sunday morning. He was 86 and had been ill for a short time.

A well respected businessman, keen sportsman and musician, Tony was well liked by all who knew him. He ran a very successful concrete block manufacturing business for most of his working life and supplied building blocks all over the Rosses and beyond and was also a mechanic and mostly worked on tractors and machinery.

He was also a talented musician and singer and was one of the founding members of the Keynotes Showband - Margo’s backing band in the early part of her career.

Tony played the drums and sang and he was also a lifelong member of the famous Keadue Fife and Drum marching band. He was also a keen sportsman and talented and skillful footballer and attracted the interest of Sligo Rovers, who offered him a trial.

But Tony remained loyal to his local club Keadue Rovers, to whom he gave a lifetime of service first as a player and later as a committee member and supporter.

He was also an avid Celtic supporter from a very young age and remained so until his death and regularly attended matches in Glasgow, as well as being a gifted golfer and one of the founding members of Cruit Island Golf Club.

One of his proudest sporting moments was at Croke Park as he watched his son Tony junior play a central role in Donegal’s historic first All-Ireland final win in 1992.

One of a family of seven the late Tony Boyle was predeceased by his wife Kathleen, brothers John and Manus and sisters Bridget and Hanna.

He will be fondly remembered and sadly missed by his loving family of four sons, Brendan, Danny, Tony and James, three daughters Breda, Nichola and Karen, brothers Packie and Manus and sister Madge and by all of his grandchildren, nephews and nieces.

The late Tony Boyle was laid to rest yesterday afternoon in Belcruit cemetery following mass at the nearby St Mary’s Church, Kincasslagh.