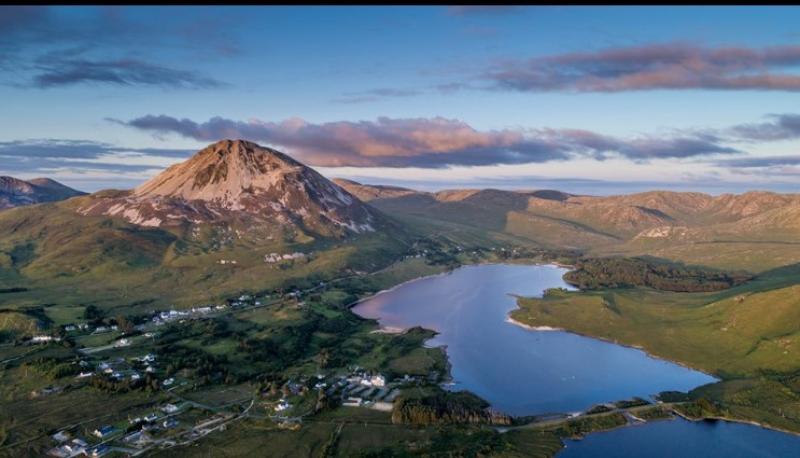 Efforts to stop wind energy companies from applying to erect windmills in scenic areas such as Machaire Gathlán, Errigal and Machaire Rabhartaigh has been withdrawn and communities and families may be divided as a result, Sinn Féin Councillor Marie Therese Gallagher warned today.

She was speaking at the Glenties Municipal District meeting earlier today, Tuesday.

Cllr Gallagher say a provision that allowed councils declare scenic areas exempt has been withdrawn and needs to be challenged.

She said thirty-seven members of Donegal County Council put forward the EP 23 which ought to have been accepted.

Speaking at the meeting she said: "And now we have a decision in Dublin that is going to create absolute turmoil.  We have to meet with the minister.  Everywhere is open for consideration.

"I don’t think for the life of me there will be wind turbines up the side of Errigal but the application can come in."

All councillors agreed that a lot of work had been done to protect natural resources and that public consultations had taken place.

Sinn Féin Councillor John Shéamuis Ó Fearraigh said he was of the opinion that Donegal had the third greatest amount of wind turbines in the country.

Fianna Fáil Councillor Noreen McGarvey said that the county depends on tourism and that this should be taken into account.

The Cathaoirleach of Glenties Municipal District, Anthony Molloy said that a meeting will be sought with the minister with as many members as possible in attendance.