Huge achievement for all those associated with the popular River Walk 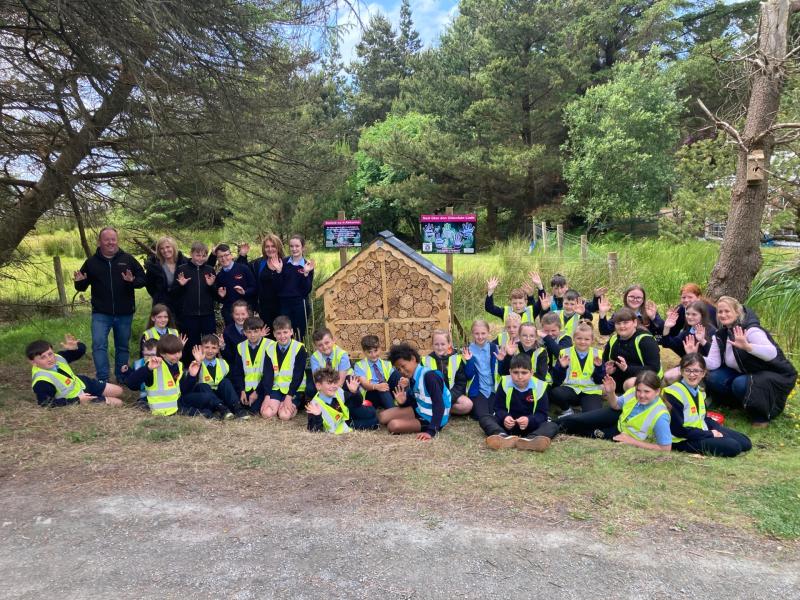 The River Walk in Dungloe is the only place in the county to be awarded a Green Flag Award, this year, much to the delight of all those associated with the project.

The 2022 Green Flag Awards were recently announced by An Taisce Environmental Education, acknowledging Ireland’s best public parks and gardens. The Green Flag Award is an international benchmarking standard for parks and green spaces and this year a record-breaking number of 104 awards went to Ireland in various categories. This was the second year of the roll-out of Green Heritage Site Accreditation across Ireland.

The River Walk was among the Community Award winners. Dungloe’s Oifigiceach Pleanáil Teanga, Mary O’Brien, said that the award recognises the extent to which the River Walk is contributing to people’s lives. The native Irish speaker said she was delighted to be associated with the project adding that the area and surrounding areas greatly benefit from the walk. She said that local school children look after the Ostán na bhfeithidí and lus na gréine alongside it.

She added that the Tidy Towns Committee are hugely instrumental in the achievement of this flag as is the Community Employment Scheme who keep the River Walk in pristine condition.

Programme Manager at the Environmental Education Unit of An Taisce, Emelyn Cullen, who runs the Award in Ireland said: “The Green Flag Community Award extends the Scheme to include community initiatives such as Community Gardens, Community Parks, and Tidy Towns Projects. By providing our community green spaces with access to Green Flag Award best practice we empower community groups to improve their local community and environment.