Great atmosphere, food and music at Palestinian event in Letterkenny 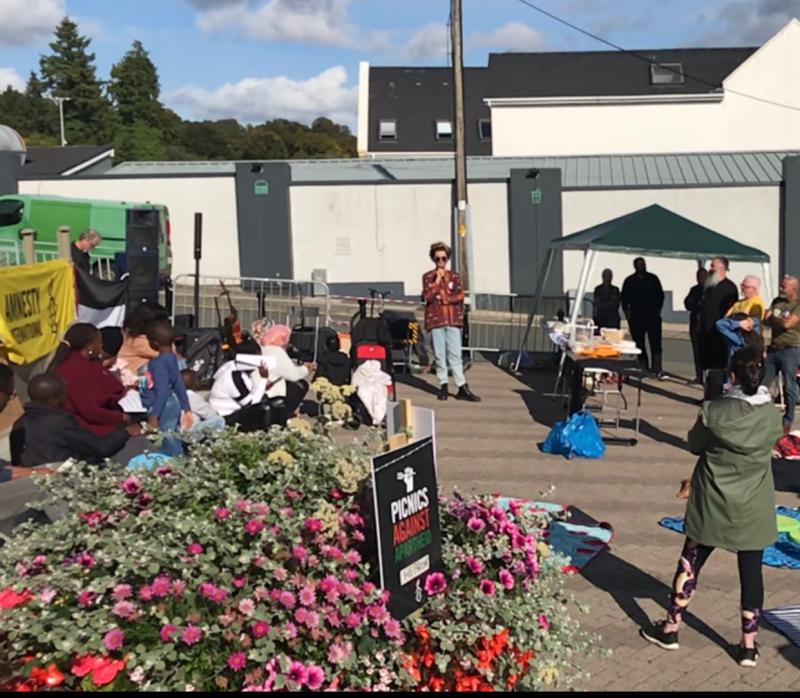 Michelle Nic Pháidín at An Grianán in Letterkenny

Amir Abualarob spoke of the importance that storytelling plays in cultural resistance at an event which was held in Letterkenny today.

The event picnics against apartheid event was attended by a large crowd and vehicles passing the event beeped their horns in solidarity with those who stood outside in the sun.

Amir told stories of brothers who had left in the morning to get breakfast for their little sister - never to return. He spoke of writers who were killed because they held notes that documented what was happening in Palestine. He said the killing of a writer was akin to killing a whole army.

Ireland has always shown solidarity to the Palestinian cause, he said, and he enjoyed coming to this country. When he arrived in Ireland, he decided to live in Meath and live with people of all different nationalities in a house. He listened to their stories and documented them, he said.

He later moved to Dublin to work with the homeless, those who were displaced - those who don't have a country to call home who are deemed stateless. He spoke of equality for everyone.

He sang a beautiful song about the sun falling into the sea at the end of his oration.