The film was scripted by a Donegal man 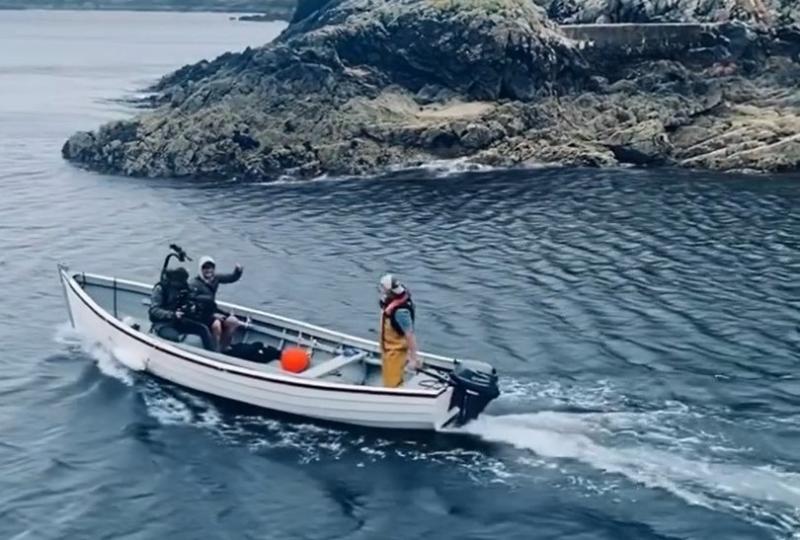 Casadh na taoide - the turning of the tide - is the natural and consistent ebb and flow that happens effortlessly all over the planet, day after day, season after season.

With each turn of the tide, as the ocean keeps its unique rhythm, the sea and her stories and histories are connected to the shores.

Here on the exposed and westerly coast of Ireland, the dependency of our islands on the sea and on the tide has forged strong connections between those islands and the people who live on them.

One of those people is Laoise Kelly, TG4 Musician of the Year and Artistic Director of the Achill International Harp Festival.

Ms Kelly was part of a crew who set off on an epic voyage, reconnecting five islands off the coasts of Galway, Mayo and Donegal through music, song and story. Travelling on a traditional Galway Hooker - Mac Duach - led by skipper, Dr Michael Brogan, the crew paid visits to the islands of Inishbofin (Galway), Inishturk (Mayo), Clare Island (Mayo), Achill Island (Mayo) and Árainn Mhór (Donegal), meeting musicians, artists, storytellers and historians along the way.

The seeds of this cultural voyage were sown two years ago, and with the support of the Arts Council of Ireland, Ms Kelly and fellow crew member, Achill native, Diarmuid Gielty, set off on a voyage reconnecting with island communities on these offshore islands.

They gathered stories of shared heritage and culture, with the hope of forging new connections for a shared future.

This powerful film depicts island life in a poetic style, with a newly written script by the award-winning writer from Arranmore, Proinsias Mac a’ Bhaird.

Amongst the themes featured are fishing, music, food and craft, and against the stunning backdrop of the beautiful landscape, the film gives us a glimpse of the magic of these offshore islands and the spirit of the communities who live there.

The film was made by Heavy Man Films and it will be broadcast as part of this year’s online Achill Harp Festival on Friday, October 22 at 8pm on www.achillharpfestival.ie