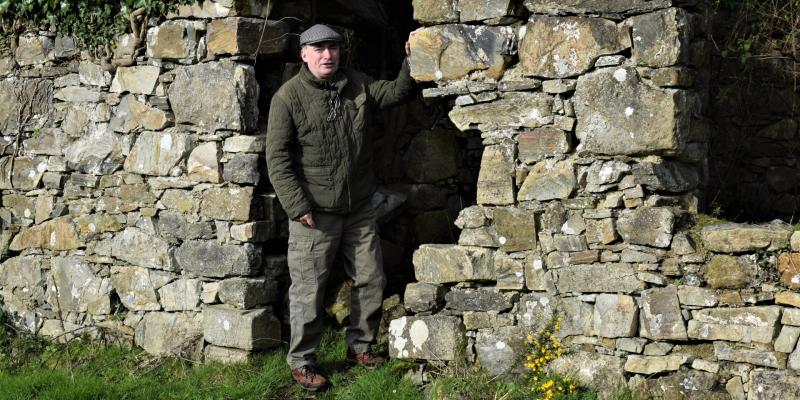 Best known for his work in journalism, Donegal writer Gerry McLaughlin is looking forward to launching his first poetry collection.

Gerry has never been one to shy back from taking the hard line in news and sport reporting. But his poetry collection The Breed of Me and his previous book Local Legends show his deep appreciation for people and place and for the long oral storytelling tradition of his people.

This collection shines a light on the everyday things that most people take for granted, but which together form the rich tapestry of community. In the best folk poetry tradition, it ensures that loved ones will be remembered, that local heroes are elevated to their rightful position, that sporting achievements will long be recalled, and that the connection to land, language and history that shaped a people is solidified.

So what prompted this seasoned journalist to turn his hand to poetry?

“It started in 2017 after my mother Rose passed away, and my father Willie passed away nine months later,” he said.

“It was initially to deal with the grief. I was very close to my mother. After three miscarriages and my stillborn sister baby Rose, I was always going to be spoilt.

“Both of my parents had a massive influence on me and I wanted to honour their memory.”

“My people on my mother’s side are the Wards, Mac an Bhaird, the bards, and that is why I believe it is in my DNA to write. It wasn’t a thing that I had to work really hard on, a line or an image would come to me and something would grow from that.”

“William Wordsworth described it best when he said poetry was ‘emotion recollected in tranquillity’ and that is a beautiful definition because the idea or image or emotion hits you sometimes like a thunderbolt. You get an idea and you write about it when you are calmed down a bit.”

In his youth, Gerry built on his love of history and Irish language through his studies at UCG.

“I suppose a lot of the poems are linked to the past,” he said. “About 50% are about people who are not with us anymore.

“There is also a very strong sense of history which I would have got from my mother's people, the Wards, who loved to entertain.

“From the other side, I got the love of sport and drama - and maybe melodrama! My father Willie McLaughlin loved to act.”

Gerry certainly captures this strong sense of the people who shaped him in the title of his collection.

“The Breed of Me was my anthem, a reference to my parents and also my uncles and aunts and brothers and sisters. It is rooted in the past and also in the family and the familiar.

“There is something very elemental in that - wanting to remember your own - and that is a very Gaelic thing. Some people say we are obsessed with the past but I say I am celebrating it and putting it down so that other generations can enjoy it.”

The places from Gerry’s life feature strongly too, from his birth in Meenaleck in the Rosses to Marian Terrace in Cloghore and life on the Fermanagh Donegal border.

He also feels a strong link to the homelands of his parents - Corlea where his father grew up, and his mother’s home in the hills of west Fermanagh, Tullygrevagh, which means the rough hilly ground.

Gerry was also shaped to some extent by his time in Galway, and by the many, many people he met along the way.
“Galway will always have a special place in my heart because I went there when I was just 17 and between the jigs and the reels I didn’t get out of it until I was 24,” he said. “My father Willie said it was the longest holiday I ever had!”

Starting his career in Belfast during the Troubles was the very definition of a Baptism of fire, and it too had a profound effect on the young journalist.

“It gave me the start of a great career even though I saw quite a few horrors,” he said.

“But probably the place most of all that I love is Corlea between the village of Belleek and Cashelard.” 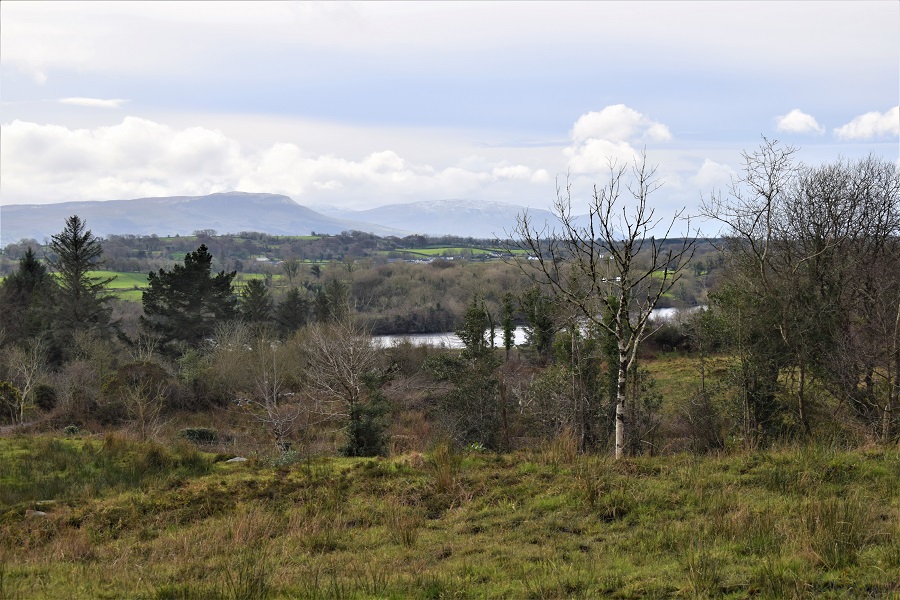 This collection is a real gem for those who knew and loved the people and places that are recalled on its pages. But the real magic is the connection that readers feel even if they never knew any of the subjects of the poems.

Gerry said: “The poems could apply to anywhere in rural Ireland because they celebrate the local, and the local does not get celebrated too often.”

Of course, for anyone who knows Gerry, it will come as no surprise that the GAA - and particularly the great sport of hurling - features in this collection.

“The GAA has had a huge influence on our family,” he said.

“My brother Liam and I had the honour of captaining Fermanagh senior footballers and senior hurlers respectively. Under GAA rules, we were totally illegal because we were from Donegal.

“But the sons of Willie and Rose McLaughlin never had any frontiers.”

The Breed of Me will be launched in Rockfield Community Centre (between Belleek and Ballyshannon) on Friday, April 29 at 7.30pm. Special guests will include Irish language poet Sean O’Coisdealbha and Galway hurling legend Joe Connolly.

A great evening’s entertainment is guaranteed and everyone is welcome.