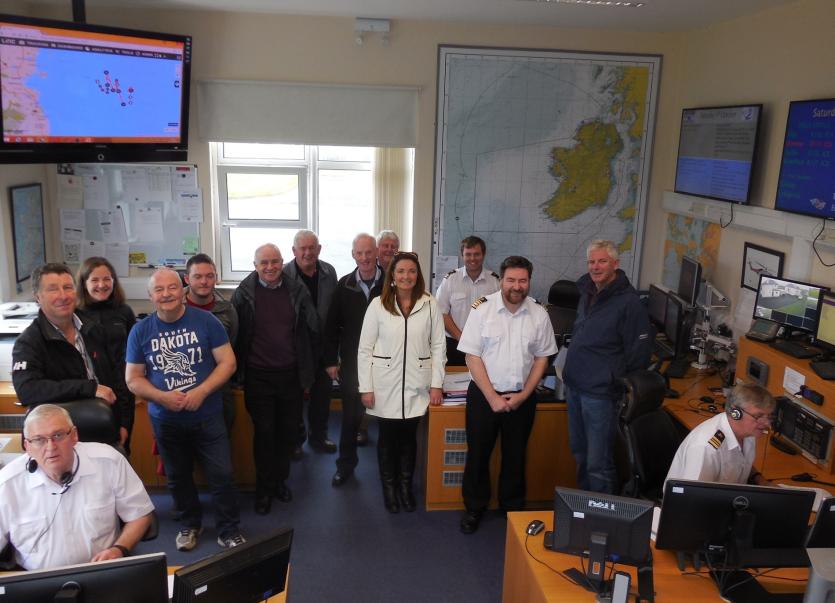 Sheephaven divers were the guests of the Irish Coast Guard at their Malin Head Radio Station on Saturday morning.

During a two-hour tour, Divisional Controller Derek Flanagan told the divers about the facility's past history and its current activities.

Malin Head has been a strategic communication centre since the early 1800s, when Lloyd's of London established a semaphore station nearby at Bamba’s Crown to observe and report on shipping coming and going across the Atlantic.

With Marconi’s invention of the radio, communication changed completely. After he conducted his first transmission experiments between Portrush and Rathlin Island, he moved the kit to Bamba’s Crown in 1902 and the world’s first radio station was born, when they communicated as call sign GH ship-to-shore with the SS Ontario.

In 1910 the station was taken over by the Post Office and the following year it moved to its current location and operated as a commercial activity, charging for ship-to-shore communications and onward traffic by the word.

During both World Wars, Malin Head Radio Station was considered to be a vital military strategic resource and staffed accordingly. Subsequently it reverted to its commercial activities, while providing its humanitarian obligations when distress calls were detected and subsequently relayed to the appropriate civilian and military authorities.

In 1990 the service underwent radical change when, as result of the Doherty Report, the Irish Marine Emergency Service (IMES) was established and was itself renamed the Irish Coast Guard in 2000. The Coast Guard currently runs the service in conjunction with radio stations in Valentia, County Kerry; and in Dublin.

In 1988 the last Morse code transmission took place from Malin Head, which today has the call sign EJM. Valentia is EJK, while Dublin has none.

The station tour was as fascinating as its history, with Derek taking the divers to the wonderfully called ‘Dirty Room’, resplendent with the station ghost. We were told by Station Engineer Gerry Keenan that it is not ‘dirty’ in a naughty sense, but because the sophisticated transmission equipment produces so much radiation laptops and other sensitive computers cannot work in the room.

The ghost is less well defined but nonetheless a part of the story of the radio station, along with the unique shape of the room, which had to be specially vented - the original valve operated equipment electrical sparking caused a build-up of dangerous gases, possibly ozone, which had to be constantly ventilated from the areas.

In the operations room, divers were introduced to the radio operators on duty, who were brothers Patsy and Neil Canning and Sean Diver, all from Greencastle.

While Patsy has been a radio operator for many years, he was originally a fisherman and has a fascinating link with Sheephaven: He had built the last 75-foot trawler out of Mevagh Boatyard, the Alenga II, in 1980. Today Sheephaven SAC regularly use the boatyard slipway to launch and recover their boats, when diving on sites in Mulroy Bay and Melmore Head.

Patsy fished the Alenga II for more than 20 years, after which he took up a new career with the Irish Coast Guard at Malin Head Radio Station. 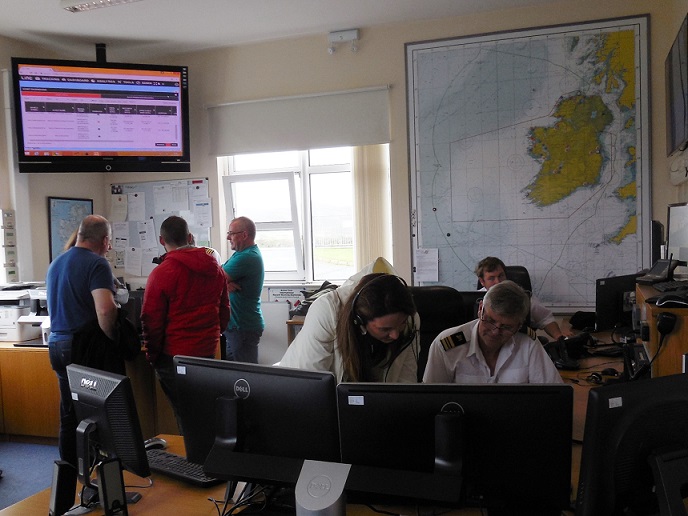 The radio operators' duties involved monitoring radio traffic, electronically observing shipping movements, detecting and responding to reports of maritime pollution and most importantly for mariners, coordinating search and rescue missions in their area of operations, which could be beyond the Irish economic zone in times of emergency.

The range for radio transmissions during the day is around 220 miles, but at night-time the signals can bounce across the upper reaches of the atmosphere, clear across the Atlantic and as far south as Bermuda.

Malin Head Coast Guard work in conjunction with their UK counterparts to provide an unbroken chain of search and recovery response to Mayday calls around these islands, and can call on both their own ICG volunteers and other civilian and military personnel and equipment to respond to calls of distress, should the need arise.

Another vital service the station provides is the weather forecast broadcast every four hours to mariners on behalf of Met Éireann, and the Sheephaven divers were privileged to be asked if one of the visitors would care to read the 1pm forecast.

So mariners at sea heard Caroline McGee read the weather forecast and were no doubt wondering if they had inadvertently strayed onto a Scottish channel as Caroline delivered the broadcast in her Glaswegian accent, certainly a memory for all to savour.

Sheephaven SAC wish to thank Derek and his colleagues for a fascinating tour of the Malin Head Radio Station, but more importantly for being there 24 hours a day to provide the most essential of emergency services that those at sea, divers included, can rely upon. 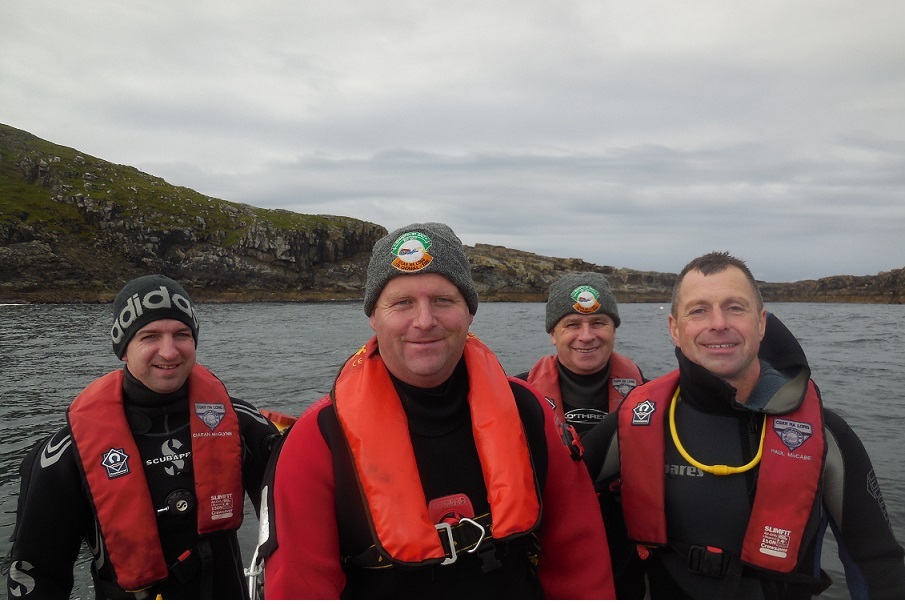 Sea conditions were a bit lively and along with the ebbing spring tide a decision was made to dive from Ravenny Island towards Melmore Head, keeping the rock wall on the left.

Maximum depth was over 20 metres, with a surface-to-surface time of around 40 minutes. In-water conditions were good, with a temperature greater than 12 degrees Celsius and visibility of nearly 10 metres horizontally. Large fish life is still quite abundant, which added to a lovely morning of diving.